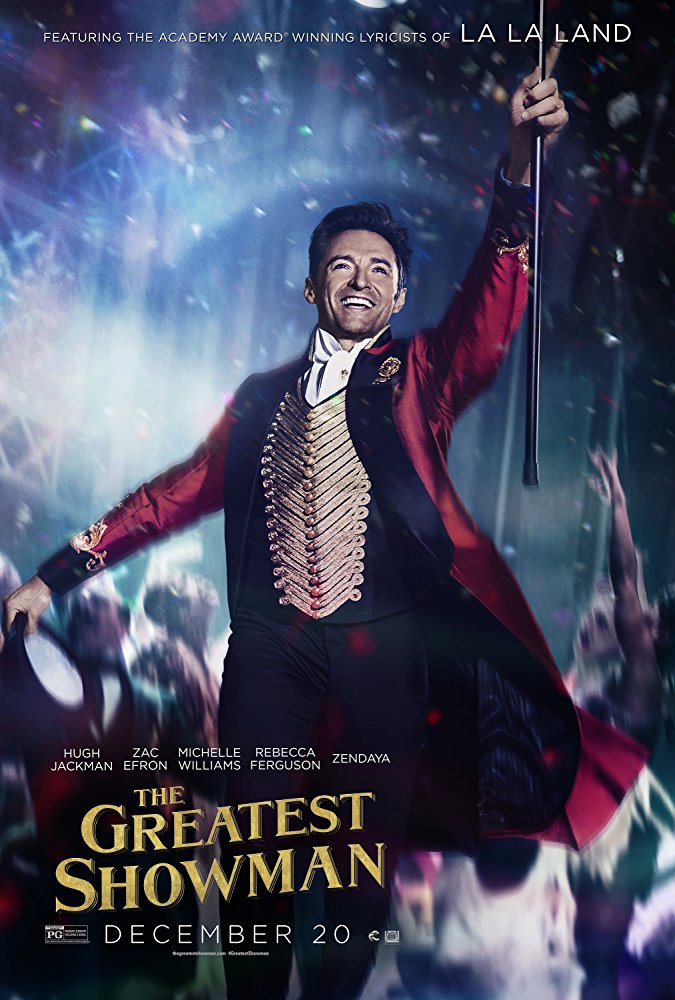 After opening to middling reviews, The Greatest Showman has become one of the surprise hits of the season and no one seems to know why. On one level, it is a chronicle of the rise of P.T. Barnum from a young unemployed man to creator of what Americans remember as The Greatest Show on Earth. On another, it tells the tale of the circus that toured the country by train for spectators who could never get to New York. Why do audiences love the movie after so many critics dismissed it?

Think about what Barnum did that was celebrated all those decades ago. The core of his early circus was known as his freak show – a group of disfigured humans to be stared at by audiences. The elephants that eventually opened his show as it grew are now protected. Carrying the animals and performers cross country by train is now considered cruel. Gradual but enormous changes in our culture began to demand more respect for both people and animals.

What people find in this movie is an old-fashioned movie musical that is magical in many ways. Both the acting and the score lift audiences into the story for two hours of pure pleasure as we revisit the spectacle. The movie sizzles on the performances of its actors.

Those formerly known as “the freaks” are brought to life by fine actors who let us get to know them as unique people rather than as a side show. We root for Zac Efron’s Phillip Carlyle as he grows from supporting pal to real strength. We cheer quietly for P.T.’s wife Charity (Michelle Williams) as she leaves her affluent family for life with an unemployed man with a dream. We find real joy as the gang known as freaks become a real force in the film. And Hugh Jackman builds and sustains the fun with his singing, dancing, and determination. He creates the infectious myth that Barnum began.

The music, dancing, and singing are unfailingly terrific and I, for one, was very glad to be sitting there with a sentimental tear in my eye. Thank you, Benjamin Pasek and Justin Paul for the music that is the heart of the movie and never dims. It is old fashioned in the best of ways as it carries all of us back to another time.

On a personal note, while at college I watched the Ringling Bros. circus train cross the Hudson River while marveling at the giraffes with their long necks sticking straight up from the open car. When I decided after set up to crawl under the side of the tent for fun, I came up under the belly of an enormous elephant in a long line of them and scurried through his hooves with the hope he wouldn’t lift one to smash me. The fun and the charm of this new movie is the mix of Hugh Jackman and the music. Let yourself go for two hours. It’s carnival time.