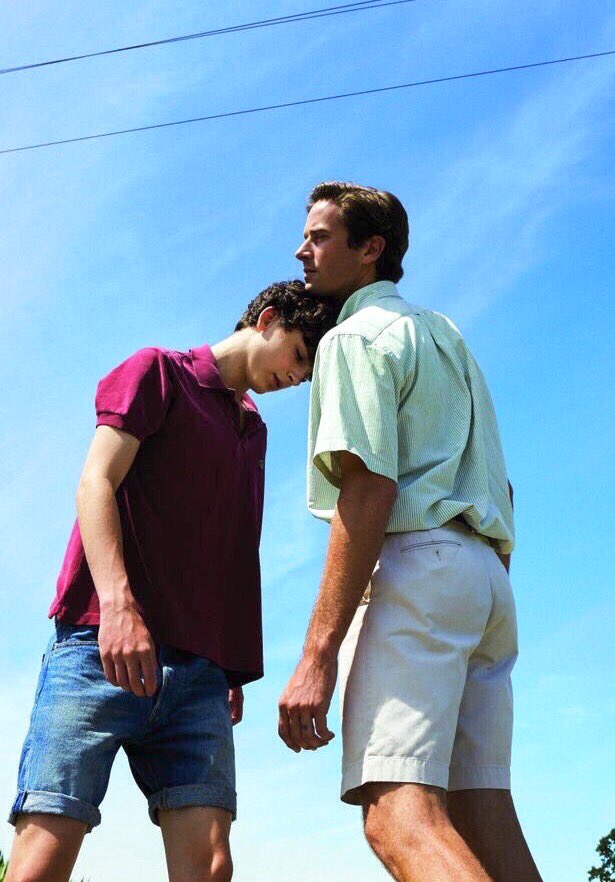 If you have any reservations about seeing Call Me by Your Name, I suggest that you erase them and go right now. How does director Luca Guadagnino get us to forget within minutes any reservations we might have about seeing a film about male homosexuality? He does that by giving us a work of art.

Guadagnino takes us to a 17th century Italian villa where we meet a gentle intellectual family. They have been described perfectly by the director as a family rooted in compassion, trust, and wisdom. Father Perlman (Michael Stuhlbarg) is a professor of Greco-Roman culture, mother Annella (Amira Casar) is a translator, and both work at home. Son Elio (Timothee Chalamet) is a thinker who writes music while studying piano and musical history. He is also seventeen years old.

Whenever the father needs help with research he imports a young academic as his assistant. Oliver (Armie Hammer) arrives for that temporary stay. Elio, who has had a lovely friendship with Marzia (an excellent Esther Garrel) while they explored their new interest in sex with trust, is stunned by his strong attraction to the visiting researcher. When Oliver understands what Elio wants, he is careful and protective of the boy’s age and innocence.

As they bicycle and walk and swim, we in the audience are soaking up the beauty of the Italian countryside. No paved roads or cars, just peace. By the time Elio and Oliver indulge themselves, we realize Elio’s parents are extending to their son a quiet understanding of where he is at the moment.

In other hands, this movie might have been fraught with disapproval, tempers, and drama. Mr. Guadagnino has quite literally created magical surroundings and wise, quiet people for an utterly natural coming-of-age story that catches much of what so many feel but don’t say.

Michael Stuhlbarg and Amira Casar – as father and mother – are thoroughly winning as they set the tone of understanding. And a salute is due the designers of the peace of life in the surrounding Italian beauty that sets the tone.

Director Guadagnino avoids all the trappings of a predictably difficult subject and hands us instead quiet time to think of what is actually happening emotionally in all these good people. He never asks us to take sides. His final family scenes are written and acted with such dignity that most of us left the theater lost in quiet thought.

It is Timothee Chalamet who carries the main role so well that we are quietly on his team as he learns. Armie Hammer plays the older male with restraint and kindness until he understands exactly when it is okay to respond to his young partner. The final conversation between the parents we have come to like so much wraps the whole movie in a perspective that would probably have been impossible for other filmmakers. Their movie is on most lists of Top Ten Bests of the Year. The praise is deserved.