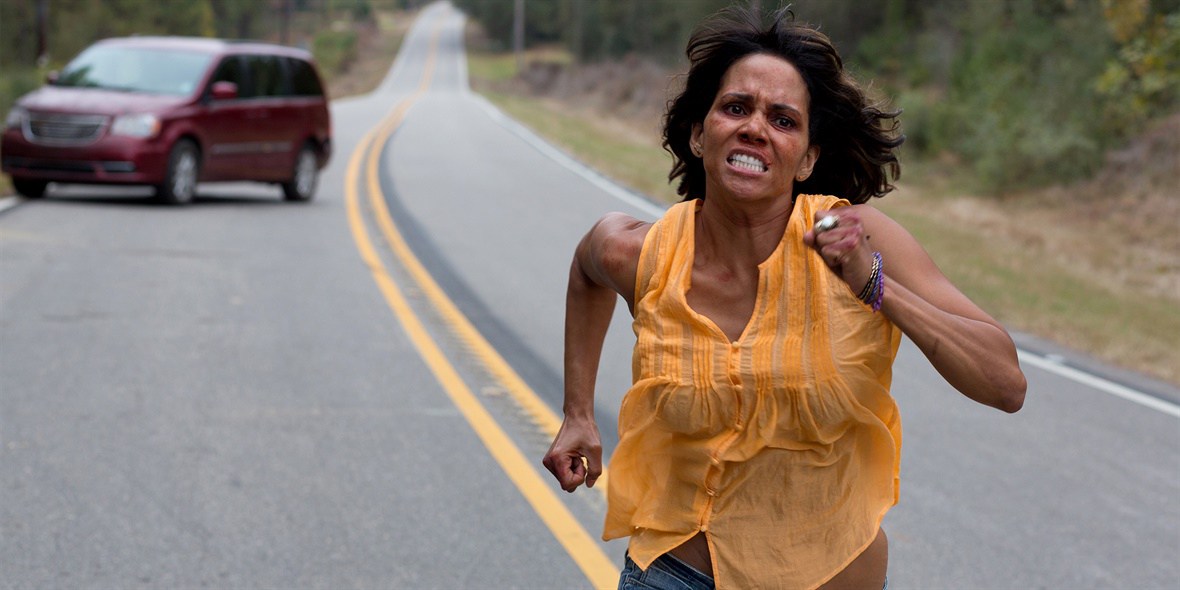 How often does a movie pull you so deeply into the screen that you forget where you are? Try Kidnap. Call it a B movie as the reviews do, but then explain to me why it grabs an audience, holds it, and needs only one hour and twenty-one minutes to wrap them in fear that lasts long after leaving the theater. Maybe that’s the definition of a good B movie: many faults wrapped in emotional overkill. Let’s look.

Karla Dyson (Halle Berry) has taken her adorable eight year old son Frankie (Sage Correa) to the amusement park for some fun. She answers her cellphone when she sees the call is from the lawyer defending her against her ex-husband’s suit for custody of their son. As she hangs up, she sees Frankie being hauled into a car. As Karla rushes to her Chrysler minivan, she drops her phone and loses her only way to summon help during the unfolding chase. She has only seconds to follow the turquoise car.

Whether it’s a good, bad, or mediocre movie to you, the theme goes to the heart of every mother’s deepest fear. We are given just enough time in the amusement park to see the love between Karla and her son. It’s right there that we begin to appreciate Halle Berry and Sage Correa.

Because the boy is whisked away so early, the movie falls entirely into the hands of Halle Berry who comes through in grand form. She drives at breakneck speed, causes pileups on highways, and slices across interstates. The fact that in reality none of this could happen matters not a bit.

Director Luis Prieto and writer Knate Lee wisely avoid following anything but Karla, and that brings up the only suspense lapse. Alone in her car without her phone, there can be no conversation so they have her say a prayer and reminisce a little. The effect? This is the only time the tension slows. The fuel of this story is adrenaline, and we don’t need to be relieved of our fear.

Halle Berry is so effective that we’re rooting for her through every single awful moment. Forget that none of the sudden plot changes could happen in real life. Not one of them is predictable or possible and each comes as a jolting surprise. It is the abduction itself that can and does happen in reality and that is what generates fear in the audience. So don’t waste time criticizing the ridiculous twists and turns. Just think about Frankie.

The best solution is to cheer this brave mother on and enjoy the cockeyed twists and dangers that challenge her at every turn. And remember that Halle Berry is convincing in all the incredible situations. This is a B movie? Of course, but I promise you will never figure out what’s coming next to make you slam your eyes closed and you can thank special effects and Halle Berry for that.