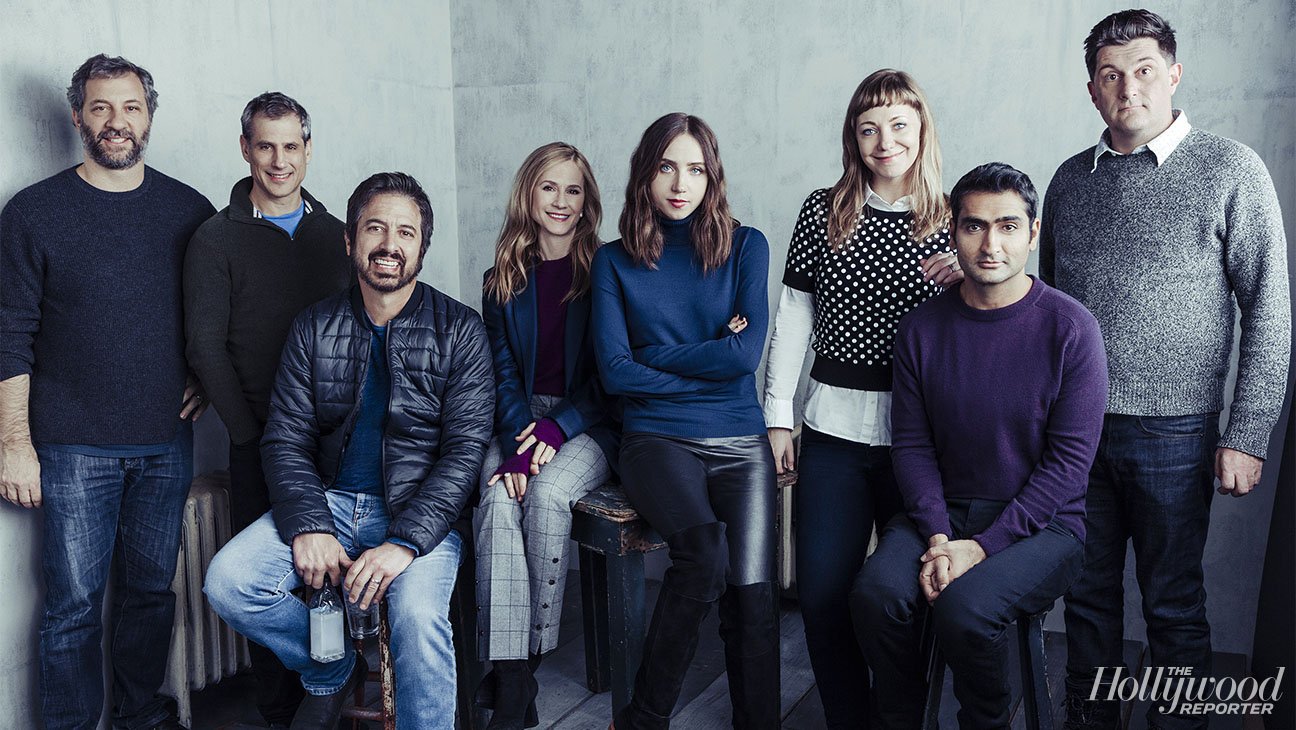 Don’t miss The Big Sick. It isn’t often that writers, director, and a large cast blend to create a story that spreads through audiences with an escalating sense of affection for all the players. Writers Emily V. Gordon and Kumail Nanjiani who are married in real life have created a screenplay rooted in their own story. It’s a good one.

Pakistani Kumail (himself) and Midwestern Emily (Zoe Kazan) meet in the nightclub where Kumail is trying to make it as a standup comedian. After Emily fires a comment at him from the audience, they alternate between living together and living their old lives which for Kumail means frequent visits to his strong family. His mother (Zenobia Schroff) follows custom by inviting a series of beautiful, smart Pakistani women for dinner to ensure that Kumail will marry one of them. His dad (Anupam Kher) is imperious – for a while.

Wonderful complexity sets in when Emily’s parents (Holly Hunter and Ray Romano) come east to take care of their daughter when she is hospitalized. Who is this Pakistani man who is so close to their daughter? And so we have two strong families who love their adult children and one whose culture demands marriage within.

Kumail is loyal and loving to his family but firm in his determination to become a real part of his new country. He will love his old roots right along with the new ones he is sinking. Imagine the fun of this emotional landscape. There are no bad guys, just differing cultural commands. We end up rooting for everyone, and the reason it works is that in this cast of many nationalities, each actor has a winning, quirky appeal. What fun, no villains. While all this is going on, we are laughing, empathizing, and enjoying their various roadblocks.

Zoe Kazan’s Emily is smart and salty, an irresistible life partner for our standup comedian. Though she’s onscreen for a short time, she’s so good she becomes the focus of the plot. Holly Hunter is eccentric and perfect as Emily’s mom. She measures everyone in her daughter’s life by whether they deserve to be there. Kumail Nanjiani who co-wrote with his real life wife and plays Kumail, is unforgettable. In a complex role of comedian/lover/ family loyalist, he is absolutely convincing – and lovable.

Director Michael Showalter manages both cast and circumstance with grace. How can he generate suspense and curiosity without any villains? Under his hand it happens naturally as the actors become indistinguishable from their characters. He is dealing with a rigid Pakistani family, a standup comic culture, and two terrific leads.

There’s no need here for manufactured conflicts. The cultural differences are a perfect playing field. In this large group of actors from different backgrounds, every one of them helps to lead us through several cultures, and not one of them turns out to be mean. Look forward to feeling yourself slip into gentle appreciation, and laughter.