The barren movie landscape of early summer brings us two movies that, if not great, are worth the trip for some of you. THE LOVERS focuses on the boredom of a middle aged couple who indulge in affairs to lighten their lives. The Wedding Plan follows a young bride deserted by her fiancé who decides to find a new groom and proceed with the wedding. Each movie probes the ingredients of marriage at different ages. One is American made, the other is entirely Israeli. If neither is thoroughly absorbing, each has some strong performances.

The Lovers is one long, slow trip through the love lives of a middle-aged husband and wife who are lighting their newly dull lives by having affairs with others. Before you hit delete, credit Debra Winger and Tracy Letts with good performances that save the movie from mediocrity.

Mary (Winger) finds Robert (Aiden Gillen) while Michael (Letts) meets Lucy (Melora Walters) for indulgent sex while in their home life they merely pass in the night. Just as their non-relationship begins to bore us, it becomes clear that director Jacobs is creating the familiar vacuum that frequently infects middle-aged couples after their children have grown and gone. In the absence of real drama, the audience is free to wish them both the best and to understand why they reach beyond their static lives. It’s a tour of marriage boredom rooted in respect. 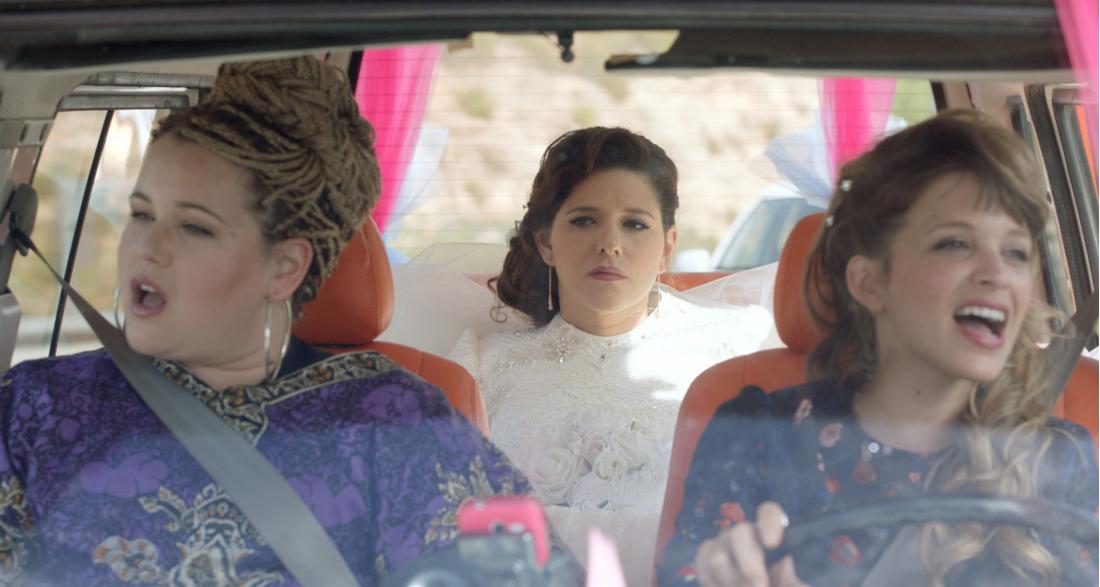 The Wedding Plan is an Israeli movie featuring Noa Koler as Michal, a bride deserted by her groom just a month before the wedding she had planned for the eighth night of Hanukkah. Koler’s Michal is a 32 year old woman fed up with both her home life and the dating game. She is lonely. When the groom vanishes along with her fantasies about married life, she decides to go ahead with the ceremony. She has one month to find a new groom and is firmly convinced her faith in God will help her do it.

Director Roma Burshtein and her lead actor Noa Koler create an eccentric character in Michal. She is cheerful on one hand, desperate on the other. Armed with charm, innocence. and her belief in God, she turns difficult as the men she meets disappoint her. She dreams of successes and failures. An appealing supporting cast supports Michal as best they can even though the odds are stacked against their friend who is trying to achieve her improbable dream.

Watching a comedy that is a sub-titled story rooted in another culture has its own reward. The inflections in their voices, their reactions to situations, the quirks of the culture make a fine background for the eccentric and appealing central performance by Noa Koler. Be prepared for the unexpected twist that comes after a few subtle clues but with a kick that makes us ask ourselves, “How did I miss that?”