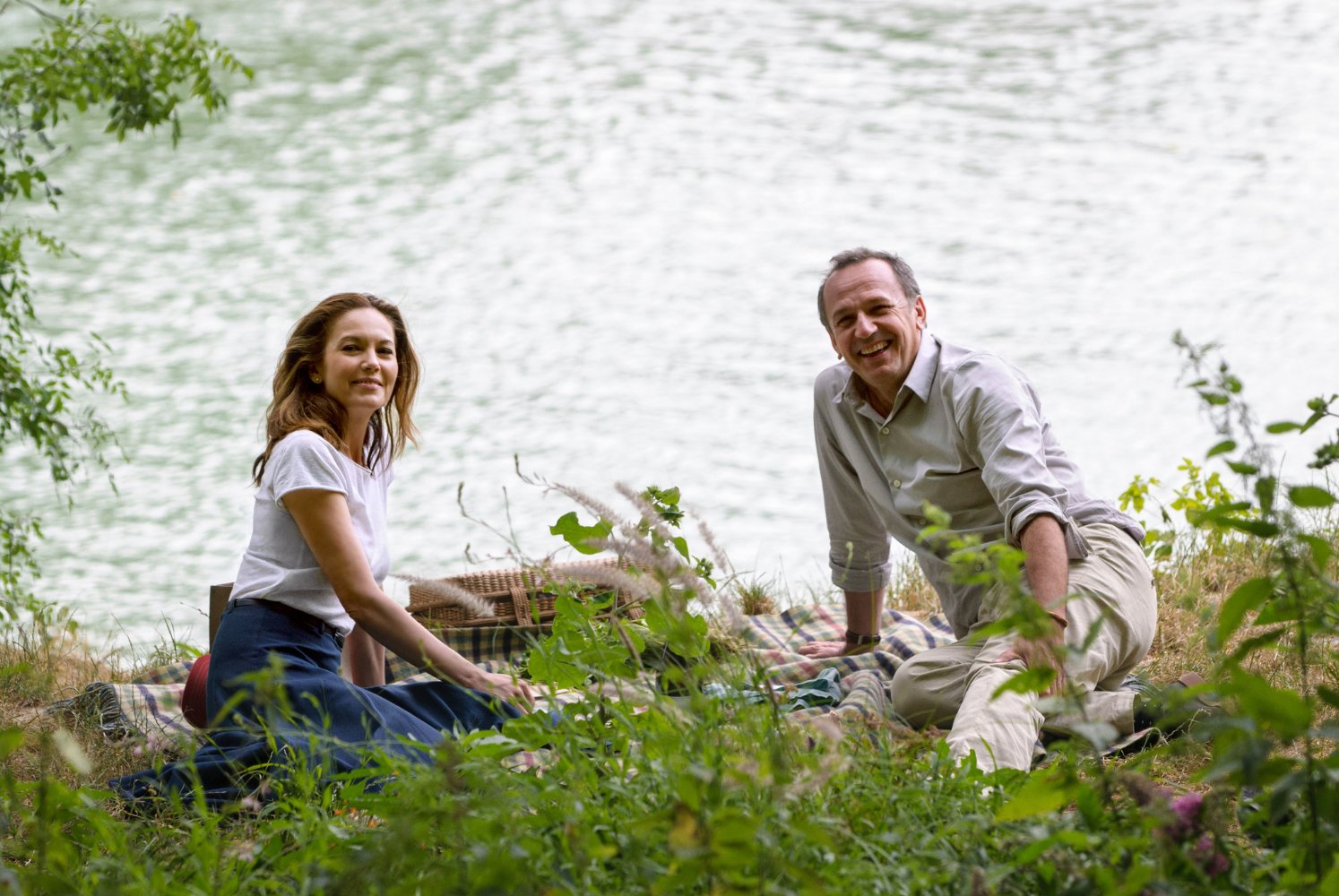 See Paris Can Wait when you’re feeling peaceful. It’s a lovely, subtle portrait of a quiet woman who begins to discover who she is. That portrait is delivered by Diane Lane in grand collusion with Arnaud Viard. The movie unfolds in such a way that its fans and foes will be predictable. Men over 60 may find it boring. Women of that age may find it an intriguing new key to middle age. The old among us will love comparing today’s rules for women with those of our day. The certainty: there will be a follow-up movie.

Anne (Diane Lane) and her movie producer husband Michael (Alec Baldwin) have arrived at the Cannes Film Festival on a typical wife-supports-her- husband business trip. When Michael is summoned to another city, he leaves Anne in the hands of his business partner, Jacques, who turns the short trip to Paris into a two day tour of his favorite vistas, historic sites, and towns. At every mealtime Jacques produces a magical meal in a beautiful place. “This is the best time of year to eat young animals,” he says as the American hides one under her napkin.

Jacques’ attraction to Anne is an immediate given but it also becomes clear that in his mind, that will be her choice, not his. His specialty is the seductive process. As they travel, Anne takes dozens of pictures of everything with increasing attention to close ups of art and tapestry. She is falling in love with textures, and when Jacques looks at her pictures, he realizes she is discovering who she is and who she wants to be. His desire for an affair is enriched by wanting to help her see more of what she is discovering about herself.

As Anne begins, in several ways, to grow beyond the supportive wife role into self-discovery, a quiet feeling rolls over us. She will enrich her life in a way women have never, until quite recently, been encouraged to do. The light in Anne’s eyes tells us not what she will choose but that for the first time, she sees options. She has begun to discover herself.

Eleanor Coppola has written and directed this movie with such quiet beauty that nothing seems overdone. Successful husband Michael still loves his wife; Jacques wants an affair with her and Anne, for the moment anyway, has, in an involuntary way, found out who she wants to become. Instead of seeker and sought, they are equals contemplating future pleasures. Arnaud Viard’s courtship via beautiful food and flowers provides comic relief and future possibility.

We all owe a salute to Eleanor Coppola who has made a small film say so much that we suspect she has been there herself. No sermons here, just the quiet certainty that yes, there is someone else inside a woman when she reaches middle-age. She is just beginning. Diane Lane delivers a beautiful and very quiet portrait of a woman finding her core.