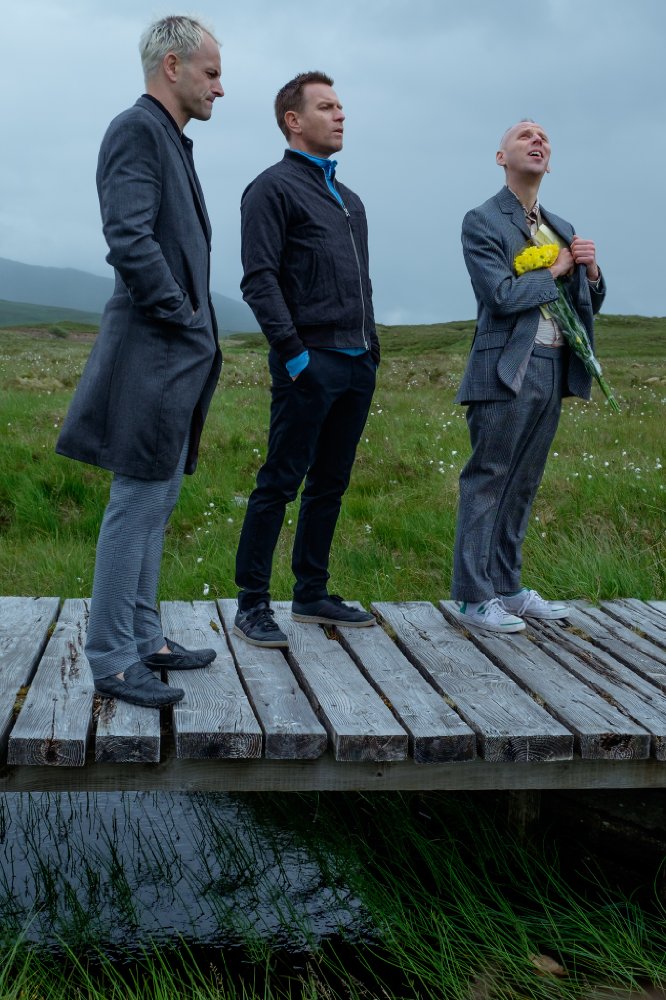 T2 Trainspotting hands movie critics a genuine dilemma. As a follow-up to a very popular first version of twenty years ago, it makes us wonder about the makeup of the audiences that loved T1 back then. Since I didn’t see that one, I can’t indulge in comparisons of the two, so here goes a shot at T2 which is already drawing appreciative audiences. I am not among them.

So there I was at T2 meeting four thoroughly unlikable characters. Mark Renton (Ewan McGregor) has returned to a shabby part of Scotland where he and three friends grew up together and came unglued after Renton ripped off his buddies. Sick Boy Simon (Jonny Lee Miller) is a cocaine addict who runs an escort business with his partner Veronica (Anjela Nedyalkora). Spud (Ewen Bremmer) is a physical and emotional wreck of a man who loves to write. A furious Begbie (Robert Carlyle) is serving a long jail term.

All of them are drug addicts. Most speak in a Scottish accent so heavy that they are unintelligible to other English speakers. You will have a tough time understanding more than a few words in every sentence. That alone renders the plot impossible to understand. We are dealing with unintelligible, middle-aged, drug addicted crooks. But wait; there’s more. Every few minutes – even when they are being civil to each other – they burst into physical violence as they beat their buddies with anything that’s at hand. Anything sharp or hard – a loose toilet, a shovel, is swung and knocks the victim down in a bloody mess. Even opening an ice box door is a violent act. These were friends just a minute ago and will be again. If you figure that one out, please let me know.

As Begbie breaks out of jail, he thrills to the news that Renton, who cheated him out of big bucks, is back in town and vows revenge. So in addition to the rage that erupts when any two of the four get together, we watch the rotten Begbie find joy in hanging an old pal from a barn beam. Spoken words are lost not just in the heavy accents but also in the loud, howling, snarls that envelop all conversation. Their snarls aren’t the dumb but simple repetitive four letter words we Americans use but base line scatological ugliness. Our swearing sounds like golden peace offerings by comparison.

But there is a good side. Director Danny Boyle has used a master’s touch to make this violence into a visual feast. Filmed in dark, sharp tones and set to a loud score, everything moves at a racer’s pace. We’re too scared to be bored. And so here comes the old question of what kinds of people will fill the theaters for T2. Perhaps some kind soul who appreciates unintelligible dialogue, drug addiction, betrayal, physical violence, and general cruelty will call me to explain those joys.