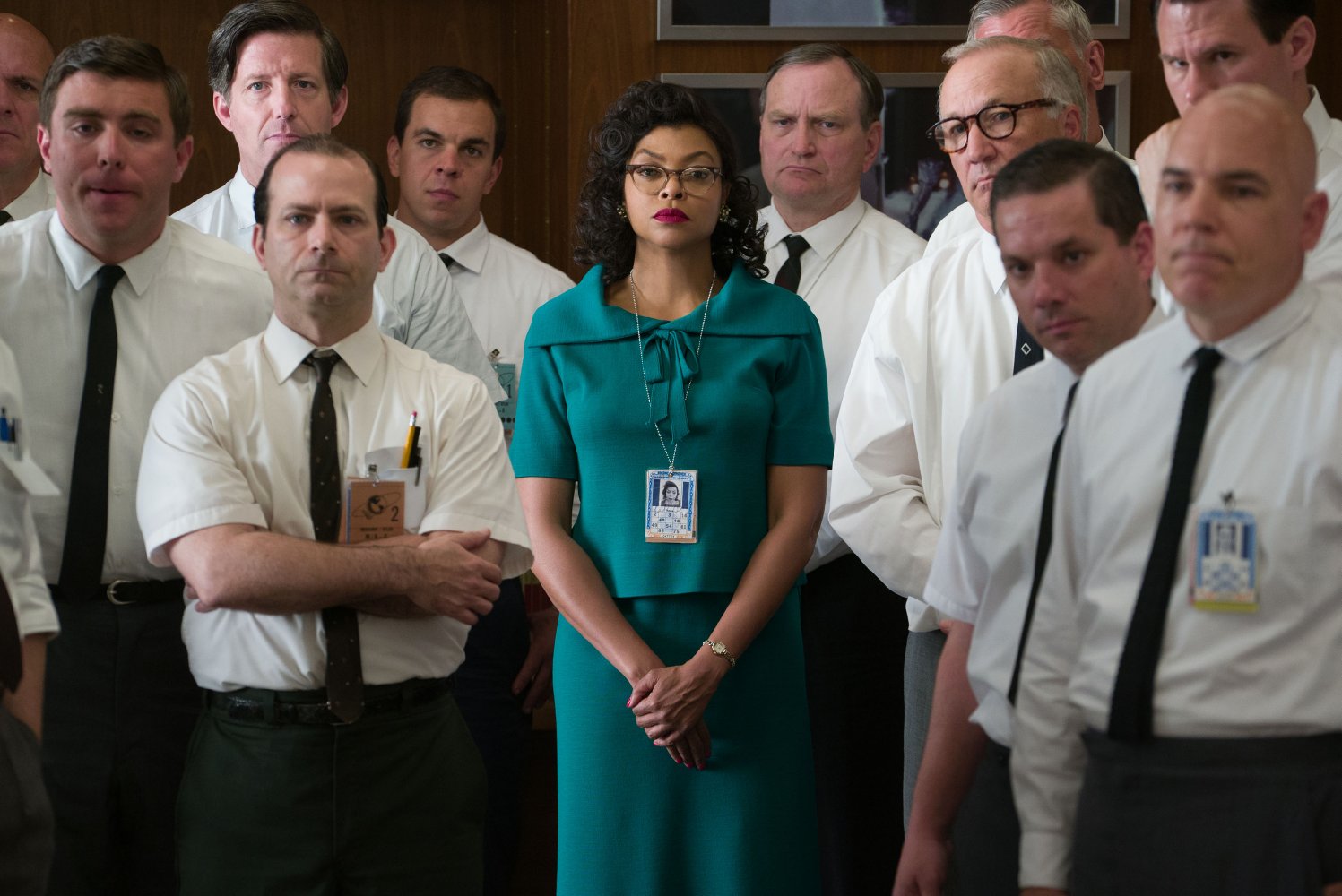 How many times can you suggest with confidence that people of any age will love a movie? Hidden Figures is a beautifully made piece of history that holds audiences with a grand mixture of known and newly revealed tales of the early space age. The biggest surprise is the role played by three African-American women in the success of the early space flights, especially the role of one in John Glenn’s initial orbit around the earth. So there you have it: the tension surrounding that flight and the experience of those remarkable women.

Alan Shepherd, Gus Grissom, and John Glenn are training for space flights in NASA Langley Research Center (’61-’62) while African-American women known as “human computers” work in a building twenty minutes away from the all-male lab. That lab, under the direction of Al Harrison (Kevin Costner) is having detail trouble as those men prepare for their flights. When Harrison asks manager Vivian Mitchell, manager of the mathematicians, who might be able to solve a looming physics problem, Mitchell, with serious hesitation, suggests Katherine Johnson (Taraji P. Henson). “Speak only when spoken to,” Mitchell orders Katherine, and when she steps into the men’s domain every man glares at her – some with curiosity, some with resentment.

And so we are reminded of what it was like for an African-American woman with advanced degrees to walk into a room of men who assume she is there to empty the trash. Whenever Katherine needs the bathroom, she has to walk twenty minutes back to her old building where there was a bathroom marked “Colored Only.” This is the woman who skipped several grades when she was six years old to enroll in the 6th grade at a school for gifted students. When Harrison learns about the 40 minute round trip to the bathroom, he takes action.

This story of the trio of star mathematicians is acted beautifully by Taraji P. Henson, Octavia Spencer, and Janelle Monae. They play three brilliant women moving through life in the silence that envelops them in the segregated world where they work. And when they go home we watch them drop the silence of their day jobs as their wildly different personalities bloom in the company of their families. Kevin Costner also earns a big salute for creating a strong space team boss whose rigidity melts as he learns.

Much of the pleasure of all this comes from watching this story of the 1960s unfold from our present vantage point of 2017. The culture of fifty years ago broke scientific and social barriers in exciting ways, and all that is delivered by a gang of actors who knew exactly how to drop themselves back over those five decades to show us a key part of our history. The best of the lingering pleasures is the recognition of the women. You may be surprised at how much of this story stays with you long after leaving the theater.