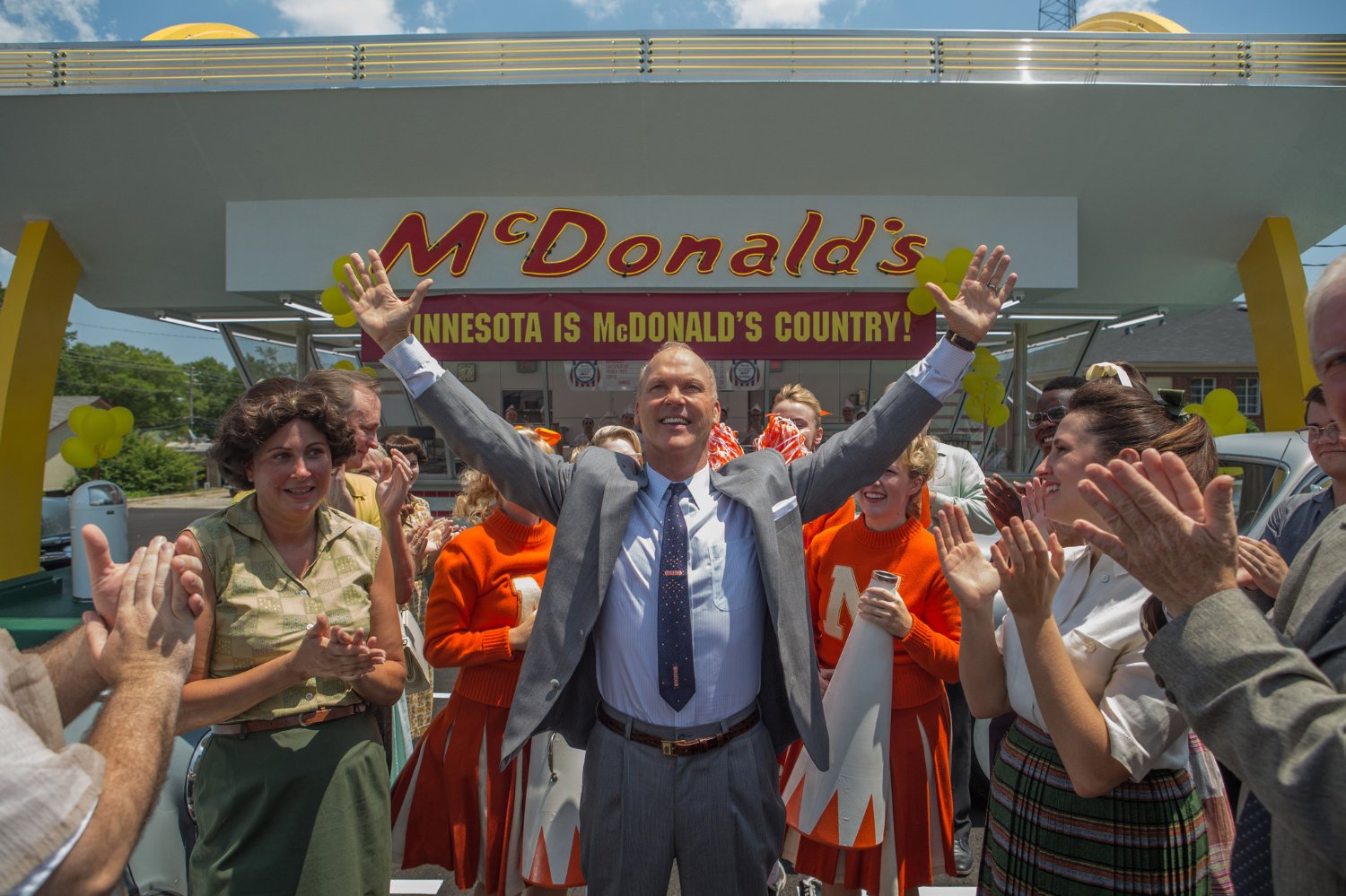 The Founder is a very clever title for this history of the McDonalds empire. A more appropriate title might be Theft of an Empire. The actual founders were Dick McDonald and his brother Mac who opened their first store in San Bernardino, CA. in 1954. They kept it immaculate, controlled the menu carefully, and became known as founders of the first fast food business. Hamburgers, French fries, cokes, and milkshakes were delivered in moments. Instant food in a bag for eating in your car was – and still is – the essence.

And here’s the movie: an ambitious dynamo named Ray Kroc talks his way into the McDonalds’ company and begins building new sites that will carry the stores to 1600 locations around the world.

Kroc sees the potential immediately but the arguments begin early. He is wild-eyed while the McDonalds are conservative. As the restaurants spread, the brothers worry that size will compromise quality while Kroc’s ideas know no limits and they work. New locations are chosen and the global expansion is under way. In a crass grab, Kroc assumes for himself the title “The Founder.”

Michael Keaton’s Kroc is the definitive hustler. He covers the country in his car scouting new locations and new ideas. It’s on one of these drives that he starts noticing that court houses are topped with flags while churches are marked with steeples. Of course. Two golden arches will announce McDonalds. Is there any one of us who sees those arches in towns and on highways without knowing exactly what they represent?

Kroc is so caught up that his wife Ethel (Laura Dern) sinks slowly into alienation even as she tries to tolerate his absences and his absorption. She will be replaced. His relationship with the McDonald brothers is also fraying as he cuts into their guiding principle of honesty by substituting powdered milk in the shakes to eliminate the cost of freezer storage and delivery.

The fine actors – Nick Offerman and John Carroll Lynch as the brothers and Laura Dern and Linda Cardellini as Kroc’s wives – deliver fine performances but it’s tough to hold the screen with Michael Keaton who dominates with emotional, nearly physical aggression in his creation of Ray Kroc.

After years as a middling salesman, Kroc saw the vast future of fast food as soon as he met the McDonalds. Keaton captures the 24 hour days of Kroc’s determination to spread his victory all over the world. Persistence is what he calls it. His Golden Arches pepper the globe and are now expanding in China. His widow has given 1.5 billion dollars to charities – primarily to The Salvation Army and NPR. Perhaps that’s something to remember whenever we resent their ubiquitous presence.

It’s hard to love this guy but it’s some story as it explores where his determination and his personality actually took him. I’m not quite sure why Donald Trump’s name kept popping into my mind, but it did.