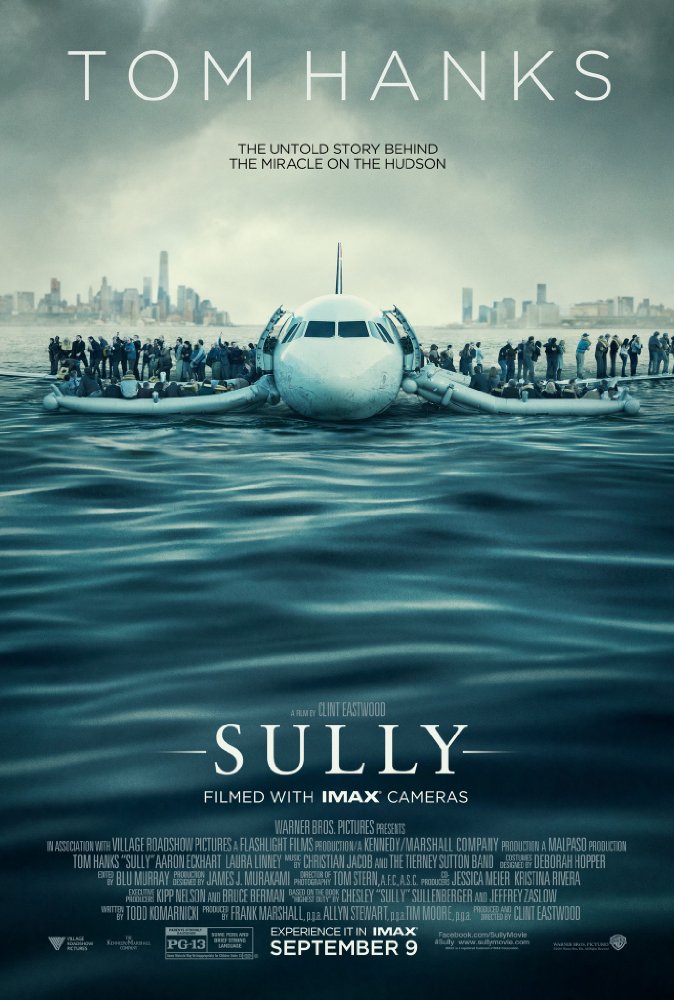 Director Clint Eastwood has infused the story of Captain Chesley Sullenberger with unexpected suspense and a deep sense of humanity. That is some feat considering that millions of us watched in January of 2009 as 155 survivors of the emergency landing of flight 1549 stood on the wings in the icy Hudson River. Sully is a stunner.

The fact: a flock of birds was sucked into the engines destroying their thrust. Dropping fast, Sully knew he could not follow incoming orders to return to LaGuardia. The Hudson River lay below.

In a landing so skilled that not one person was lost, pilot and crew had only minutes to evacuate the passengers who stood on the wings while the plane sank slowly. As it filled with water, Sully waded through the fuselage to confirm that no one was left behind. New York’s boats rushed to the rescue.

In the seconds, count them, between the birdstrike and his decision to land on the river, Sully called on every bit of the accumulated wisdom of his forty years of experience. The man who had delivered 1,000,000 passengers safely was judged on his final two hundred.

That’s what we saw as we watched that rescue live on the news in 2009. Less familiar is the prolonged story Eastwood gives us of the NTSB hearings that questioned whether the second engine – now lost – could have carried them to safety. And so we watch the hearings with a growing sense of the character of this reserved, experienced, honorable man who had done everything right.

No one could possibly have given us the very humane Sully better than Tom Hanks who conveys – without a wisp of melodrama – the core of the man as he testifies quietly and is rattled only by becoming the focus of television news all over the world.

Because Sully is so calm, so professional, his inner reactions to the accusations are contained, but it is one of Tom Hanks’ gifts that he can show us what Sully feels with a nearly invisible change of expression. Just as Tom Hanks is lucky to have this role, Captain Sullenberger is lucky to have this actor tell the public who he really is. One very decent man shows us the inherent decency of another.

Hanks is helped immeasurably by Aaron Eckhart who plays Sully’s co-pilot with exactly the strength and sharp support the embattled pilot needed. All the supporting cast members deliver. Watch Anna Gunn as an NTSB interrogator. Director Eastwood, by intercutting reality with Sully’s imagined possibilities, keeps the tension at high pitch.

For some passengers, flying is beauty, for others, convenience; for a small group, it’s an unnatural act. For these, a birdstrike is their nightmare and from now on they may look more carefully at the seated pilot as they board. They will be looking for a wise, experienced white-haired pilot who will know just what to do when the unexpected engulfs his plane.