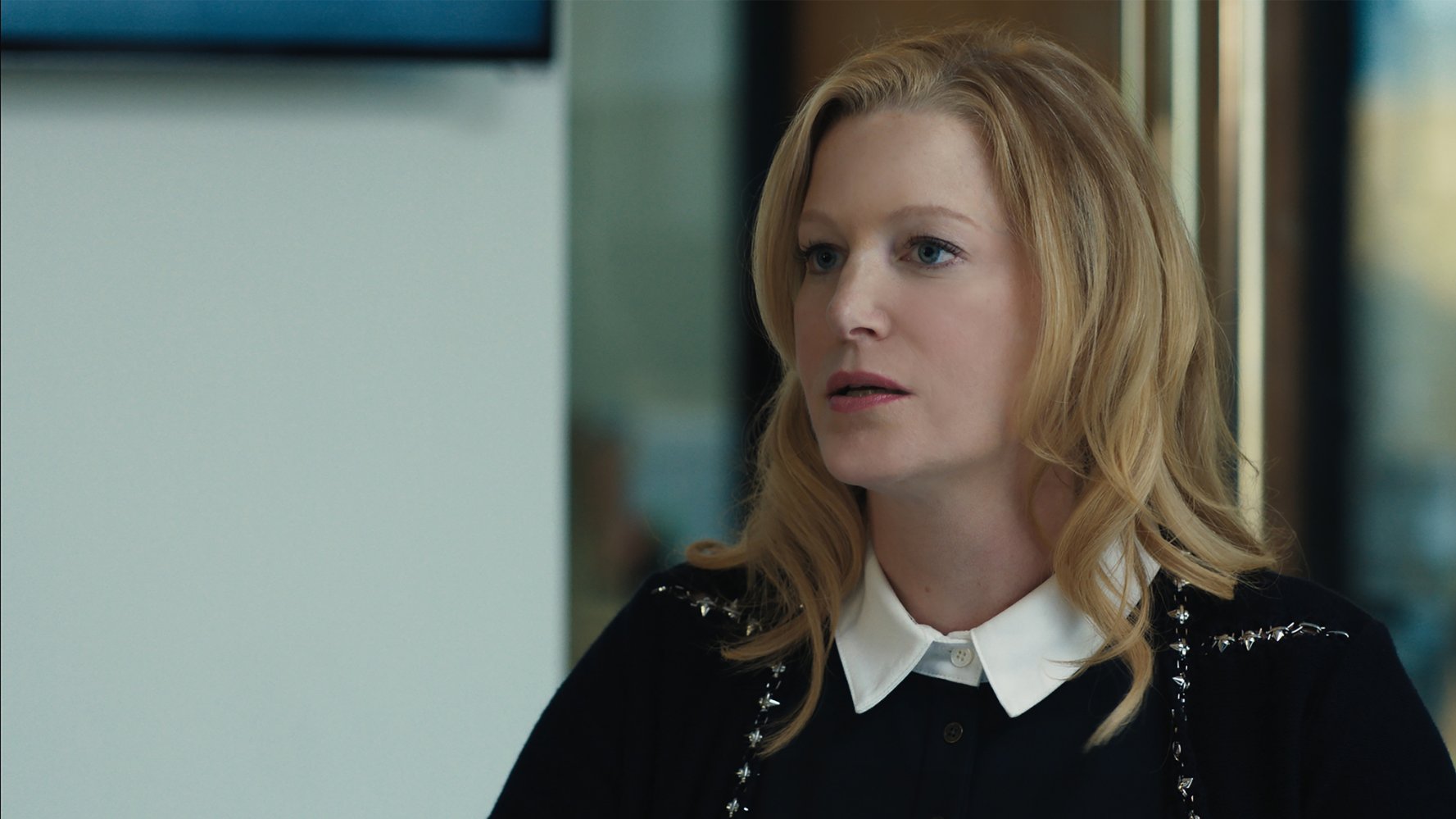 Equity is an argument inducer of the best sort and will draw a multitude of reactions from audiences who watch it. This is a film made by women about the relatively recent female invasion of Wall Street Their goal is to make good movies about women outside the usual stereotypical expectations and this first one lands with the force of a fireworks finale.

Naomi Bishop (Anna Gunn of Breaking Bad) nails the role of an investment advisor whose reputation is newly shadowed by damaging rumors regarding an IPO she had handled. As the current IPO guide for another company, she is both excited and determined that it go right. When the offering gives off the stench of rotten behavior, she does her best to untangle the mess. She is caught in the ugly web of IPO manipulation.

Naomi is operating in a world we all recognize from the daily newspapers – one where despicable behavior is tolerated and justified with the defense that it is not criminal. So pervasive is it in the financial world that everyone is under suspicion. As we learned in real world 2007, big banks were involved along with the hedge funds.

In this movie, the people who accuse Naomi of cheating try to remove her as their IPO advisor while she looks for the real villains. That’s no easy task when everyone is guarded in an arena where the language of business is rooted in secrecy and deceit. Trust is not an operative word in this world of glass offices and apartments of pseudo-intellectuals with African masks on the walls.

The operative path to victory lies in the constant surveillance made possible by cell phone technology. Business meetings as well as sexual affairs are recorded, rebroadcast, and used as ammunition. Naomi is at risk with big banker Michael (James Purefoy).

The business lives of the principals here are fueled with alcohol and labored, careful, conversation. What price can Naomi get on Cache’s opening day? Who can knock it down so their guys can buy in low? People involved in this devil’s dilemma go home to a variety of family lives punctured by constant cell phone demands. Probable divorce hangs over most of them.

Anna Gunn paints a nuanced portrait of Naomi Bishop who makes it clear that she loves making money and refuses to see it as an unworthy goal as long as honesty rules. She heads a good cast in a strong story.

Credit this group of women with refusing to wrap the first major film about Wall Street women in sugar. Director Meera Menon, scriptwriter Amy Fox, and Sarah Megan Thomas, who wrote the original story and stars in the film, all know that money is power and that on Wall Street, money is the only currency in human behavior. Credit them with creating characters who interest us as they navigate the ugly web. They give us the dark world of hedge funds with frightening force.