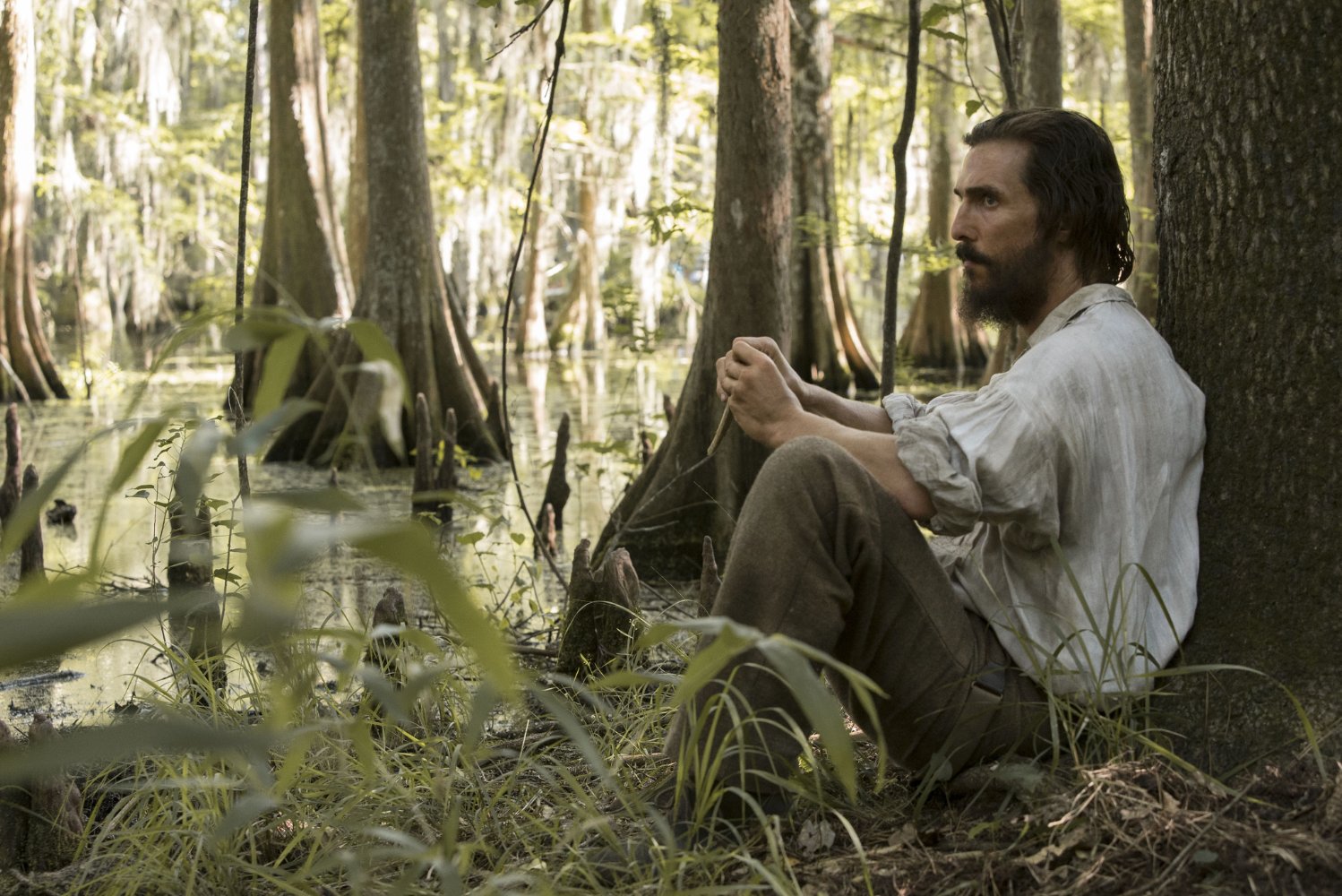 Free State of Jones offers an absorbing look at a small sliver of the Civil War. Written and co-directed by Gary Ross, it is the story of Newton Knight, a poor farmer who experienced corrupt behavior among Confederate soldiers and southern courts during the Civil War. Are you tuning out? Please not yet.

Matthew McConaughey sculpts a multi-dimensional character who has one quality ideologues lack: he learns from what he sees. He watches waves of Confederates and Yankees as they march in straight lines toward each other, then falling dead or terribly wounded by the inescapable gunfire. That was the routine of war. Just one century ago communication and medicine were primitive. He sees the rules of the awful game: officers first, no matter how serious the wounds of others, field Hospitals foul with blood and limbs sawn from the wounded with filthy saws.

Newton watches Confederate soldiers destroying farms, stealing grain, and abusing slaves and women. When the Confederacy announces that rich plantation families will be exempt from the draft, one exemption for every twenty slaves owned, two for every forty, Newton’s loyalties snap. He assembles a band of deserters and runaway slaves all trying to escape the inequities dealt them because of who they are. He declares “The Free State of Jones” in Mississippi which at that point is the richest state in the country. It is also the birthplace of the masked brutality of the Ku Klux Klan.

Gary Ross gives us a superb picture of the time as reflected in the gift of life to the rich, in the lack of any protection for the poor – even their right to the food they grow for themselves. The first part of his film is an explicit and nearly unimaginable look at the American war that killed 600,000 people. The rest is an intriguing exploration of the minds and motivations of survivors who have nothing waiting for them. Newton’s group of deserters and runaway slaves sees quickly that there is no place for them even though they are ready to work hard.

Matthew McConaughey’s Newton is an interesting study of a complicated man. GuGu Mbatha-Raw gives a lovely performance as Rachel, a plantation slave who leaves to join Newton’s band. Mahershala Ali makes Moses a gentle, wise, ally for Newton’s determination to start the free state of Jones County for the benefit of men and women – black and white – who have no place to go.

A history lesson? You bet, and it’s a welcome one – a searing glimpse of one grim piece of raw truth from that war. Gary Ross is very open about what parts are fictionalized – always the challenge when turning history into a movie. If it grabs you as it did me, go to his scene by scene explanation of the truth of his movie at freestateofjones.com. If only high school teachers would build a course on this film. Congratulations, Gary Ross.