A Conspiracy of Clerics 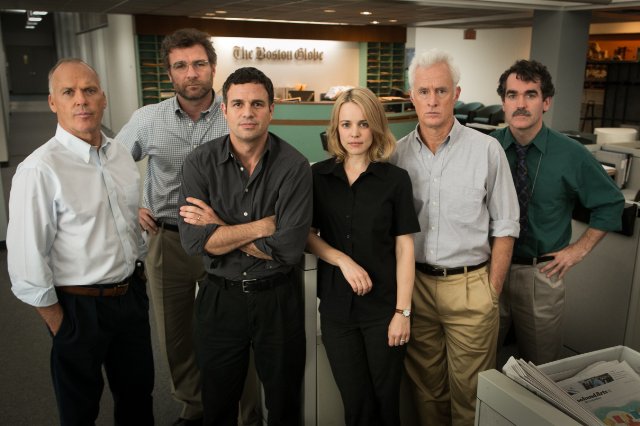 Make your way to Spotlight. Tom McCarthy has directed and co-written a powerful film about pedophilia in the hierarchy of the Catholic Church in Boston. By recognizing that the truth of this story is its power, McCarthy and his cast grab us by the collar and drop us right into Spotlight, the Boston Globe’s investigative team, as it searches for proof of the story that will rock Boston. It’s a measure of their success that the questions that bedevil those reporters immediately become our own.

Because the movie touches so many areas of human behavior, it triggers a wide range of emotion in any audience. How did 90 Boston priests molest children over the years without being exposed? Collusion. Was Boston’s Catholic culture so strong that even parents who knew did nothing? Yes. Think of the man describing a priest who visited him at home for sex when he was a child . What did his mother do? “Do?” He replied incredulously, “She put out cookies.” And when asked how she felt when Cardinal Law visited, “God came to our house.” Why did the Boston Globe not act for twenty years after they had been told by a victim?

When new editor Marty Baron (Liev Schreiber in a quiet, strong, performance) orders the Spotlight team to document and break the story, we are absorbed by the determination of Mike (Mark Ruffalo) and Sacha (Rachel McAdams). They and their newsroom boss Robbie Robinson (Michael Keaton) bring their own emotions to the unpleasant job of exposing ninety priests to public shame. Awash in shifting feelings of anger and disappointment, the reporters are astounded at the breadth of their discoveries.

By the time the team has finished, Cardinal Bernard Law is exposed and the proof of the long history of child abuse has gone national and international as sealed records are ordered released by the court. The scandal shook Boston and this movie shakes its audiences. It illustrates again the power of a free press in a democracy whose eyes were closed.

Mark Ruffalo and Rachel McAdams are outstanding as the reporters assigned to secure solid proof of their discoveries. Michael Keaton is restrained and subtle as the boss who insists on proof that the rot goes all the way to the top. Credit the entire cast, without exception, for avoiding theatrics and not letting the inherent drama overpower the real nightmare of the damage and collusion. Damage by priests to children. Collusion by the Church, the courts, and the legal profession. The Globe punctured that conspiracy of silence and the movie presents it without exaggeration.

As the film ended, a woman nearby stood up, turned toward us with tears in her eyes and wondered aloud how this could have happened. And then, suddenly, she expressed her anger that Cardinal Law was transferred to the protection of the Vatican and the protective arms of the Catholic hierarchy. The collusion continues. Watch the closing credits.