One Family During WWI
An Illusion Review by Joan Ellis 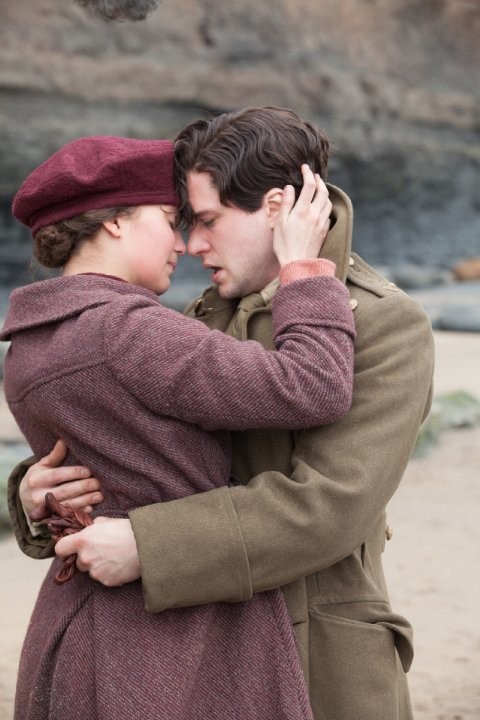 Testament of Youth is a profound look at the effect of World War I on one British family and by extension on all of Britain. We see no trenches or charges or shots fired. What we do see, in the story’s sharp focus on the family of Vera Brittain, is the destruction that spread homeward from the killing and wounding of more than three million British men.

In bringing Brittain’s memoir to the screen, director James Kent, cinematographer Rob Hardy, and the entire cast have filmed the story at a pace slow enough to allow the full weight of the sadness to sink into the audience. It’s that perfect pacing that delivers the impact of what happened.

Building on a foundation of great support from the filmmakers and actors, the movie is handed to Alicia Vikander who creates Vera Brittain as a sometimes harsh, often prickly young woman determined to go to Oxford in defiance of her father (Dominic West). In 1914 he rails “Oxford is no way to get a husband.” In a grand scene, Vikander establishes her character for us as she stalks out when her father gives her an expensive piano after refusing to pay for Oxford.

She finally wins her dream and heads for Oxford with Roland, her brother’s close friend who she has begun to love. But on that first hard won day, Roland (Kit Harington), Edward (Taron Egerton), and their friend Victor (Colin Morgan) leave suddenly for the war. As we watch Vera leave Oxford to become a nurse at the front, director James Kent creates the awful personal cost of war without battle scenes. We see young boys with horrendous wounds caught in odds that say they will die. Because the actors burrow into us with the innocent understatement of the time, we care greatly about each of them.

Alicia Vikander shows the smart, strong Vera fighting for an education against the culture of her time. She does what’s needed without complaint when her own dreams and the dreams of the men she loved are lost and she conveys all this with subtle understatement.

Vera Brittain tried writing her story as fiction, shelved it in frustration, and then wrote its reality in 1933. The truth of the story is a big part of the movie’s strength. “All of us are surrounded by ghosts,” a friend tells her after the Armistice, and that is what drove her to write her book.

Alicia Vikander gives us Vera Brittain’s story as the tribute it is to the men she loved. Beautifully filmed and acted on every level, it is also a tribute to the woman who lived it and wrote about it. Still prickly, she saw clearly the futility of war as well as its human cost. She became a pacifist. Ninety-Seven years after the bittersweet Armistice, no progress at all has been made toward eliminating war as a way of settling disputes among men.