For Your Pleasure
An Illusion Review by Joan Ellis 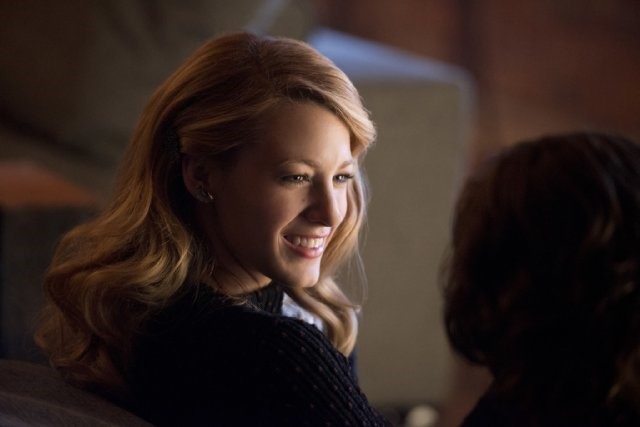 With top flight acting and an inspired storyline, The Age of Adaline is a real summer surprise. Don’t stay away because you hear it is a fantasy. What’s more fun, in the right hands, than watching the impossible morph through the improbable into the actual?

Here’s why it works. The script, written by J. Mills Goodloe and Salvador Paskowitz, is thoroughly intriguing. Director Lee Toland Krieger takes a fine cast of actors and guides them beautifully through the impossible. If any of those factors were handled badly, the story would collapse; instead the suspense builds gradually and then accelerates because it is all done with taste and skill.

Pay close attention during the first few minutes; you’ll be hooked. We learn that Adaline (Blake Lively) was born in 1908 and grew up to marry, have a daughter, and become a widow. A few years later at 29, during an uncharacteristically snowy night in California, she lies dying in icy water when her car plunges off the road.

A narrator uses scientific reasoning to tease us into accepting that what is impossible today will be conceivable tomorrow, specifically that what we are watching will probably be reality by 2035. We learn that Adaline, deprived of oxygen for five minutes before being revived by emergency workers, has entered a state of Anoxic reflex. (Skeptics, just Google it.) The result? She will be immune forever to the ravages of time. No more farfetched than driverless cars were a few years ago.

The grim reality of watching her daughter and friends age while she remains twenty-nine drives Adaline to a life of moving constantly in order to forego any lasting entanglements. Only her daughter understands. As she moves about with just a suitcase, Adaline is preternaturally knowledgeable about the details of everything that has happened in the century she has been alive. She is irresistible when she drops short bursts of many languages and details of history into whatever era she is passing through at the moment. In a twist we don’t see coming, Harrison Ford shines. Just trust me; it’s good.

Blake Lively, without ever overacting, is thoroughly credible as a woman who injects realism into a fantasy creation. Her Adaline has become very good at being alone but she conveys a nearly unbearable loneliness in her lack of connection to anyone. When someone comes too close, Adaline simply walks away, moving yet again until finally she rejects running and lying. Blake Lively shows us the pain of holding inside what is deep and important, the aloneness of never being able to tell someone how she feels.

The rest of the inspired plot – which is just too good to reveal here – unfolds in the capable hands of Michiel Huisman, Harrison Ford, Ellen Burstyn, and Kathy Bates. Without any false notes, they show us exactly what can happen when you put a good writer’s imagined tale in the hands of real pros.