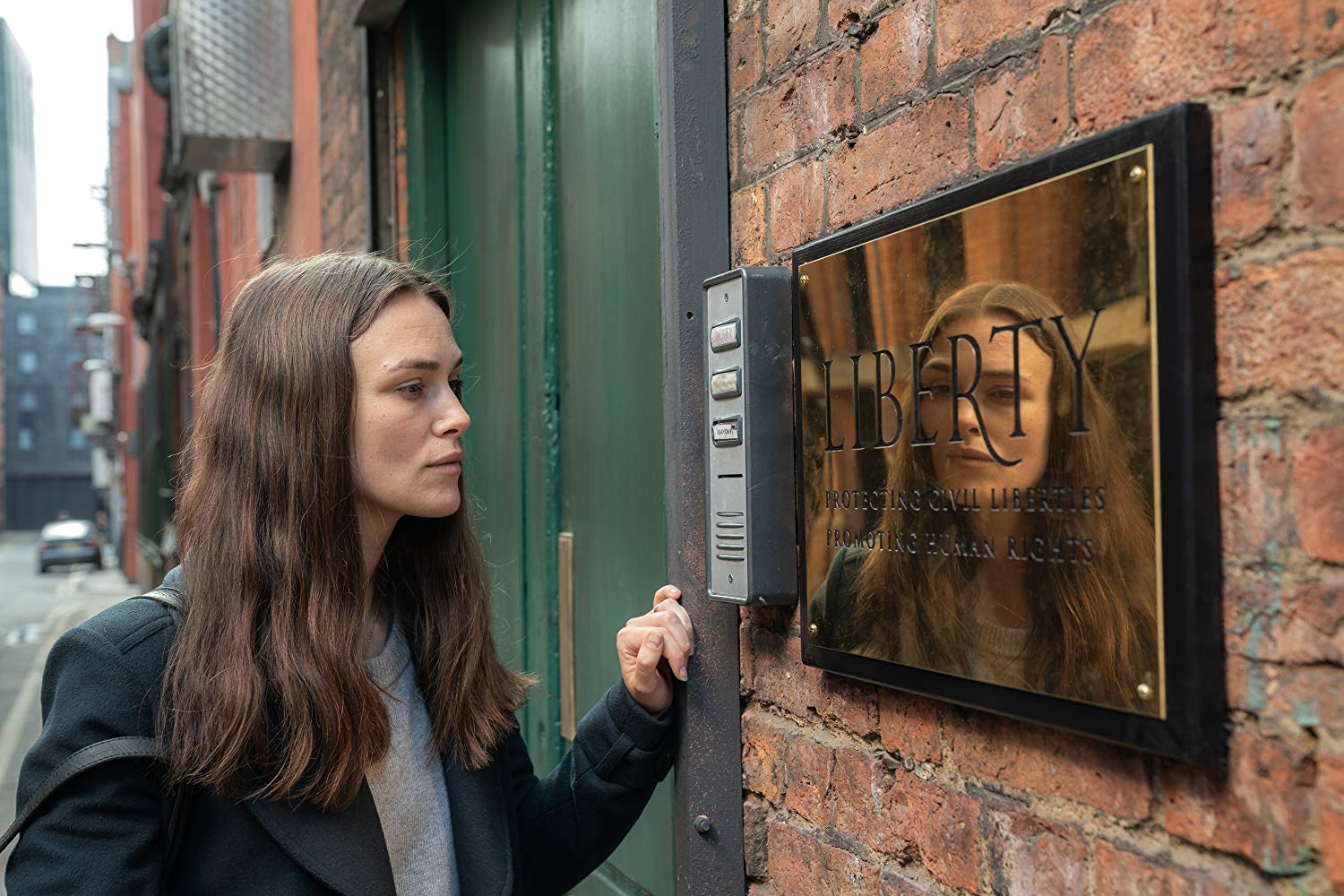 What is the role of an unimportant person who knows the truth of lies told by important people? Official Secrets is the story of Katherine Gun [Kiera Knightly], a young woman who discovers the shameful truth of the American invasion of Iraq fifteen years ago.

Writers Gregory Bernstein and Sara Bernstein dig into the ugly complexity of the details that were hidden for years by top level British/American collusion. Director Gavin Hood has turned their work into an uncomfortable ride through lies, blackmail, and plots. This movie uncovers the carefully calculated role of America in the story even after the British found the bravery to withdraw in shame.

The complexity of the unfolding story demands our close attention and were it not for two things – the truth of it and the actors who present it – the movie might have been a tough ride. The tragic deaths of thousands of young people are due to the administration of George Bush. His administration’s manipulation in taking our country and Britain to war in Iraq for no reason is criminal and has been kept secret for fifteen years. At rifle speed, the movie spews forth the names of people who worked for the press, in politics, and in the intelligence community at the time.

Kat Gun is a young worker in British Intelligence who is given a top-secret memo from America’s NSA that enlists Britain’s help in blackmailing UN Security Council members in supporting an invasion of Iraq. When Gun leaks that memo to the press she ignites a chain of events that threatens both her and her husband.

When Kat goes public with the scandal, the government responds with accusations against her character, deportation of her immigrant husband, and a brutal public trial. She is charged with violating the Official Secrets Act and is swamped with public humiliation. Under threat of prosecution and jail, Kat explores her conscience and summons an iron mix of bravery and determination. Even after she is told of the probable consequences to her and her family, she will not step into the illegal government plot to hide a war that had no purpose and killed thousands.

Under that public cloud, Kat meets with lawyers but talk in specifics is tough because the whole government operation is labeled Top Secret. We are watching the drama of the world’s respected democracy lying about their scandalous war, imprisoning a young woman who knows the truth, and deporting her husband to silence her.

As the government’s criminal actions, conspiracy, and lying are revealed, audiences are walloped with the realization that this is American behavior, not that of other countries we criticize readily. It is ours. All this is delivered by a strong cast. The final scenes are all powered so outstandingly by Kiera Knightley, that audiences sit in silent astonishment at the enormity of the criminality of our own country. We did this? Yes, we did. Who was punished for it? No one.