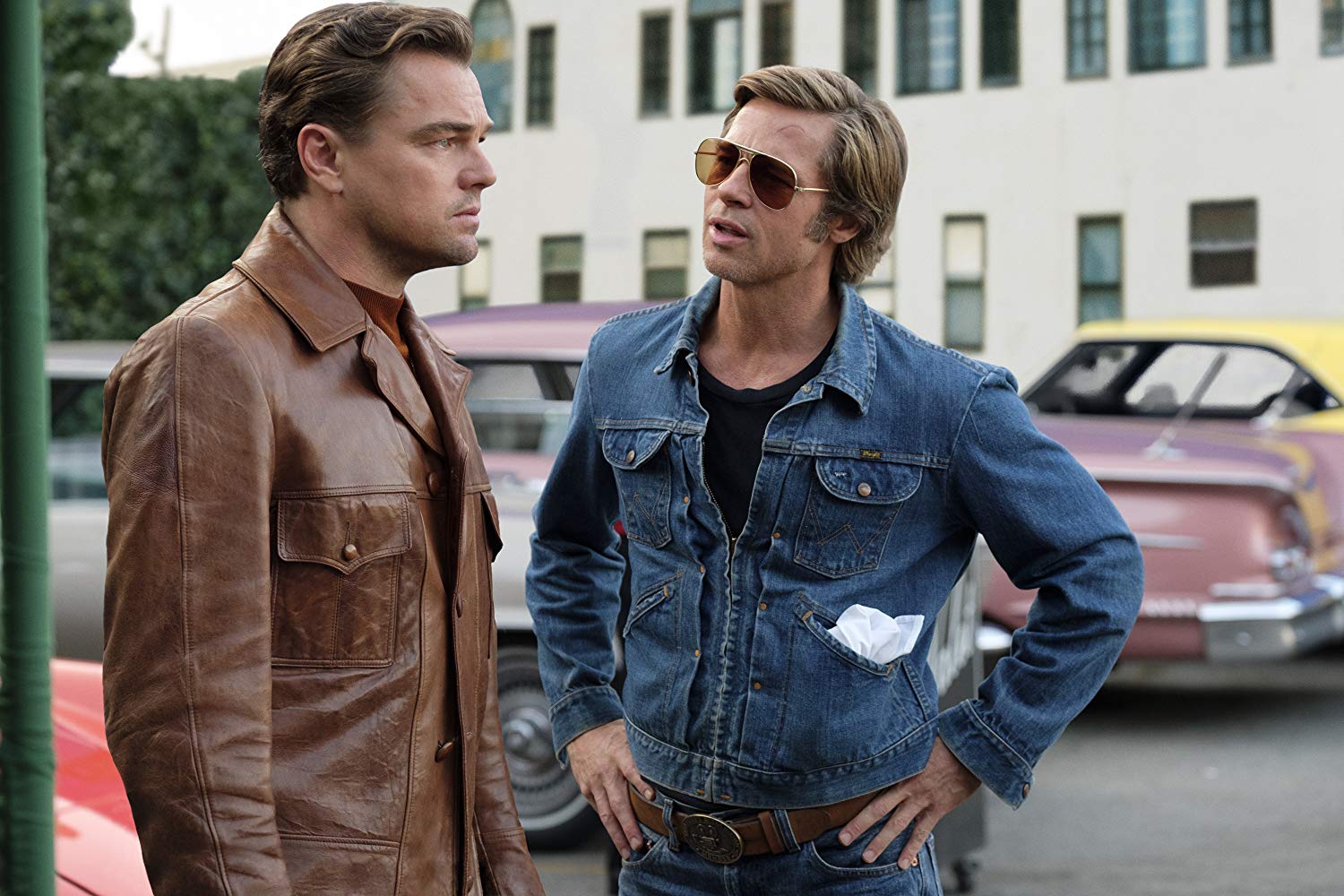 1969 was a key year in the slippage of power from old Hollywood to the new. Quentin Tarantino has made Once Upon a Time…in Hollywood as his goodbye wave to the old movie world. While it seems certain that people with any connection to the industry will love it, ordinary movie lovers may find its 2 ¾ hours – too long and often confusing. Those not familiar with that movie era may miss the significance of the move away from the Hollywood’s preoccupation with Westerns made by the industry’s enormously powerful male bosses.

Quentin Tarantino spends the first half of his movie showing us how it once was with a grand slew of the actors, movie marquees and characteristics of old Hollywood. He hands us actor Rich Dalton (Leonardo DiCaprio), an actor past his prime, and Cliff Booth (Brad Pitt), Dalton’s long time stand in for the violent scenes. The two are close friends who join in a roll through their empty new lives. No roles come for these two figures eliminated by the sudden death of the culture where they once thrived. 1969 doesn’t want them. Westerns are over.

The structure is innovative, a long film of short scenes with no verbal explanations. We must figure that out for ourselves – and we do. Dalton, the depressed former star, lives alone in his mansion while his buddy Booth lives in a trailer park. He is deeply miserable, lost in tears for much of the time as he wanders through the Hollywood landscape that was once the backdrop for his success as a cowboy actor. Booth is far less beaten down because his own skills of physical brutality will never go out of style in movies. Doesn’t every era need the cinematic sight of men destroying each other and their women?

As the two men wander through the new emptiness, we hear the sounds of the late ‘60s on movie marquees, background radio, and the small new wooden television sets. They drive and often act like the men they once created on screen and yet one has been rendered useless while the changing world around them is delivered to them wherever they look or listen. The value system delivered here is ugly – money, fame, mansions – lives empty of values. And yet, when they were actors, weren’t they just pretending? No, it sank into their bones.

When the violent second half is delivered by DiCaprio, Pitt, and the fine Margot Robbie, it keeps some pieces of the violence of that real-life era and changes others. Smoking, drinking, language, and crime are delivered in rapid fire motion that creates the ugly world behind the scenes that was so suddenly shattered by crime. It’s all delivered in fine form for people who understand it and you will walk out after the credits aligned with either those who loved the whole thing or those who were disappointed. Most movie reviewers are ecstatic. And you?