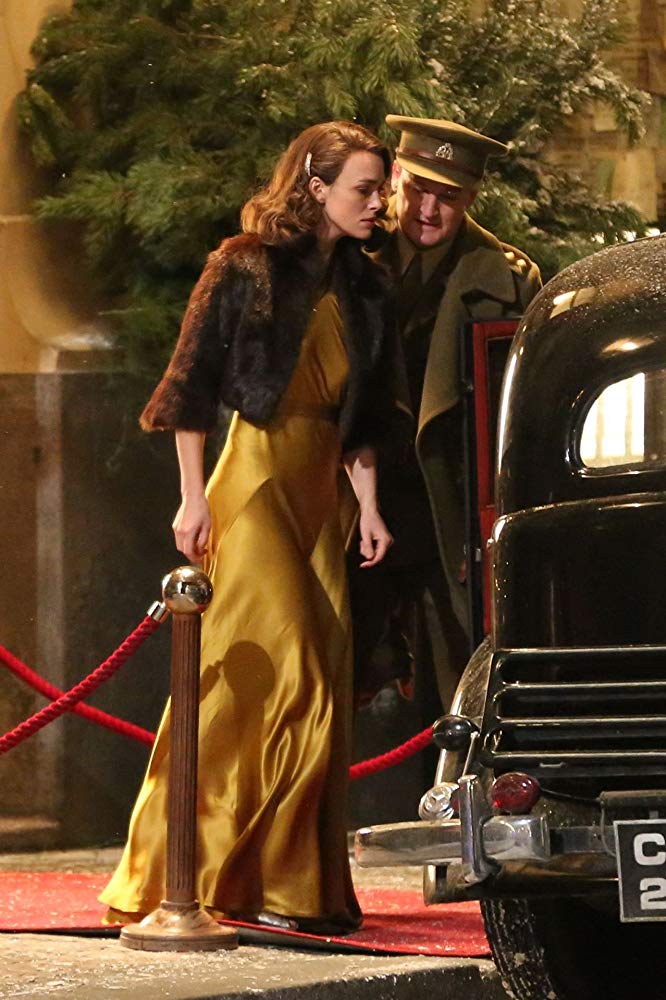 The bones of The Aftermath are solid. The setting – Hamburg in ashes after World War II – is haunting. The interpretation by the cast is first rate. Why then does the film become a little ordinary during its last third?

The story opens with Rachel (Keira Knightly) riding in silence on a train to Hamburg to reunite with her husband, Colonel Lewis Morgan (Jason Clarke). Director James Kent does a fine job of showing us the ruins of that city that followed the surgical strike by the British that killed thousands at war’s end. The city was reduced to ashes. Rachel and Lewis, the British couple, have been assigned to occupy a country mansion now lived in by German architect Stefan (Alexander Skarsgard). With a kind gesture, Lewis invites Stefan to stay on.

The wartime death of the son of Rachel and Lewis is the unexplained cloud that hangs over the couple. While their chemistry has the understandable feel of relief at war’s end, it is laced with restraint that is rooted in the circumstances around the loss of their young son.

The movie unfolds in the hands of the three fine actors who give us the story with their silences far more than with their words. When Colonel Lewis leaves for six days of an occupation crisis, Rachel and Stefan inevitably overcome their British/German resentment and become lovers. Director James Kent has designed a love scene bathed in a fluid mix of light and color as we wonder what will happen when the Colonel comes home to this love affair.

It is then that Director Kent begins to fall into the more conventional ups and downs of lovers/wives/husbands. You will spot the ordinary stuff. Even then though, we are still interested in this quiet film because neither the acting nor the dialogue ever becomes excessive. It’s just the script.

How can anyone resist the long opening train ride while we try to figure out who Rachel is and why she’s there? Equally affecting is the sight of conqueror and enemy, again in silence, learning to live in the same house.

For its first two thirds, the movie conveys the deep feelings of these quiet, damaged people in a way that draws us deeply into the ruins of war. The scars are delivered through silence. Is it worth going? For me, yes. Though ordinary slip ups do undercut the strength at times, actors conveying emotions with expressions rather than words is affecting. Silence is their language in a terrible historical time.

Keira Knightly does all that with few words and big effect. In the same understated but dramatic tone, both Alexander Skarsgard and Jason Clarke deliver strength and kindness with few words. The chemistry among the three is sophisticated. When the director turns to the ordinary in the last third, let’s look at it as excusable error in a story compelling for the silences laced with emotion delivered by three good actors.