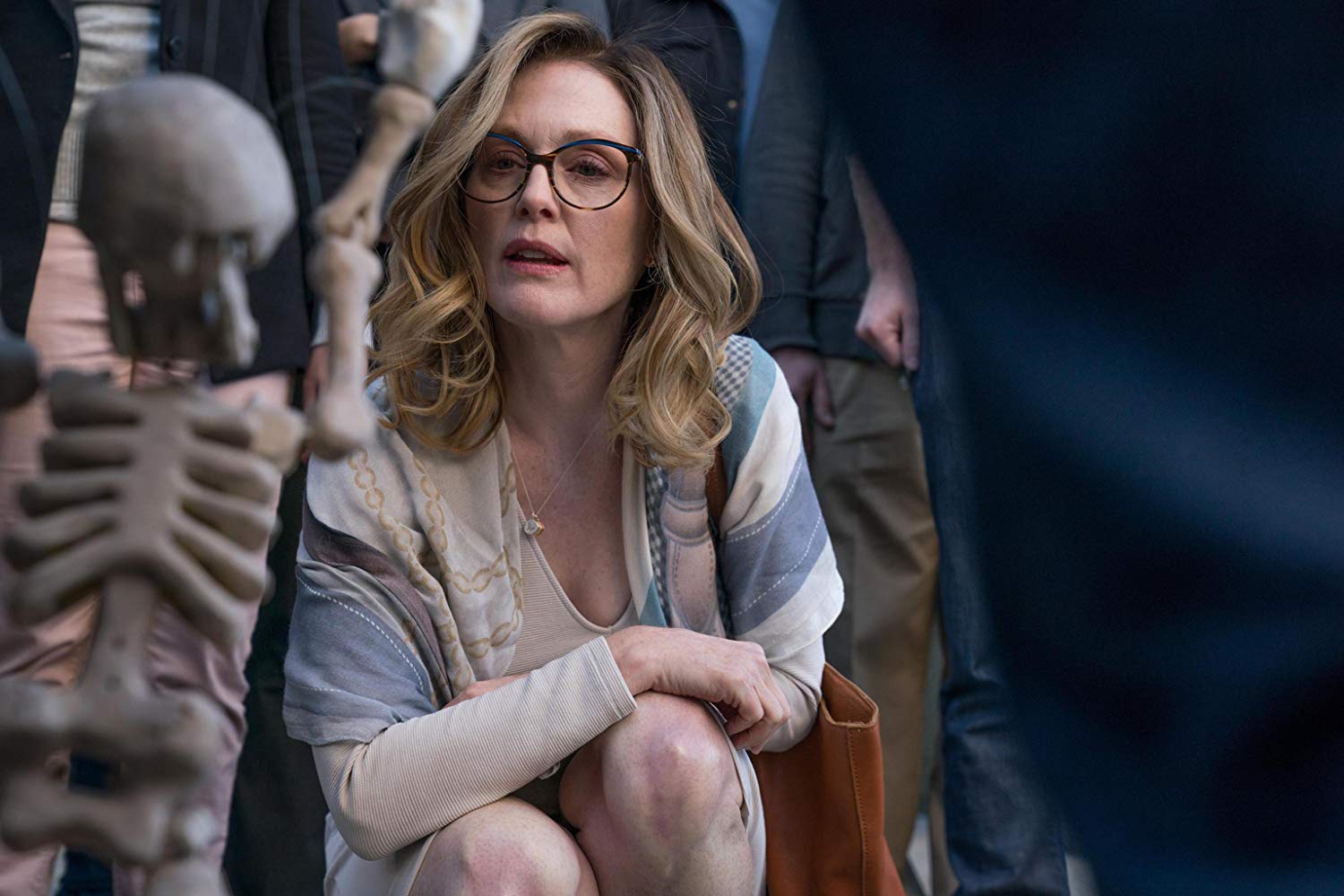 Gloria Bell is a provocative movie that is likely to stir women and bore men. For women it is a trigger to think about what it felt like after their last child had grown and left home – a time of new freedom that can carry great sadness for those who had been completely absorbed by roles they loved. As they stand newly free in their 50s, they face the challenge of figuring out their next life. They are standing in a chasm that is free of duty and empty of the love they had known.

Julianne Moore creates Gloria, a woman who has been single for fifteen years while raising her children to their adulthood. Now one is getting married and moving abroad and another is married with a spouse who is taking a break from him. As they leave, Gloria’s sadness is deep.

She tries repeatedly, and often wistfully, to help them but they don’t need help. One is marrying and moving to Spain with her new husband, one is raising his children while his wife is taking a respite from motherhood. She loves to dance and does it in a local bar, loves to sing and does it in her car but she is emotionally alone at too young an age. How can she, along with millions of mothers in that tough decade, fill the chasm?

She goes regularly to a familiar nightclub where she dances alone and is at peace. When Arnold (John Turturro) joins her at the bar, Gloria tells herself to like him, that he will fill the hole in her life. She does everything she can to love him, but the emptiness remains. A male view of this movie may well be that her sadness stems from the absence of a man. Not so. She is eaten by the vacuum left inside after spending two decades raising the children she loved.

Julianne Moore addresses all this by delivering the depth of those newly hollow years. Her Gloria wasn’t celebrating new freedom. She was looking for something deeper than that. She tries this and that – men, dancing, driving, exercise classes, friends, but nothing replaces the loss of what she had loved so much. She sings songs to her car radio. Where is that elevation she used to feel?

As a lover to Arnold, she still loves to dance and make love but her core never catches fire for the man himself. Each of them tries hard to make a second union work as they stumble over all the baggage each has brought.

Julianne Moore conveys all of this so convincingly that the movie may well help mothers who have the misfortune of being in their ‘50s before knowing all the good that can lie ahead. They can use the wisdom of their new age to design their new freedom – with men, with women, with career, with friends. Suddenly she sees that.