A Stunning Performance
An Illusion Review by Joan Ellis 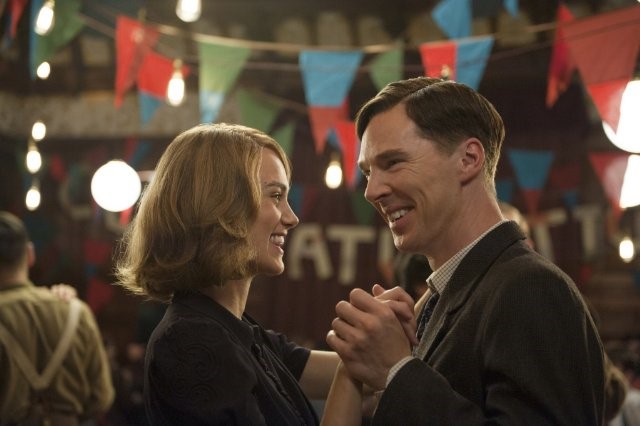 With the full force of historical truth, The Imitation Game pulls an audience in and never lets go.  When you add outstanding acting, directing, and photography to reality, the message is:  just go.

Director Morton Tyldum’s camera gives us Alan Turing’s short life in snatches from schoolboy years to becoming a fellow at Kings College Cambridge at 22,  to his time in Hut 8 at Bletchley Park where he broke the German Enigma code.  Winston Churchill credited Turing with the largest single contribution to World War II – shortening the war by two years and saving up to 14 million lives.

In the most moving moment of the Turing story, we learn that at the exhilarating moment of breaking of the code, it became immediately obvious that revealing the victory would allow the Germans to reset the code.  So began the cat and mouse game of saving this convoy, but not that one, this city, but not that one.  It was an unexpected and terrible power that fell to the team at Bletchley Park.  In the moral quandary of what to reveal and what to withhold, in order to win the war, a colleague says to Turing, “You don’t get to decide who lives and who dies, Alan,” and Turing replies “Yes, we can, because no one else can.”

Can the inherent drama of that story come alive on screen seven decades later?  Absolutely. Benedict Cumberbatch steps brilliantly into the written role by capturing Turing with a thoroughly credible mixture of arrogance, complexity and awkwardness.  This is a man who has no doubt of his own brilliance but lacks the ability to deal in the social niceties that inform teamwork.  Cumberbatch conveys Turing’s bafflement at the normal human interaction that surrounds him with expressions that tell us he is someplace else.

As Joan Clarke, Turing’s intellectual soul mate, Kiera Knightly enriches the story with her own quiet intelligence and fascination with the codebreaking challenge.  Matthew Goode is strong and appropriately reserved as the team boss who gradually recognizes the brilliance of the man under his command.  Playing Turing as a schoolboy, young Alex Lawther catches all the evidence of the genius the adult man would become.

Another lingering question: By pre-war 1936, Turing had invented a machine capable of any mathematical computations that could be represented as an algorithm.  If his wartime work had not remained secret until the early 1990s, would the computer as we know it have been born several decades earlier?  He was a man so far ahead of his time that even after 50 years of secrecy, his discoveries still jumped off the page when they were finally declassified.

In an excruciating coda, Turing was arrested for homosexuality – a crime in Britain and the U.S. until 1967.  Given a choice of a prison term or chemical castration, Alan Turning, who had done so much for his country, chose the latter and committed suicide in 1954 at the age of 41.