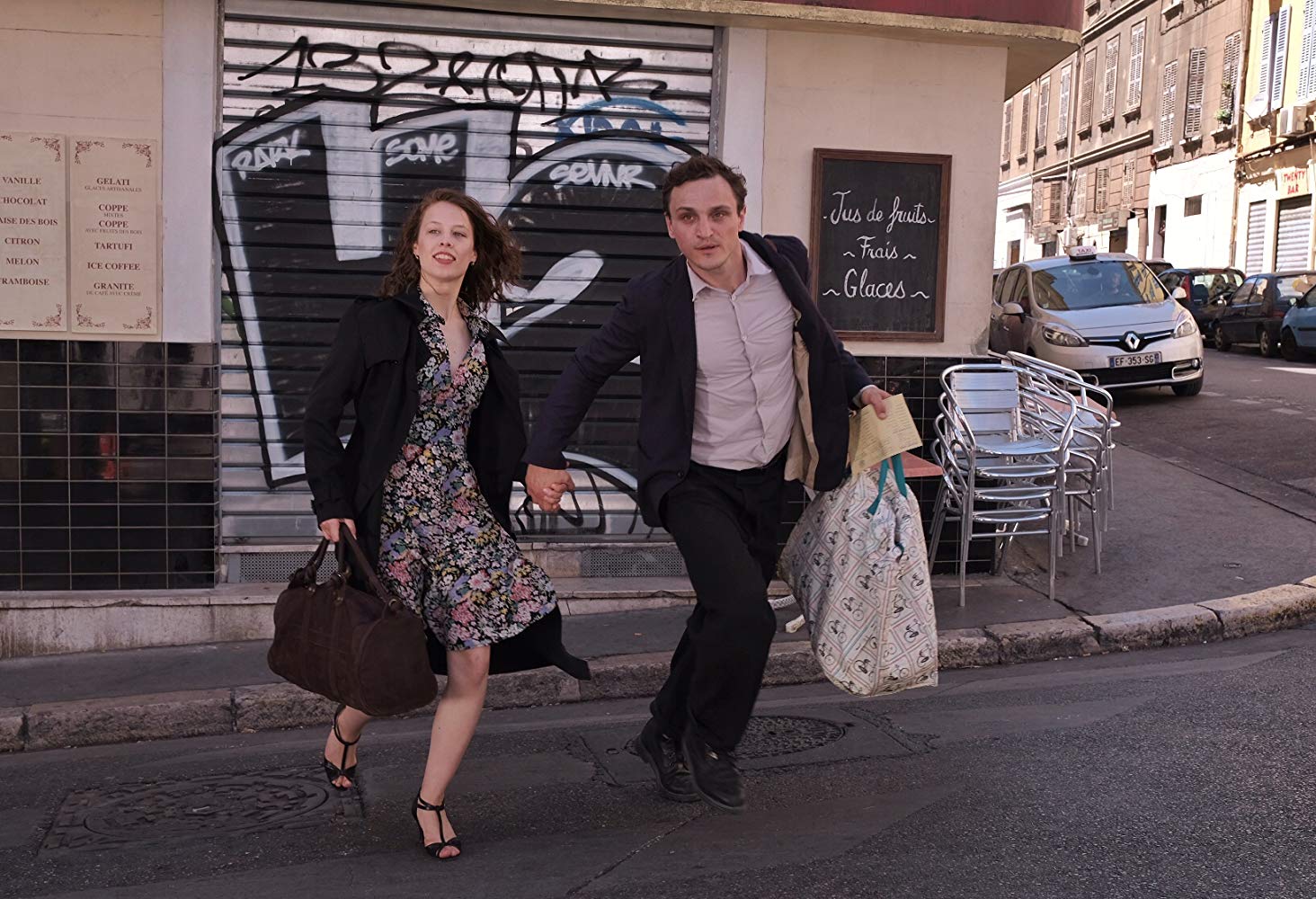 History hits every age group differently, sometimes with inconceivable hardship. In wartime, transit can be the zone that harbors survivors on the losing side. This is the story of Georg, a quiet man who faces internment and death if he fails to get on a ship sailing for Mexico or America. Transit, the movie, captures all this.

Writer/director Christian Petzold has accomplished the impossible by ignoring the specifics of any particular war. He has chosen to show us that all wars leave rootless survivors. Georg (Franz Rogowski) is the symbol of the tragedy of war.

The story opens with Georg caring for a dying man while hidden together in an empty room. When the man dies, Georg assumes his identity as an author and uses his unfinished manuscript to secure his own right to passage out of the country. He moves quietly through the time leading to the departure date, always in danger from the soldiers who are searching for their victims.

As fear and loneliness deepen in Georg, we in the audience begin to feel the despair of having no home, family or friends while being on the conquerors’ death list. In a dirty alley, he befriends a little boy. Every military sound forces him to run, to hide from the soldiers hunting for people without papers. Rootless, homeless and in danger, he meets people as he sneaks through the streets – the boy, the woman, the inspector. The depth of their tragedy and shame sinks into us with force.

“Who is the first to forget when one leaves? The leaver or the one who is left?” He loves the woman (Paula Beer) who is looking for her husband. Are hers the tears of new joy or despair? He never knows. For another woman, the despair is too much. He returns to the boy’s family apartment to help. They are gone too; their home is full of refugees.

Georg and the few people he meets have all been emotionally destroyed by loss and danger. The depth of their loneliness sinks into the audience. Aren’t all of history’s wars killing grounds where survivors carry deep emotional wounds? That is the unvarnished question asked by this story.

How has director Petzold given us this astonishing movie in a way that the audience sits in total silence and never wonders where, when, how? By not fussing over dates or places or the issues of this war, he focuses on the ruin of all wars by showing us one man who is hunted, alone, and marked for death.

After one country wins, survivors are on the run with no way back to their old lives and no way forward to new ones. Life and death, today and tomorrow have become phantom concepts for them. The director has taken us into the dark of their lives in a way that has put the characters in grim emptiness and the audience in stunned silence. What a symbol Georg is.