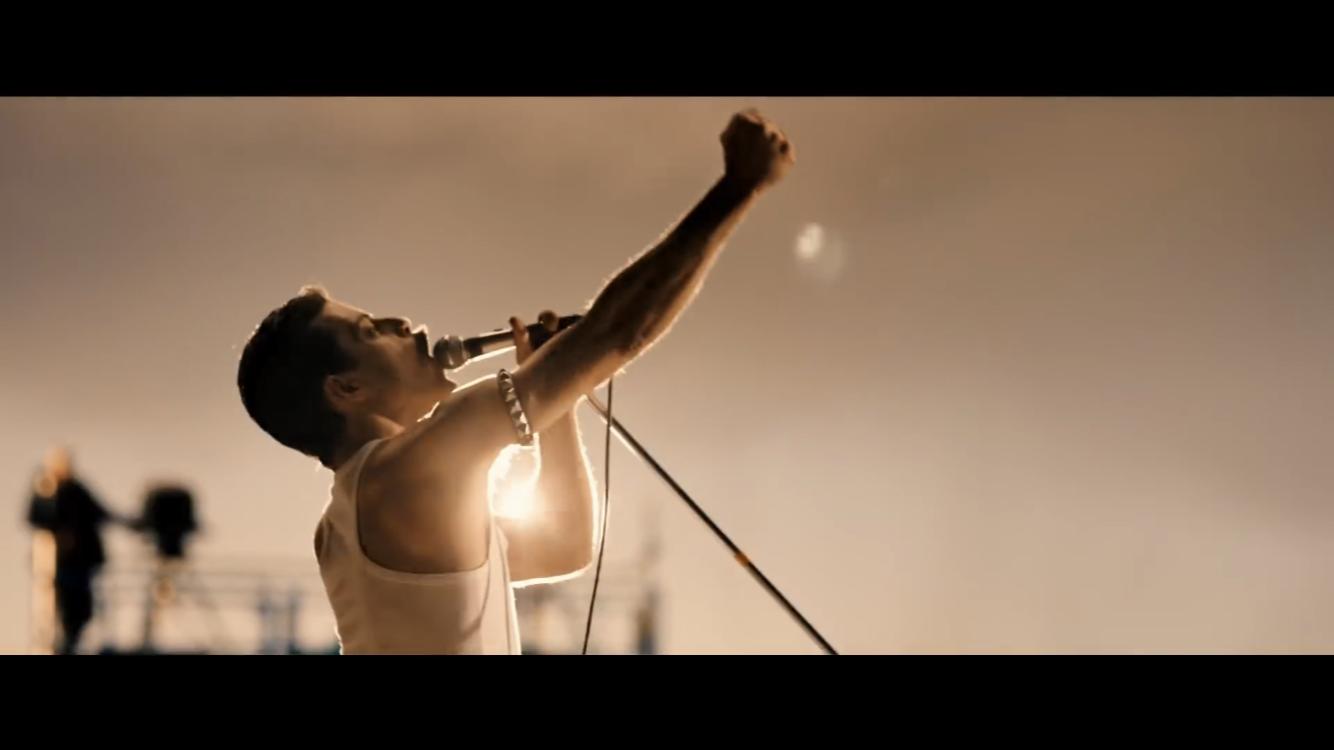 By way of confession, a fear of “just another rock musical” kept me away from Bohemian Rhapsody. Wrong on all counts. Within minutes of its opening, this movie captures hearts, including mine. Terrific acting, directing, writing, and design all mesh to make it original. Given some serious human problems that crop up, it never once turns melodramatic as it would in other hands.

Above all, the movie delivers the personalities and abilities of all members of the rock group Queen and lets us watch their audiences grow as they sing in London, Edinburgh, and the United States. Freddie Mercury (Rami Malek) is a bundle of original talent. Add to that the truth that his oddball mind keeps producing alternatives to the ways ordinary people would have led this band to their success. Recognizing that they are a gang of misfits, he adds “I’m exactly the person I was always meant to be.”

The deep loyalty and friendship of the five carries them on their march to growing audiences while we in the audience are hoping these great friendships that are producing their success will endure. All five pour their originality, their talent, and their energies into performances that swell as they sing around the world.

At that high point, Freddie decides to break away in a burst of wanting new music and a new life. He leaves his friends in possession of their unique musical talents but without the crazy excess and originality he brought to the group as their leader. He realizes he is gay, a point at which we begin to appreciate the terrific performance being given by Lucy Boynton as his up-to-now girlfriend, Mary. The talent of the group is still there but Freddie’s razor-sharp originality is gone. His absence yells loudly that he was not just a superb musician but a guy with a head loaded with qualities that explode unexpectedly on his bandmates as well as on audiences.

This is exactly where the wisdom of the writers and director win the day. Instead of lingering on the details of the messy misfortunes, they deliver them without dwelling on them. That is very rare in an industry that thrives on personal troubles. It leaves us free to absorb Rami Malek’s extraordinary creation of Freddie Mercury.

Finally, we are right there with an audience of thousands in London’s Live Aid concert in 1985 as they roar their excitement at Queen’s performance that soars under the sudden explosion of their returned leader Freddie Mercury. Along with them, we sit in our seats enthralled by Freddie and the effect he has on the men who are playing with him. The cameras scan the thousands in the audience and we in the theater feel the thrill of it – of their music and their performance. The makers of this movie knew exactly how to convey not the lives of these men but the reality of their chaotic musical brilliance.