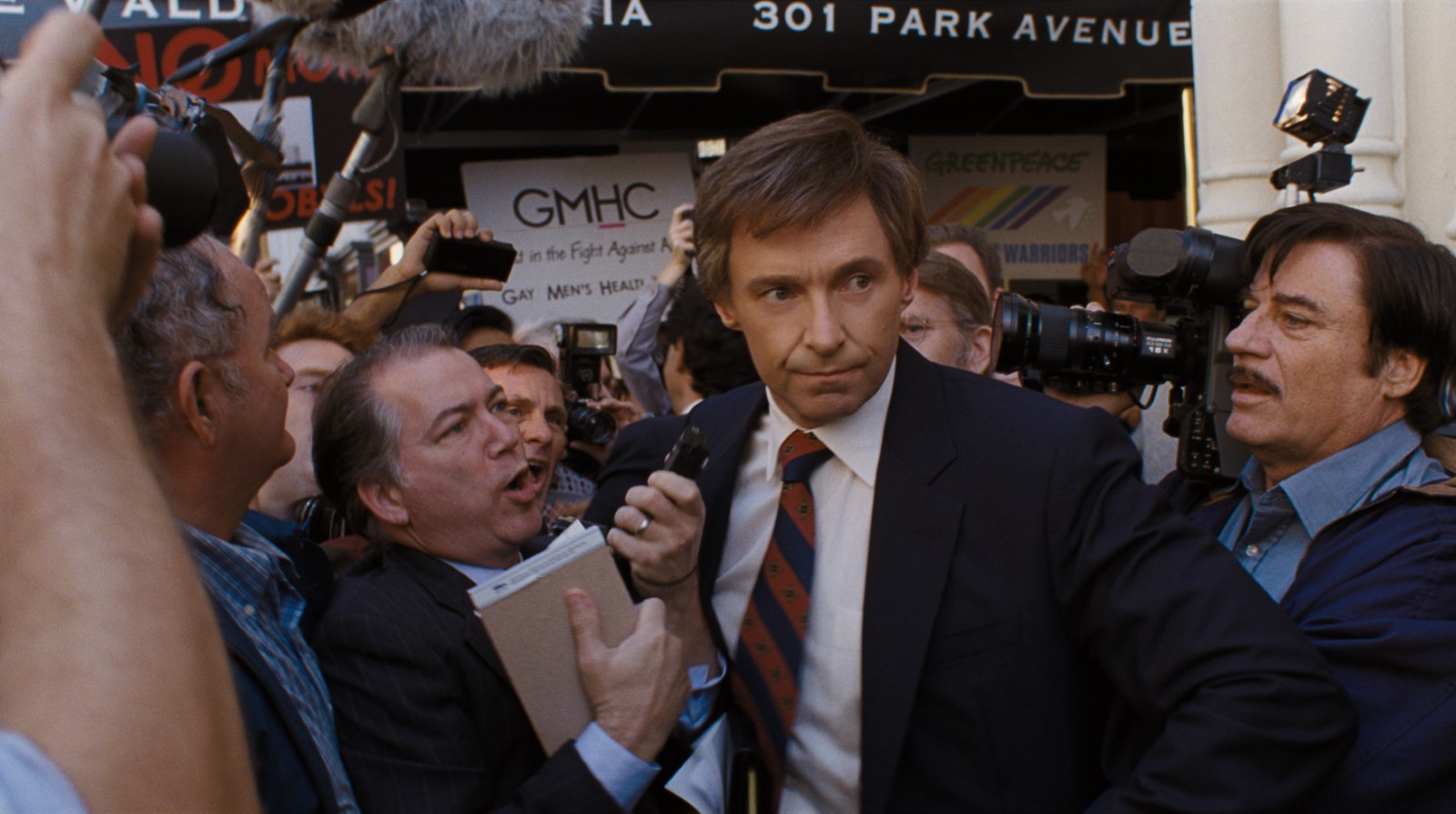 The Front Runner is a movie for people who are captivated by presidential politics. For those who aren’t, this is a barrel of confusion that requires patience and imagination. Even if you followed Gary Hart’s presidential campaign from the early ‘80s forward, it is likely that confusion will engulf you here. A problem common to non-fiction films always looms when the real-life characters are more recognizable than the actors who portray them. You are not likely to recognize Alfred Molina as Ben Bradlee or Spence Garrett as Bob Woodward.

Gary Hart won presidential primaries west of the Mississippi and by 1988 he was the front runner for the Democratic nomination. Hugh Jackman does a fine job of presenting Hart as the articulate, smart candidate he was – until news broke of his affair with Donna Rice (Sara Paxton). Though Hart tried to ignore the press coverage of the affair by delivering articulate speeches about his politics, his candidacy was consumed by the constant coverage of his private life. Though the public examination of men and their affairs in our present time makes it seem odd that this revelation would cause the explosion that engulfed Hart, remember that this happened thirty-four years ago.

The movie’s best acting is delivered by Vera Farmiga as she plays Lee Hart being thrown from private life into public spectacle as the betrayed wife. Hugh Jackman is strong as candidate Hart who insists his sexual life is not fair fodder for the campaign, but television ensures that there is no escape from submersion in the ugly world of public scandal. Husband and wife are both reduced to swimming through the sea of superficiality created by the press. Much of the dialogue here is lost in the chaos of camera shutters, reporters shouting each other down, and ugly personal invasions. Do all candidates for public office surrender their rights to privacy?

What would have happened if Hart had won and followed through with his plans to invite Gorbachev to the inauguration and to work toward peace with the Soviets? Instead, this movie submerges us in junk food, junk conversation, and the confusion of a sea of unidentified faces. People who soaked up the political details of that time may love this movie. Those who didn’t are not likely to be able to navigate this confusing political record.

Hart’s insistence that his affair is nobody’s business – “They will not earn the dignity of my response” – was already ludicrous for a presidential candidate in 1988 when television carried the private lives of all candidates into American homes. His articulate arguments were ignored entirely by a public fascinated with scandal. No one cared after that how he felt about anything other than the one subject he refused to discuss.

Did the Harts’ marriage become a political casualty along with his presidential ambitions? An announcement about that at movie’s end gives us the answer and sends us out with a whole new set of questions.