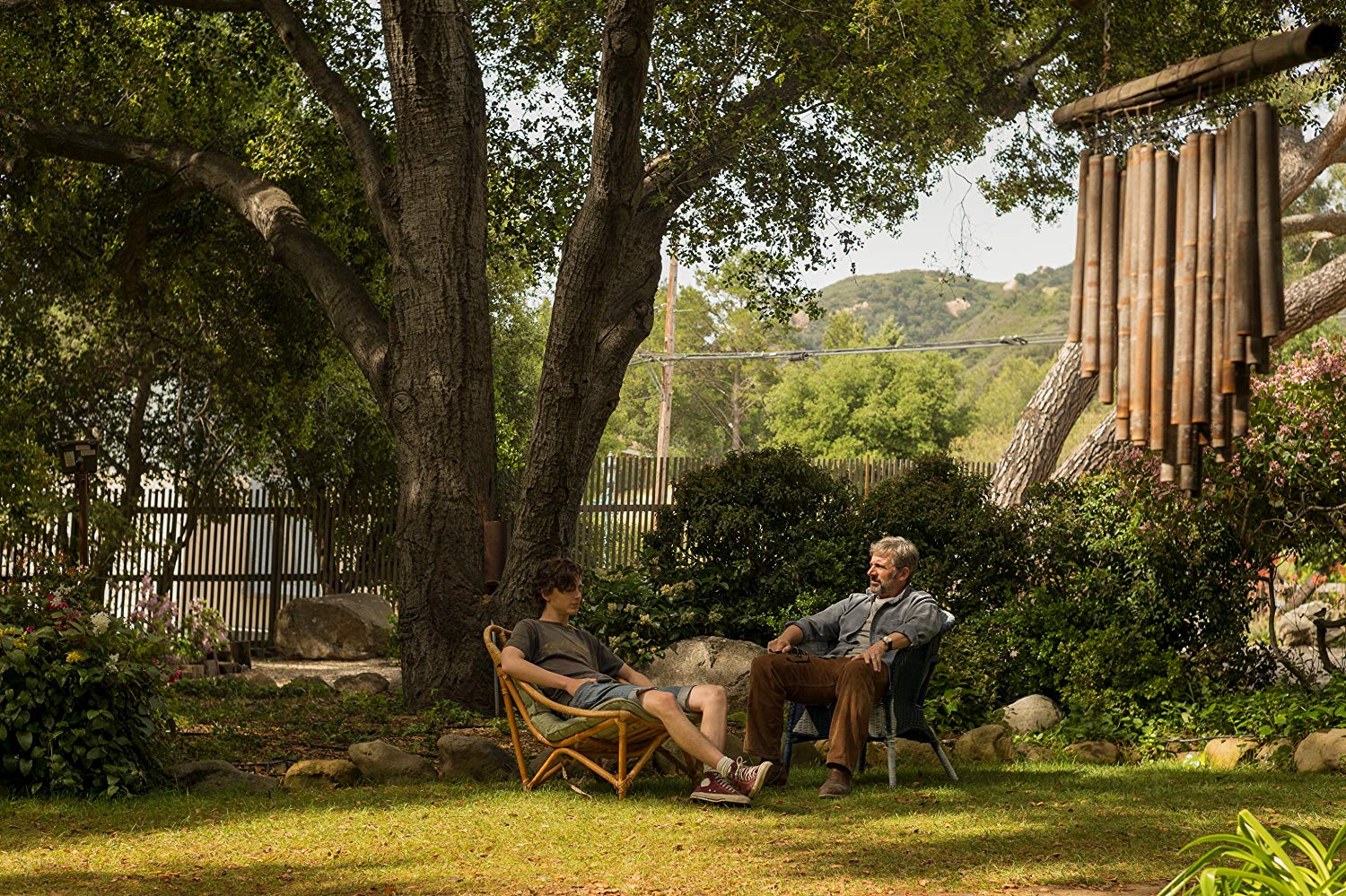 Beautiful Boy earns an adjective that is rare and not always welcome: Important. How many people will go to this movie that is about drugs from beginning to end? For some, the answer to that is some version of “why would I want to see a movie about drugs? For others, it offers an extraordinary lifeline.

The why of that has deep and confusing roots. Our world was changed overnight by the sudden arrival of computers. For a few years we celebrated the fact that a deep research tool had been brought into our homes, that communications among family and friends had become instant. Then, gradually, as they always do, opportunists invaded and infected the extraordinary new medium with negatives – the exchange of information, the location, and availability of drugs is now immediate and nationwide.

Add to that the grim truth that some previously decent drug companies began handing their unproven drugs free to doctors who prescribed them for patients before the harmful effects were known. Doctors then reported the results, positive and negative, back to the drug companies that had given them the unproven samples. Many in our citizenry became addicted to the powerful drugs without ever knowing they had been part of an experiment. Drug companies got free research; Doctors got free drugs for sick patients.

Eighteen year old Nic Steff (Timothy Chalamet) is the beautiful boy here, so labelled by his adoring father David (Steve Carell). David is married to his second wife (Maura Tierney) and reaches out to his first (Amy Ryan) for help with their now drug addicted son. Nic is a good guy who works his way through various stages of drug addiction until he is caught completely by crystal-meth. Timothy Chalamet does a beautiful job of showing us the savage capture of the boy by the drug.

The movie becomes the story of an endangered boy who loves his father deeply and is loved in return. This is not an angry boy running off and indulging himself. It is the far worse tale of a son who worked his way through that first phase to being caught entirely and violently by one of the most dangerous drugs of all.

The sad tale is acted so well by Timothy Chalamet and Steve Carell that it becomes a lesson for anyone in the audience who might be suffering a drug problem in his/her family. They lead us through Nic’s addiction process from alcohol to pot to cocaine to LSD to the crippling crystal-meth.

Writer/director Felix Van Groeningen injects just enough happy memories of past father/son fun – surfing, hiking, laughing – to make us realize deeply that Nic was captured by the drug rather than by seeking it out as an escape. For anyone caught in the search for solution, this is a powerful trip through the newly available avenues to rescue. As the leading cause of death under 50, there is help for those who reach for it.