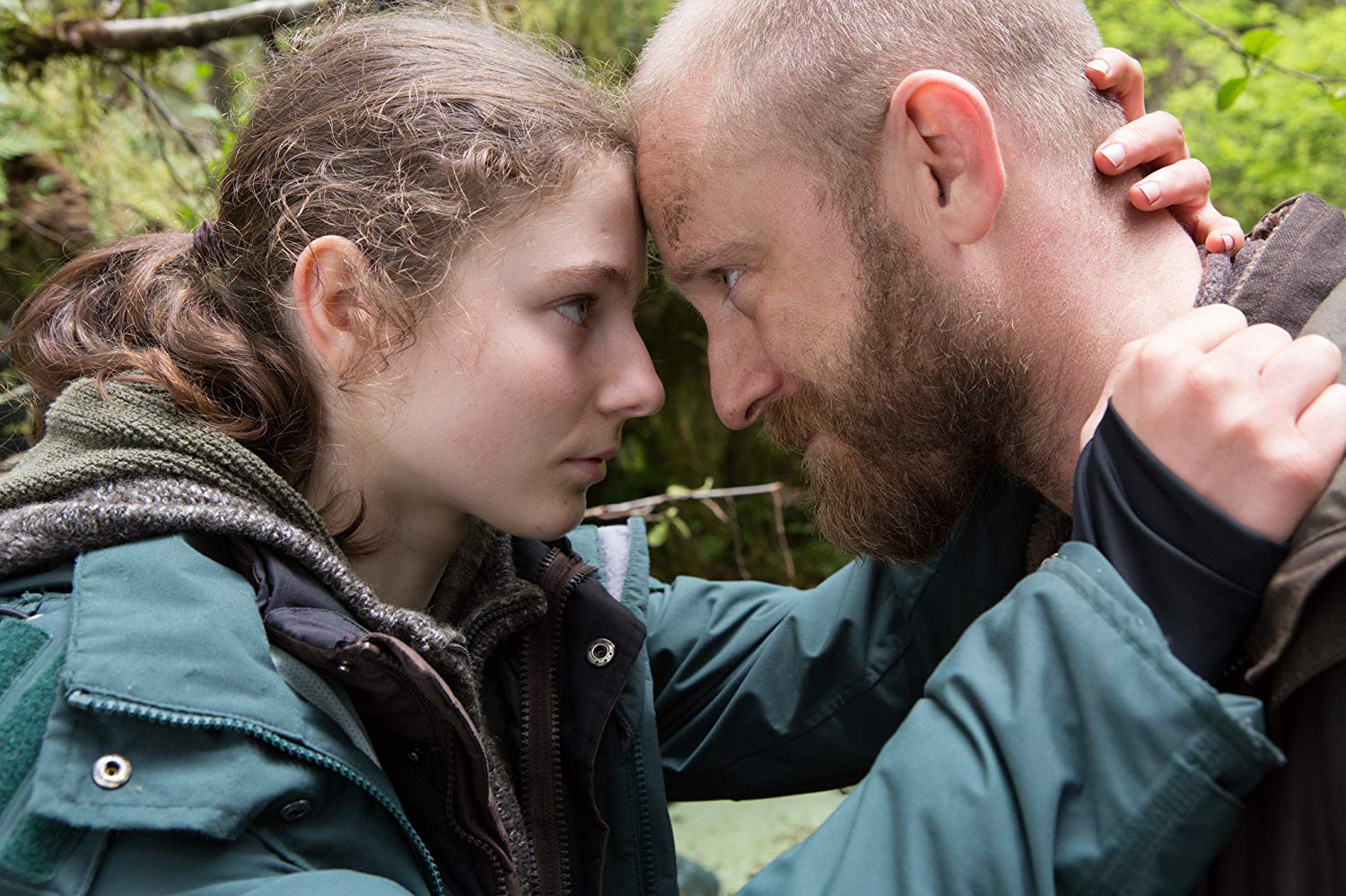 Leave No Trace takes its gentle time to become one of the year’s finest movies. Debra Granik directed and co-wrote (with Anne Rossellini) a script that is free of conventional plot twists. Result? The emotions generated by the story sink quietly and deeply into the audience. Who can ask for more?

A quick summary. Will (Ben Foster) suffers from PTSD as a result of service in Iraq. He and his thirteen-year-old daughter Tom (Thomasin McKenzie) live in an Oregon forest where they keep the tools of their living under piles of brush. When the park authorities turn them over to the kindly social service people, silent Will can take just so much of the ordinary world before telling Tom to pack up for another new beginning in the forest. Watch the effect of the noise of the machinery on this damaged man when he is assigned to work on a Christmas tree farm.

A silent, damaged father and the bright, loving daughter who accepts his problems and still loves him is the base. What does this movie avoid that would be done by conventional filmmakers?

It gives us no villains to distract us from the central dilemma. Everyone is kind. Father Will may have taken his daughter’s youth but she is strong because of it and she appreciates and learns from the kind people they meet along the way. The fact that there are no crises, villains, or sub-plots to distract us leaves the atmosphere calm and open for the deep emotion generated by father and daughter. In a symbolic moment, a dog that might have become a comfort for daughter Tom simply passes quietly through its moment. No clichés here.

Writer/director Granik uses nothing to distract us from the questioning growing in this young girl. Early on, she is her father’s student in the ways of the forest. As she meets just a few people from the real world along the way, she catches quick glimpses of how they live. People, school, music, and dancing are absent even though her father’s teaching has her above her academic grade level. We are watching a quiet exploration of human need.

The plot of this movie is irrelevant. What it gives us is a long unfolding of an emotionally wounded father who takes the finest care of his daughter in the forest. As she begins to envy a few things about life outside their world that has few people, we know she is academically and emotionally ready to step into a bigger world.

Ben Foster delivers a fine, though nearly silent portrait of the damaged father who does all he can to raise his daughter. But this movie belongs to two people: Writer/Director Debra Granik who made art of a story with a string of subtleties that leads us to an emotionally deep place. With little dialogue, Thomasin McKensie creates a wise young girl who silences an audience in appreciation of her quiet, superb performance. Her quiet performance is riveting.