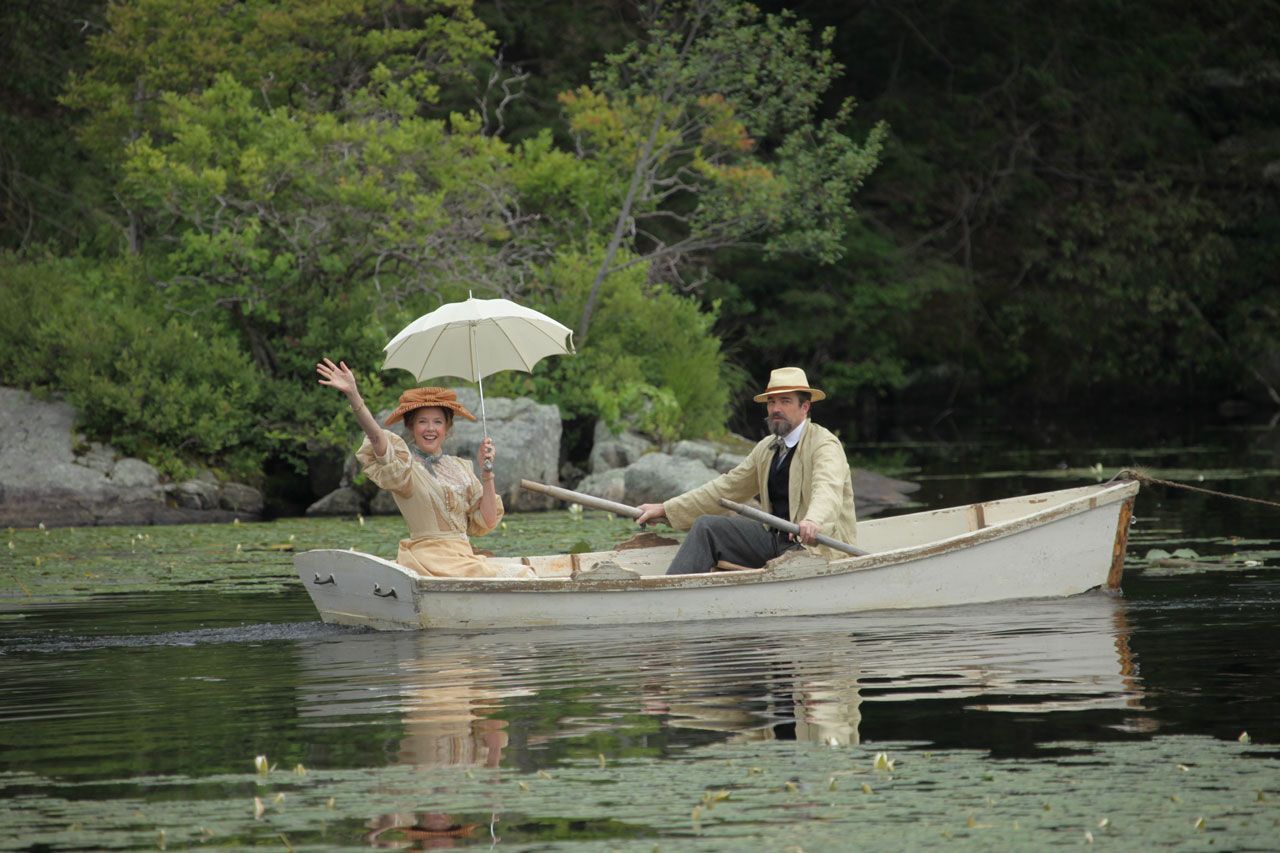 Let’s get to the tough news first – and then to the good. Anton Chekhov’s novel The Seagull has been made into a movie with a big cast that lasts just one hour and thirty-eight minutes. That is far too short a time for us to absorb, much less to understand all the characters. Result? We struggle to follow them but are foiled by Director Michael Mayer’s determination to shift scenes with the speed of shotgun pellets.

This story of a large house party unfolding in the Russian countryside may be perfectly suited to book or theater form but reduced to an hour and a half, we have a tough task trying to follow the unfolding emotions of the characters. That said, the fine cast delivers Chekhov beautifully. Just enjoy Annette Benning as ageing actress Irina Arkadina, Elizabeth Moss as Masha, and Saoirse Ronan as Nina. And they have grand support.

Irina (Annette Benning) is visiting her brother Sorin (Brian Dennehy) at his country estate. Her son Konstantin (Billy Howle) lives with brother Sorin because how would a famous actress have time to raise him? Irina is accompanied by Boris Trigorin, a celebrity novelist she turns to repeatedly for acknowledgement of her own beauty and talent.

Nina (Saoirse Ronan), an innocent, falls for Trigorin who consumes her without regard for her vulnerability and conveniently rejects Irina for a while. Irina has rejected her son in a similar way and we in the audience are finding it a bit difficult to root for anyone. The sophisticates – and they are obvious – move along their own selfish paths. Does any one of them think supportively of anyone else?

At this point we begin to wish that all Chekov’s characters had a director capable of digging more deeply, but that doesn’t happen. Instead, Michael Mayer handles the camera as if no subject or conversation could last long enough for us to understand what we are seeing. Confrontations are broken by the shifting camera. The story is fractured and we never learn why.

The characters in Chekhov’s story have a whole weekend to tell their story of a gathering of the famous and their attendees. Perhaps this is a tale that should only be a play or a novel. If director Mayer thought he could deliver all of it in fast cuts, he was wrong. We get quick glances at lives of vanity, misery, fame, art, and money – with a few short looks at love and happiness.

If we cut to the core, it is Annette Benning who soars as she spends her days convincing herself and everyone around her that she is still young, that growing old is not robbing her of either her beauty or her talent. Her son? Her lover? Other guests? They are all her audience. The bulk of the credit goes to Chekhov, of course. Look for some fine acting here and there and just wish the director had concentrated more on that.