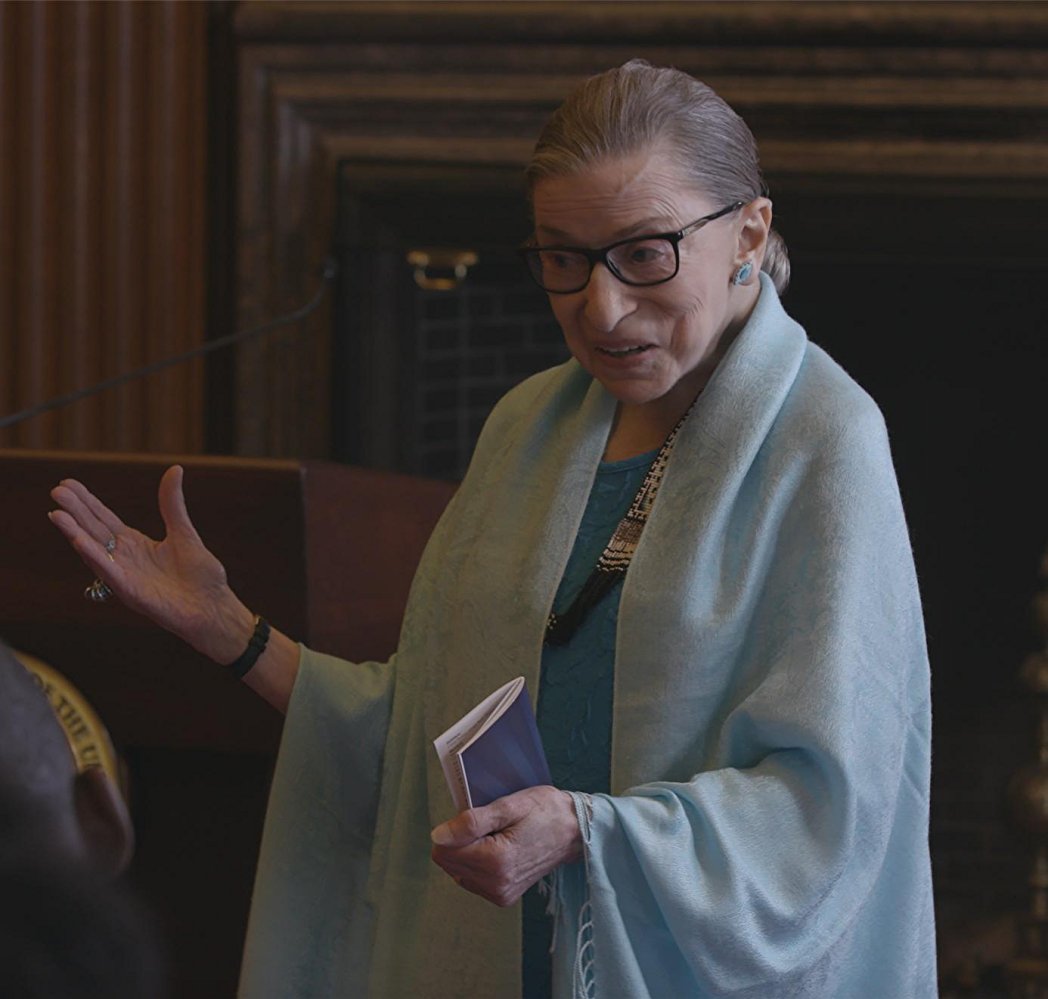 RBG is an intricate portrait of Supreme Court Justice Ruth Bader Ginsburg that is serious, funny, and moving by turns. Directors Betsy West and Julie Cohen have laced their documentary with interviews and footage that let us follow this Justice along her path from high school to the Supreme Court. They fill in the blanks about a woman who has worked for equality before the law since 1950. The documentary is by turns a funny – in an affectionate way – and deeply serious look at this strong woman who became a major player in legal history.

We meet a scholar who is a dedicated defender of the Constitution, an opera lover, a mother, grandmother, and wife of Marty Ginsburg – the man she adores. She is a warrior who spreads her beliefs with determination but without anger. And she started early. She was one of nine women in a class of 500 at Harvard Law School who were asked by the Harvard dean how they could justify taking a spot from a qualified man.

Humor? Just watch her workouts with her trainer, Bryant Johnson, who understands completely his student’s absolute determination to stay fit in order to remain on the court. Her marriage? The deeply happy core of the long years with lawyer Marty Ginsburg who she met at 17 at Cornell is heartwarming. After they married he encouraged every detail of her rise from college to the Supreme Court. When he was transferred to New York, she transferred to Columbia Law School where she tied for first in her class at graduation.

During her rise she was determined and quietly defiant even after she became a political target for her views about recognition of women. As recently as 1970 a woman could be fired for being pregnant, and in twelve states, husbands couldn’t be prosecuted for raping their wives. She taught law at Rutgers with a deep determination to create equal protection of the law.

During the 1970s, Ginsburg won five of six cases before the Supreme Court and was appointed to the Court herself by President Bill Clinton in 1993. She excelled at every single point in her career (Phi Beta Kappa, Harvard Law Review, distinction in all subjects). Through all the events on her long legal path, the Justice has been a dignified voice for many of the legal advances that have changed our country.

RBG contains all this but does it with recognition for the ironies in her life and with appreciation for her humor and her perspective. Hers is the story of one person juggling career, marriage, and family in an atmosphere where her beliefs have constantly been challenged. This is a strong, happy, smart woman dedicated to bringing equality before the law to all corners in our society. Directors West and Cohen have created an entrancing documentary that catches the core of the amazing daughter of immigrants who has influenced us all with intelligence, hard work and a smile.