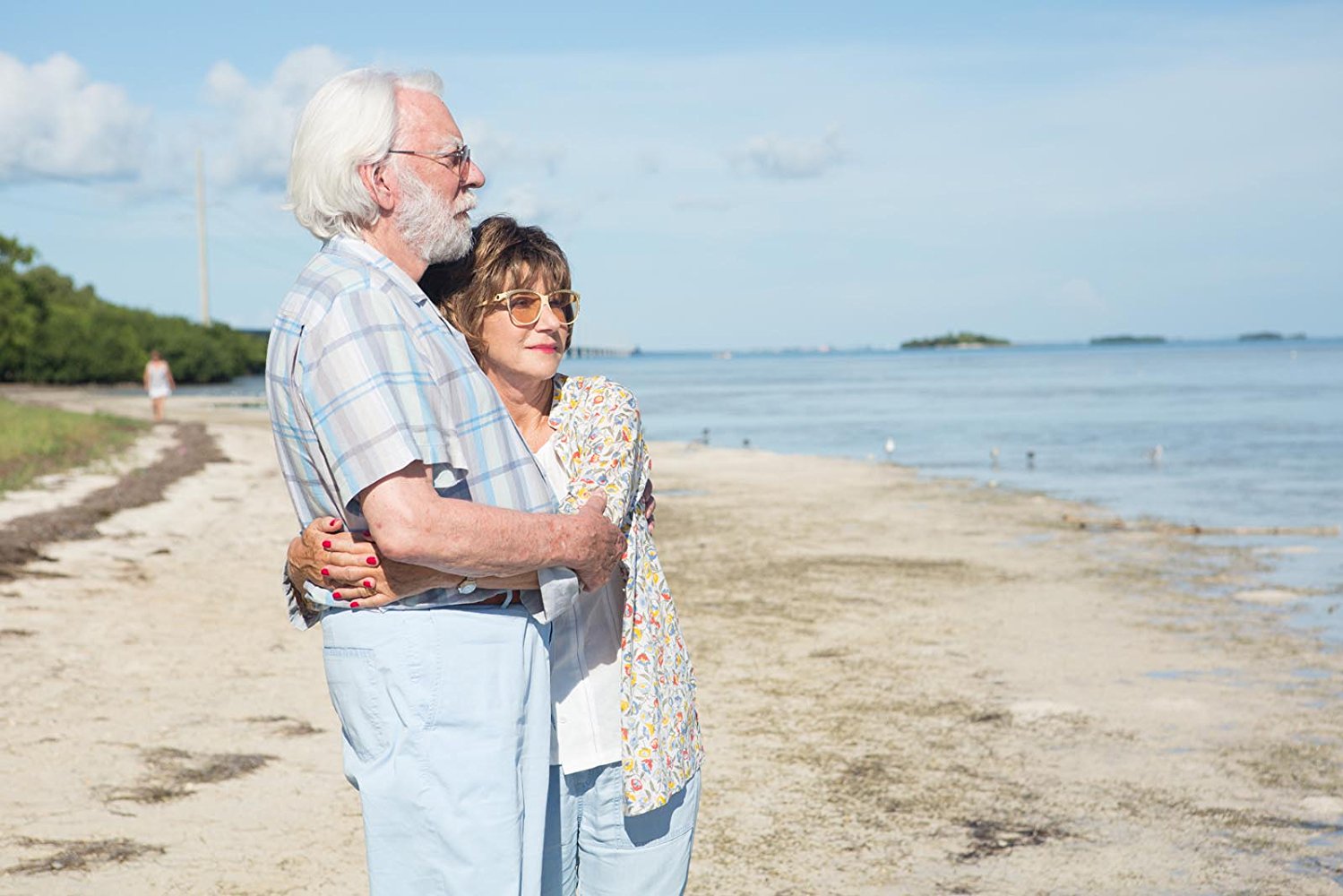 Watching Helen Mirren and Donald Sutherland create a movie called The Leisure Seeker was a positive prospect. Advance word promised they would travel from their home in Wellesley, MA to Key West on her promise to bring her husband at last to see the home of his hero, Ernest Hemingway.

Mirren and Sutherland. Each is known for making roles jump alive and they try hard here. Why then, does it fall flat? That’s not an easy question because it’s wholesome fun watching them drive south in their old-fashioned Winnebago motor home that bears the name Leisure Seeker. This American road trip is done well – campgrounds, casual conversations with strangers, small bonfires, and finally the stretch across the magnificent highway that soars over the water from Florida to Key West. That suspended road carries drivers not just across the multiple miles of water but through another emotional world that belongs only to the driver at the wheel. With no distractions, we have left the earth and travel mile after mile as if suspended from any world we know.

So, what’s the problem? Think of how ignorant we Americans often look when we root our stories in a foreign culture. The Italian director has done that here. Just before the couple heads south, we watch a Trump rally in Wellesley, one of the most liberal towns in America and one of the least likely to celebrate Trumpian beliefs. Later on, we watch Ella storm into an old age home armed with a shot gun as she demands to see an old boyfriend from years ago. Those scenes aren’t just out of place; they’re just plain silly.

But then we return to watching two fine actors chat with both affection and annoyance as they travel the country one last time. We watch Ella (Hellen Mirren) and John (Donald Sutherland) interact with love and loyalty sprinkled with bouts of impatience on Ella’s part. She’s not well either, but tells no one, and husband John is thoroughly absorbed with his literary heroes. Best of all, when things are going well we watch their appreciation of being free on the road together on a beautiful adventure.

They do this while refusing to tell their two adult children where they are, knowing those grown kids would have refused to let them board the Winnebago. One more negative is the casting of these two. Their son (Christian McKay) is a gay man who comes across as an incompetent nutcase without our ever understanding why. Although their daughter (Janel Moloney) seems slightly more sane, we are happy they don’t have bigger parts. Another minor reservation: can anyone identify for me the roots of Helen Mirren’s accent?

It’s a shame the final road trip given us by two of today’s finest actors isn’t better. If you go, just enjoy their efforts and plant yourself emotionally in the Winnebago as it makes its way to that superb highway to Key West.