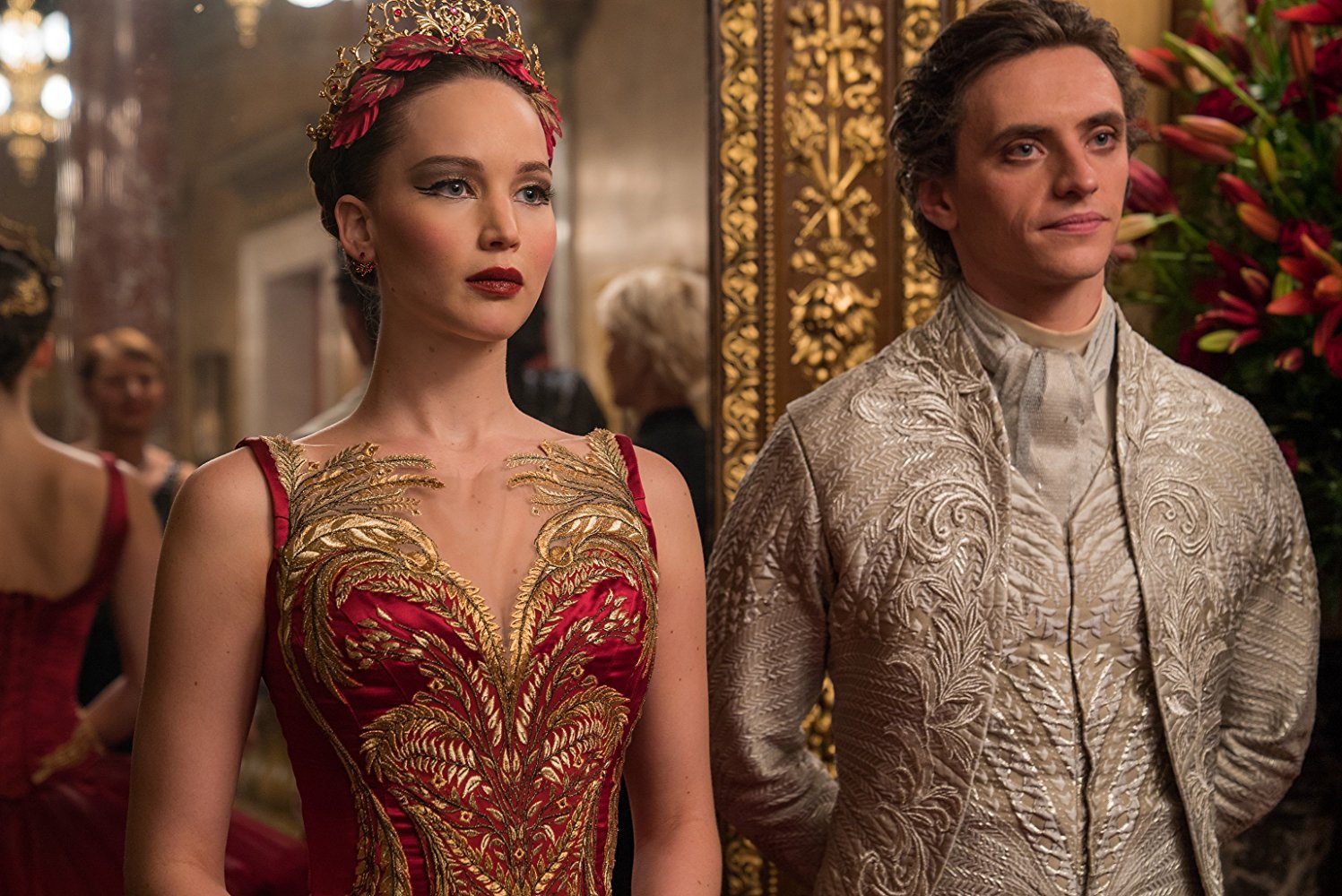 If Red Sparrow were a little less terrible, making fun of it might be an entertaining exercise. But because it is truly and inexplicably bad, there’s no fun to be had in writing about it. Here is one the twelve confusing paragraphs from the International Movie Data Base summary of the movie. Good luck.

“Dominika is removed earlier than expected to carry out a mission under her uncle and General Vladimir Korchnoi (Jeremy Irons). The target is an American CIA operative, Nate Nash (Joel Edgerton). She is to find out the name of his Russian contact. She is placed in a rooming flat with Marta (Thekla Reuten) who also went to Sparrow school. Nate has convinced Dominika to become a double agent and work with the CIA.”

That’s just a hint of the dozens of characters we are expected to track during its exasperating length of two hours and twenty minutes. Audiences walk out shaking their heads after failing to follow the impossible puzzle. Listen up, Hollywood: You can’t ask any audience to sort through a crowd of characters with the implied command that they must know the importance of every single one.

The Sparrow School operates under the ice cold control of Matron (Charlotte Rampling) who is teaching women how to use their bodies as espionage tools. Because Dominika (Jennifer Lawrence) needs money to support her ailing mother (Joely Richardson), she enrolls. After learning – by mistake – the identity of a double agent, she has no choice but to use her body as her tool for navigating the Russian/American spy underground.

The red sparrow is played by Jennifer Lawrence who has often won the hearts of audiences with her skill, her personality, and the marvelous voice that she can bend to all kinds of movie demands. In this story, that creative voice is reduced to a skilled monotone Russian accent that hides all her personality and skill. She moves through a complex world of espionage and sex with a heavy heart and many tears. She will be raped, beaten literally to pulp, vomiting from horror and naked through much of the story. She plays Dominika as well as anyone could but all this to support your mom is a thin premise.

In a fine gang of good male actors, the confusing script leaves us wondering which one is Jeremy Irons, or Joel Edgerton, or Matthias Schoenaerts. Huge casts with secondary parts defeat good stories.

We live in an era where there is nothing unusual about on-screen nudity or sex, but this movie raises the question of what has happened in our culture to make people want to watch vomit, rape, beating, and torture with a new tool that allows the torturer to literally skin his victim who is chained to a chair. The question always surfaces: Is it a reflection of our current culture or is it Hollywood creating a new one? At the very least, when your mother needs financial help, don’t become a red sparrow.