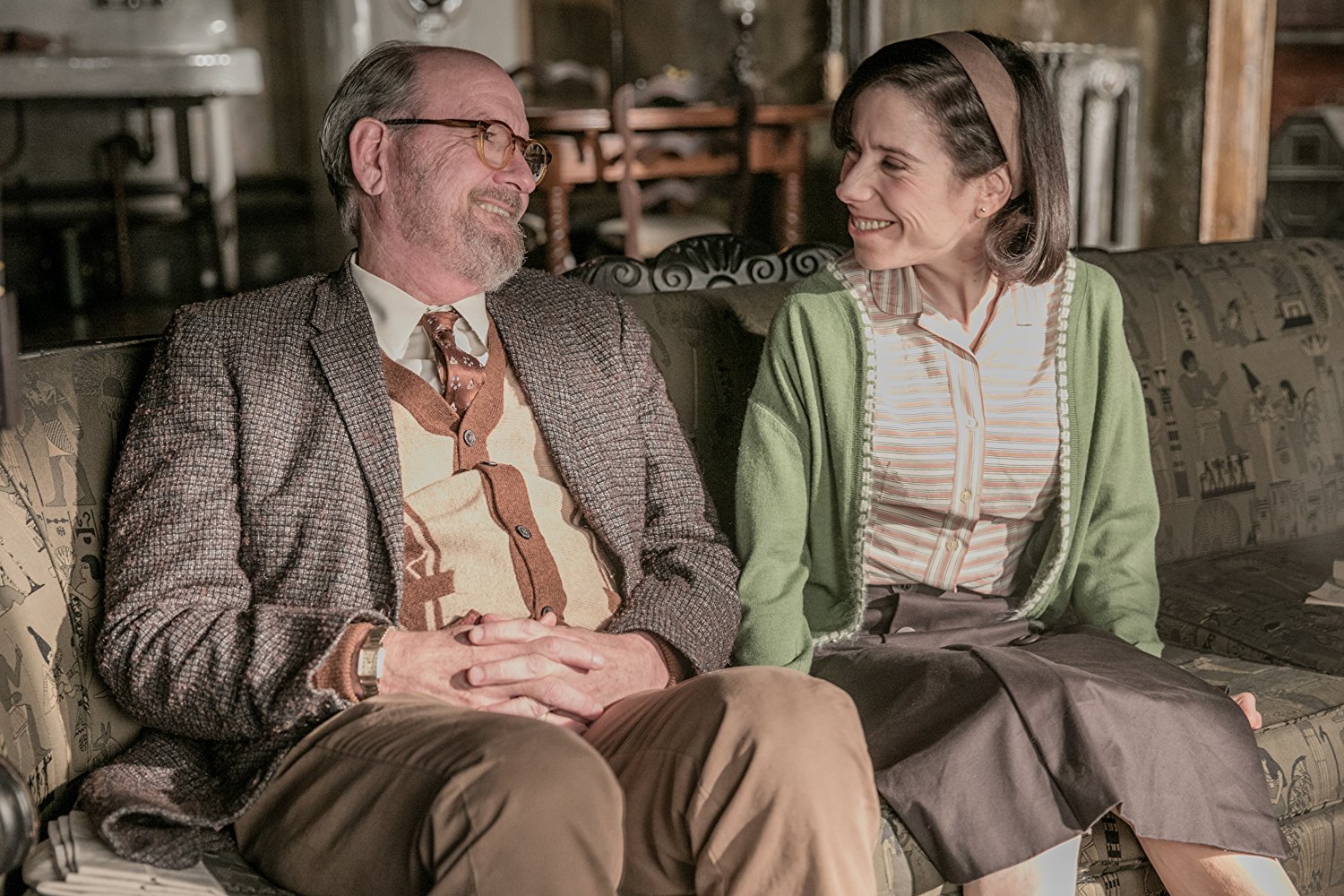 This is a tough one. On one hand, The Shape of Water offers us hatred, cruelty, nudity, violence, murder, and beatings. On the other, it offers a tender love story between two afflicted people who lose themselves in a beautiful romance. The time is the Cold War. The place is a dark, decrepit Baltimore building that is a lab space for creating a creature that will become a weapon against the Russians.

Close friends Elisa (Sally Hawkins) and Zelda (Octavia Spencer) have janitorial work passes to clean the building without oversight. Eliza’s sharp intelligence allows her to pick up on the clues left behind by the men who are working on the secret project.

The studio puts it this way: “At a top secret research facility in the 1950s, a lonely janitor forms a unique relationship with an amphibious creature that is being held in captivity.” True enough, though I would add “in deepest covert Cold War secrecy” in order to explain the dark gloom that surrounds their relationship. The amphibious creature (Doug Jones) has been created for deep cover use by U.S. Intelligence.

We endure the comings and goings of brutal intelligence agents whose presence is lightened only by Dr. Hoffstetler (Michael Stuhlbarg), a man who has a formal, abiding respect for the creature. His American colleague is played by Michael Shannon who is convincing as a government agent wrapped in physical brutality – especially when carrying an electric prod.

When Elisa enlists the support of her lonely upstairs neighbor, Giles (Richard Jenkins), this sweet, bumbling fellow agrees to help her save the sea creature she now loves. The always fine Octavia Spencer creates Zelda, the loyal, wise friend who will stand by Eliza through the nightmare that lies ahead. She understands the gestures and signals of her silent friend.

Elisa is a lovely young woman who can’t speak a word. She has walked silently through life with only the friendship of Zelda and Giles, that nice guy across the hall. In this role, Sally Hawkins utters not a word for two hours but tells us everything through the subtlety of her facial expressions and the language of her hands and eyes. Here’s a salute to Hawkins for making Elisa the woman who turns the movie – against all odds – into a sweet fable. After you are thoroughly on Eliza’s side, look forward to one of the most lovely dream sequences ever to grace the screen.

Throughout this strange and riveting story, one question rumbles in our heads: who thought this up? Who has the brain that could imagine these odd pieces and fit them together? If an ordinary person tried to write and film this story, rejection would surely follow. But Guillermo del Toro is not an ordinary person. He and the extraordinary Sally Hawkins, have turned his odd idea into a stunning fable. It is marred only by the barbarism of the ludicrous American Intelligence agents. The Academy overlooked that and gave this film 13 Oscar nominations.