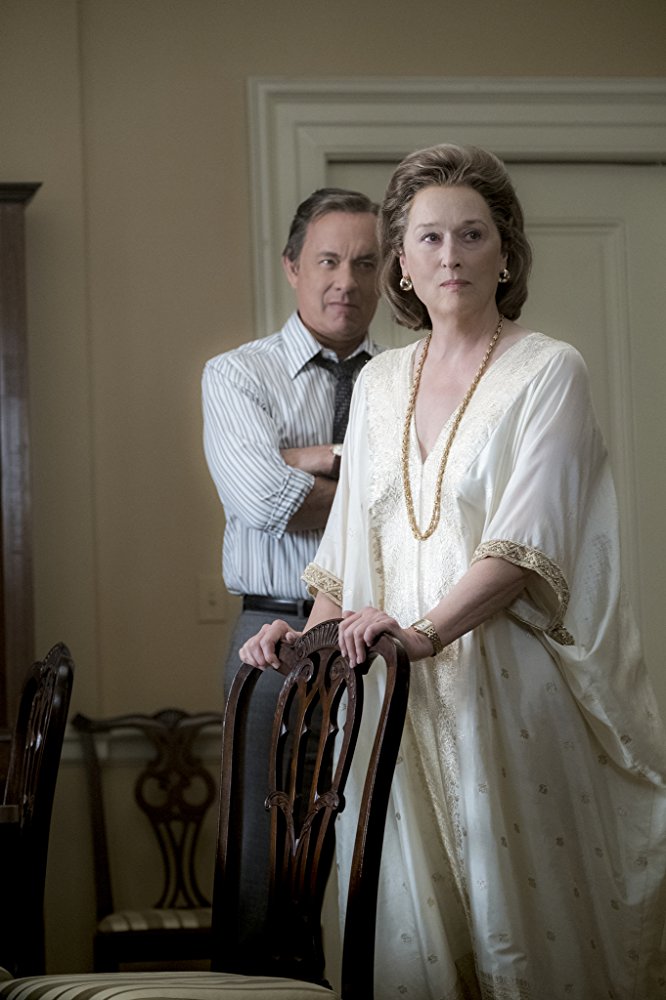 The Post does a grand job of filling in the cracks of a major historical scandal. It often takes a long time to do that – in this case five decades. Over time, the primary players confess in regret or die in silence while others feel entitled at last to pull together the details of a major event.

This movie shows us the threads of the Pentagon Papers case that ignited Watergate. Those threads were suppressed under four administrations while American boys died in Vietnam. Now they are given us by Tom Hanks as Post editor Ben Bradlee, Meryl Streep as Post owner Kay Graham, and the fine director Steven Spielberg.

At the outset, Bradlee is editor of The Post when it was considered just Washington’s local newspaper. Kay Graham’s husband, editor of the paper, has recently committed suicide. Ben Bagdikian (Bob Odenkirk) is a Post journalist on assignment in Vietnam to assess the validity of the controversial war.

Daniel Ellsberg (Matthew Rhys), thoroughly disillusioned by the human cost of the war, risks taking five thousand pages of incriminating papers to the New York Times from his job at Rand. A judge shuts down publication by the Times.

Ellsberg then delivers those papers to The Post where Bradlee and Graham explore both the politics of the Vietnam war and the possible consequences if they publish the papers. Prison sentences and destruction of their paper hang over their heads as a possibility.

As Tom Hanks literally becomes Ben Bradlee, we drop fully into the story. He gives us Bradlee’s determination to publish if he can convince Kay Graham it is the right thing to do. Meryl Streep’s Kay Graham, now owner after her husband’s suicide, gets a fast course in courage. She must decide whether to risk everything by publishing the papers the court has forbidden. In that process, she shows us Graham’s deep mix of brains and courage that had been used before her husband’s death in social and volunteer situations. Together Tom Hanks and Meryl Streep bring these two figures to fighting life and lift the movie to top of 2017. Both are thoroughly convincing.

Matthew Rhys’s Daniel Ellsberg is a deeply caring idealist determined to stop the dying of American boys in a political war. Rhys endows Ellsberg with a brave mixture of courage and fear.

We see glimpses of the future (this was 1971) in short shots of Truman, Eisenhower, Kennedy, and Johnson as they argued and covered the truth of that war while allowing it to continue. The movie tackles and exposes the bi-partisan wrongs of the war and shows us the enormous courage Kay Graham showed in encouraging Ben Bradlee to publish at great risk to all of them and to their paper. A short final shot reminds us that the release of the Pentagon Papers led to the biggest scandal in American political history. We look forward to watching this same cast deliver the story of Watergate.