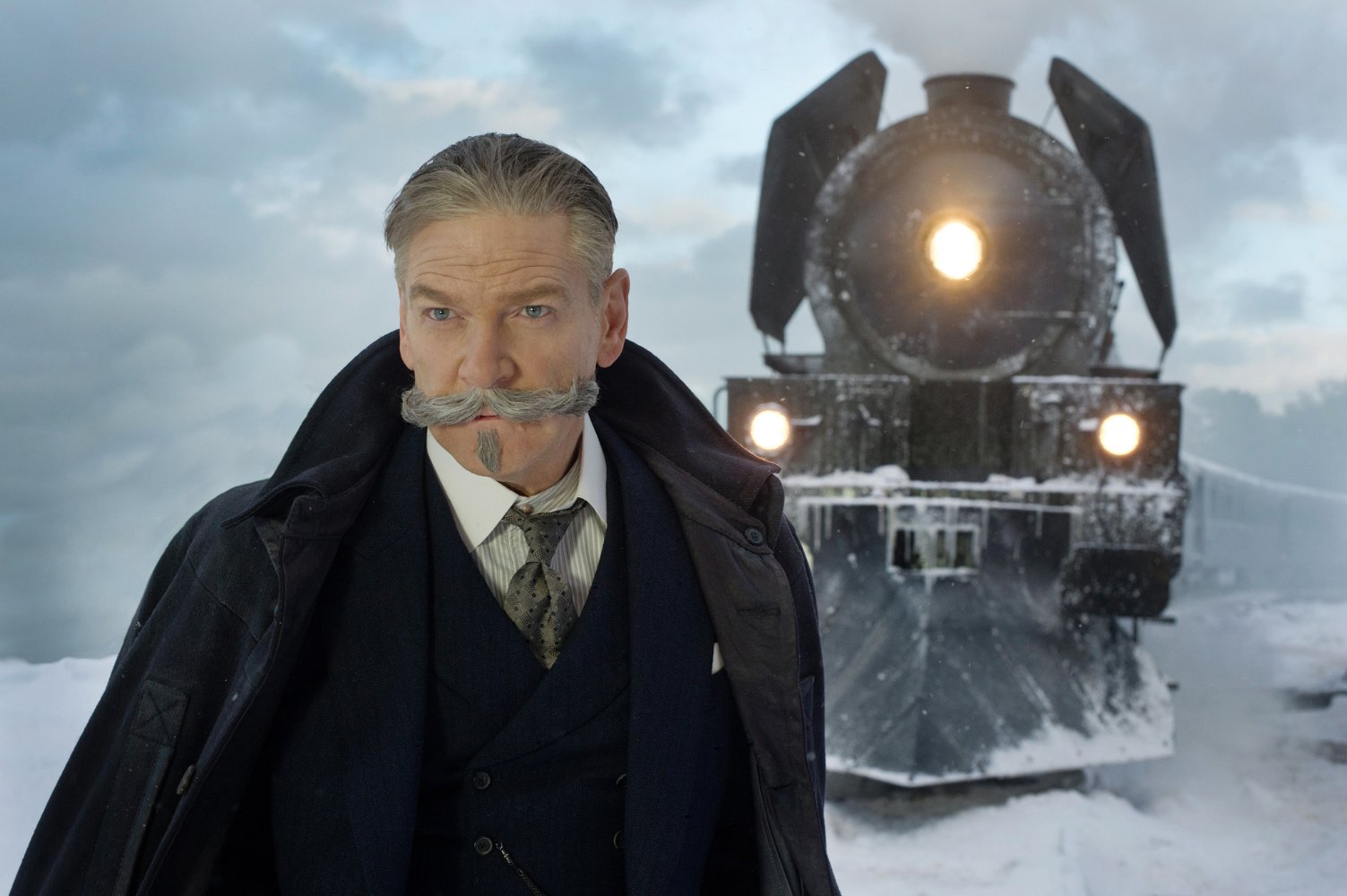 Kenneth Branagh has remade the iconic Murder on the Orient Express with mediocre results. Agatha Christie’s 1934 book has rafts of loyalists who are usually skeptical when books, movies, and now TV shows are patterned on it. This time, they’re right, but most of us will go anyway.

The plot is irresistible for writers, filmmakers, and movie lovers. What’s more fun than legendary detective Hercule Poirot on a train as he tries to discover who among thirteen strangers has killed a man in their car? Let’s take a look at the good, the bad, and the ugly.

The sight of it is rivetingly beautiful. The train leaves the station in light snow that grows heavier as it moves into the storm. We are treated to prolonged shots of the silver sleeper plowing through the white snowdrifts until an avalanche knocks a car off the track. Cinematographer Hans Zambarloukos delivers the beauty of the train roaring through the blizzard.

The magic of any train is its movement; that’s what they do and it’s why they are loved. The movement of the Orient Express seems to wrap the train in the mystery that is unfolding inside as Poirot questions the murder suspects. The derailment in this version stops not only the train but turns the questioning into something bordering on job interviews in a cramped space. The magic is gone. Suspense is absent.

Poirot questions the tangle of strangers deftly but what they reveal about themselves has a dull feel. We watch as a fine cast is fed dialogue which they deliver in contemporary accents that undercut the atmosphere and the story. We want this to be 1934 when trains were the apex of travel. Don’t modernize it.

We watch Michelle Pfeiffer, Johnny Depp, Willem Dafoe, Derek Jacoby, Lucy Boynton Judi Dench, and other good actors as they struggle to become characters against the odds director Branagh has laid on them. The stilted questioning in the silent train seems in the stillness like a narrow hotel corridor. They try, but this part of this story is doomed.

In a welcome exception, Branagh, the actor, creates an interesting Poirot. Anyone who plays this famous fictional guy is welcome to create a new portrait of him as long as it includes the detective’s passion for truth along with his vain, intuitive, stylish, tough self. It is always fun to watch Poirot as he sifts through the lies that surround him. And the new moustache is Branagh’s personal quirk. He continues a fine tradition of bringing his own version of Poirot alive from Agatha Christie’s pages.