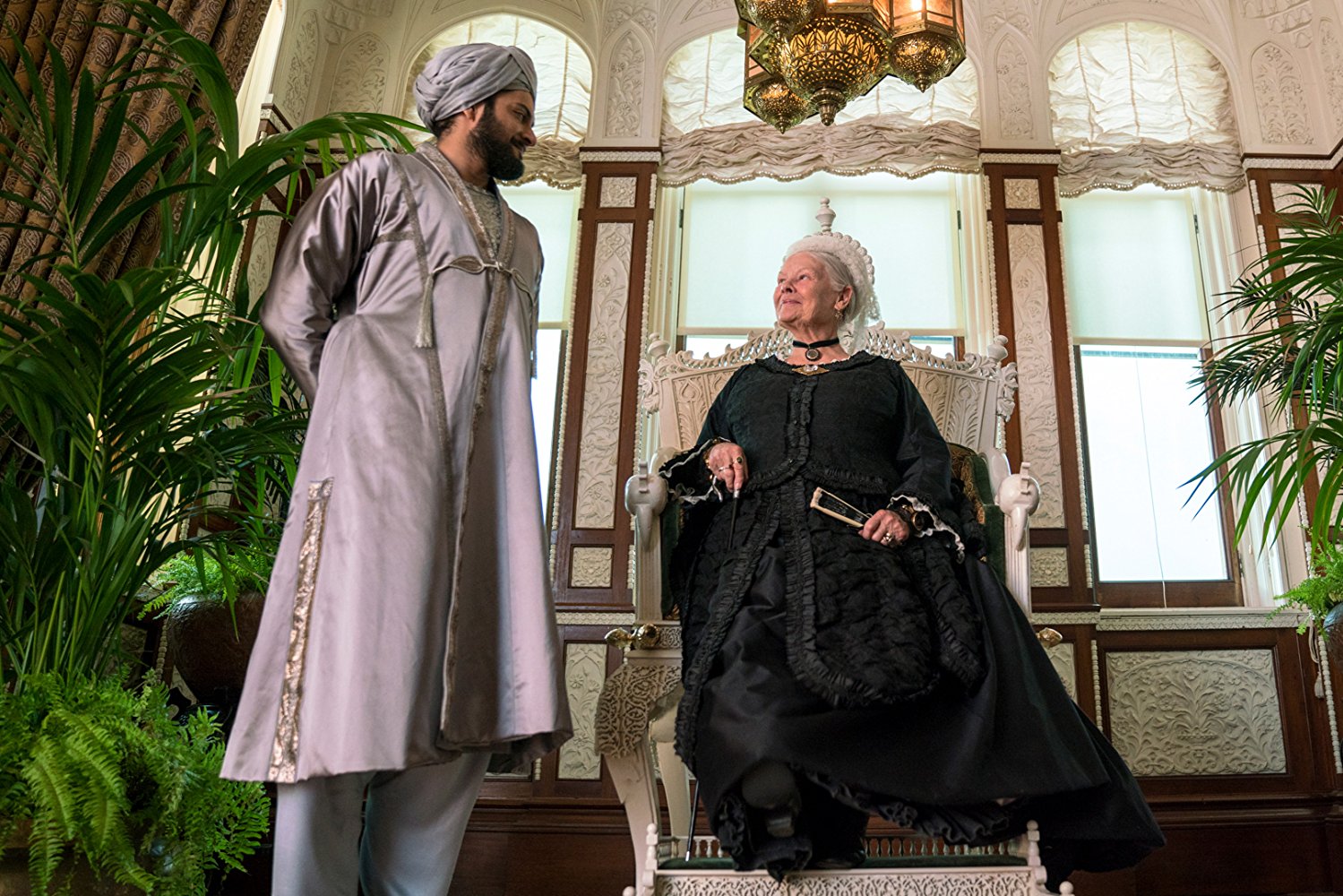 It’s a safe bet that audiences who gather for Victoria and Abdul will arrive with differing expectations. Yes, it’s about Queen Victoria, but is it history or a fictional anecdote? Neither. It begins as a tender comedy wrapped in the rules and customs of 19th century Britain and based somewhat loosely on the facts of Victoria’s life.

Watching the story unfold after stepping into a theater from the reality of 21st century America adds to the humor of this particular tale. Can this ever have happened? You bet, though remember the wonderful introductory hint offered us as the lights go down: “This movie is based on historical facts, mostly.” The extraordinary Judi Dench delivers the stratified society to us with perfect timing as she recreates the lonely queen. The result? A history lesson with a conspiratorial wink.

The early scenes introduce us to the dour queen and her love of eating meals at the head of the table while she is miserable with the crowd of fellow diners who bore her thoroughly. She eats and sleeps her way through dull days and is attended by dozens of servants who dress her, do her hair, and prepare her to step out in public. In short alternating scenes we meet Abdul Karim (Ali Fazal) a clerk from India who has been chosen for his looks and height as the right person to present a beautiful jeweled locket to the queen. It is a gift to be proudly given from this country in her Empire.

Abdul, who has been warned that he must never make eye contact with the queen, does so immediately as he presents the gift to her. Because each has been drawn in such grand detail in the early scenes, we know instantly that Victoria has met the one human being she can relate to with quiet pleasure. She asks him to teach her the language and to explain the culture since she can’t go there for fear of assassination. Their quiet, respectful interaction makes a mockery of the formality that has been her world for 62 years. He teaches and she learns in a lovely quiet friendship of the kind she hasn’t known before. Abdul stays there for years until the time comes to comfort Victoria as she lies dying. In 2010 his journals were discovered and became part of history.

Each cast member contributes appropriately but all of them are cardboard figures as they show us the narrow, formal world that surrounds the queen. The movie belongs to just two. Ali Fazal has the tough assignment of creating an Indian clerk whose deep sincerity touches Victoria so deeply that it changes her life. His performance is gentle and entirely credible. Judi Dench’s Victoria comes alive with this gift of genuine kindness from Abdul. Knowing the Dench talent as we all do, the portrait she paints of Victoria is no surprise, but the lovely quiet friendship between the two of them is a rare cinematic treat.