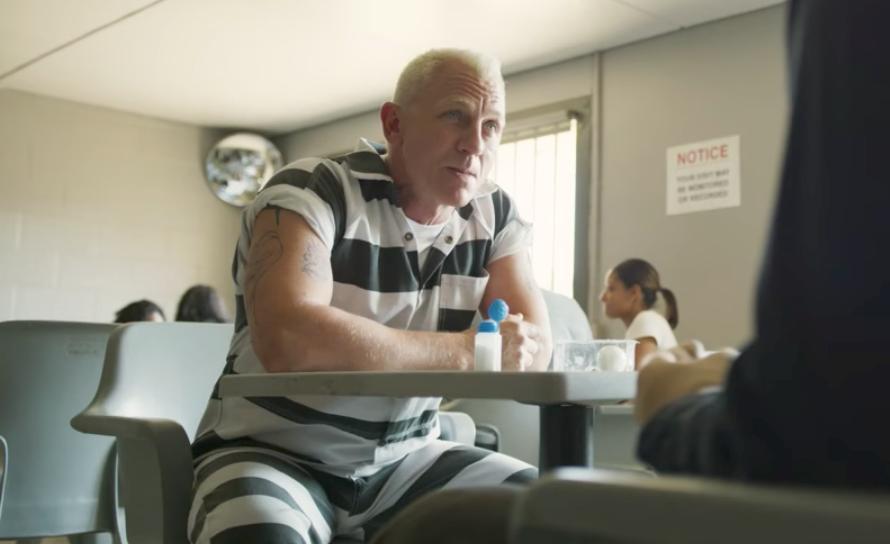 Logan Lucky is a heist movie that takes us to places loved by some and detested by others: bars, jails, and the NASCAR culture. Director Steven Soderbergh’s story about a collection of losers unfolds at a dizzyingly rapid pace – and without scene connections. If you can unravel the details, the movie is a wonder of action. You will see good acting, dozens of oddball sights, and now and then you will laugh.

At the outset we watch Jimmy Logan (Channing Tatum) as he is fired from his job at NASCAR for having a limp that might be blamed on the company. When Jimmy slams his helmet into a garbage bin as he leaves we know instantly that he is not either weak or easy to like. He heads for the bar where we meet his bartender brother Clyde (Adam Driver) who delights us with the delicacy and grace of the ballet he has made of mixing drinks with his one arm. They will become the team for the heist.

Jimmy’s plan unfolds in the underground confusion of the sinkholes and money tubes beneath the NASCAR track building. He spies his fortune in the transparent tubes that deliver all the money from above. Following the instruction list posted in his bedroom –Ten Rules for Robbing a Bank – he begins by recruiting Joe Bang (Daniel Craig), a simple minded jail prisoner with a gift for odd solutions to problems when no tools are available. The team of robbers is assembled.

The rest of the movie unfolds at speed beyond an ordinary ability to grasp. While the standard NASCAR culture of Memorial Day, women, flags, and alcohol unfolds upstairs, Jimmy, Joe, Clyde, and their other recruits handle the underground assignments.

The action shifts without explanation between the jail and the above and below of the racetrack. We even see Jimmy’s small daughter singing in a competition. Neither gestures nor dialogue tell us what’s happening. Everything happens too fast and without explanation. The whole thing is saved, or at least almost saved, by the sight of the good actors who decided for whatever reason to take on a heist movie propelled by a bunch of oddball rejects.

As odd as it may sound after saying that, the action is wrapped in the improbable fun of a band of losers applying their wits to a thoroughly complex, obviously impossible heist plan. The fine cast creates a group of excessively dim pals who weave their way through their multiple mistakes right in sight of the uninterested brass who ignore them because they are unimportant. Their inspired use of limited resources generates welcome laughter.

Watch a straight faced comic performance by Dwight Yoakam as the prison warden and one of comic delicacy by Hilary Swank as a deeply curious detective. And enjoy watching Daniel Craig’s simple minded crook who is smart enough to know how to break out of jail and break back in again. Your call.