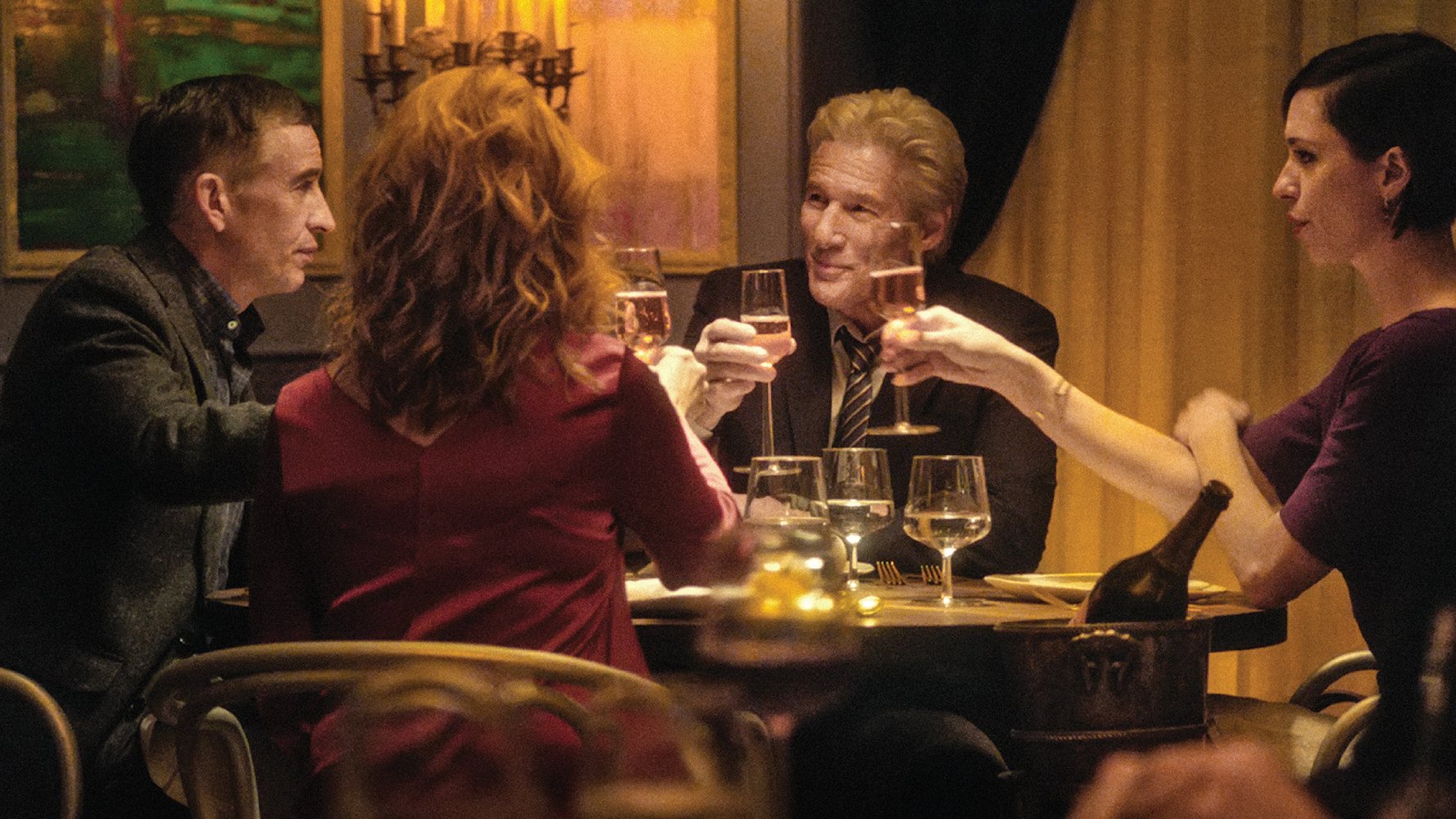 By way of confession, it’s not often that a movie digs into my fairly shallow well of negativity. Considering how tough it is to make a good movie, it seems only fair to look for the good before turning nasty. It’s not fun to tear down the hard work of someone else unless the film is an insult to the audience. That said, The Dinner is a carefully crafted film with a fine cast that is viscerally unpleasant from beginning to end. If that’s what you want, be assured this one will please you.

Stan (Richard Gere) is a U.S. congressman now running for governor. His brother Paul (Steve Coogan) is a former history teacher who overwhelms us with his anger at everything and everyone in his world. Stan has trophy wife Kate (Rebecca Hall) at his side as he runs for office; Paul has Claire (Laura Linney), a kind, and protective wife to her obviously mentally disturbed husband.

Director Dan Moverman teases us with shots of the children of these two odd couples who work their way in escalating scenes toward committing an unimaginable crime while wrapped in their own delicious pleasure at the doing of it.

Paul and Stan, along with their wives, are meeting to discuss and decide how to treat the crime their children have committed. Should they use their power and influence to protect the guilty children with a cover up or admit the truth? In one of the oddest and ugliest parts of the story, Stan chooses to meet at a restaurant so fake and unimaginable that it becomes an ugly mockery of people who can afford to eat there.

A word about the restaurant. A single file procession of wooden soldier waiters walks slowly, deliberately, to the table with multiple courses of perfect food which the head waiter describes in ludicrous detail. Each course is introduced with an announcement of the food along with an insulting description of its perfection. The awful ritual is interrupted repeatedly by Stan or Paul, jumping up to leave in anger at the other. Nothing goes well because the two are usually involved in an outside-the-the-dining-room verbal confrontation or – finally – in a violent physical rage where they vent years of resentment.

All this said, the acting is formidable, the filming clever. The fakery of the characters and that restaurant that caters to their tastes while they decide how to handle their murderous children is close to intolerable. The overall effectiveness is a tribute to Richard Gere and Steve Coogan for making us detest the choices available to their characters. Coogan’s Paul, who labels himself “a warrior for the underclass” is a hideous bundle of his own disillusioning life experiences.

Although the movie is written, acted, and filmed with skill, there is nothing here of the unexpected. When good writers create no change in character, no lesson learned over its length, an audience can feel they’ve been had. You decide.