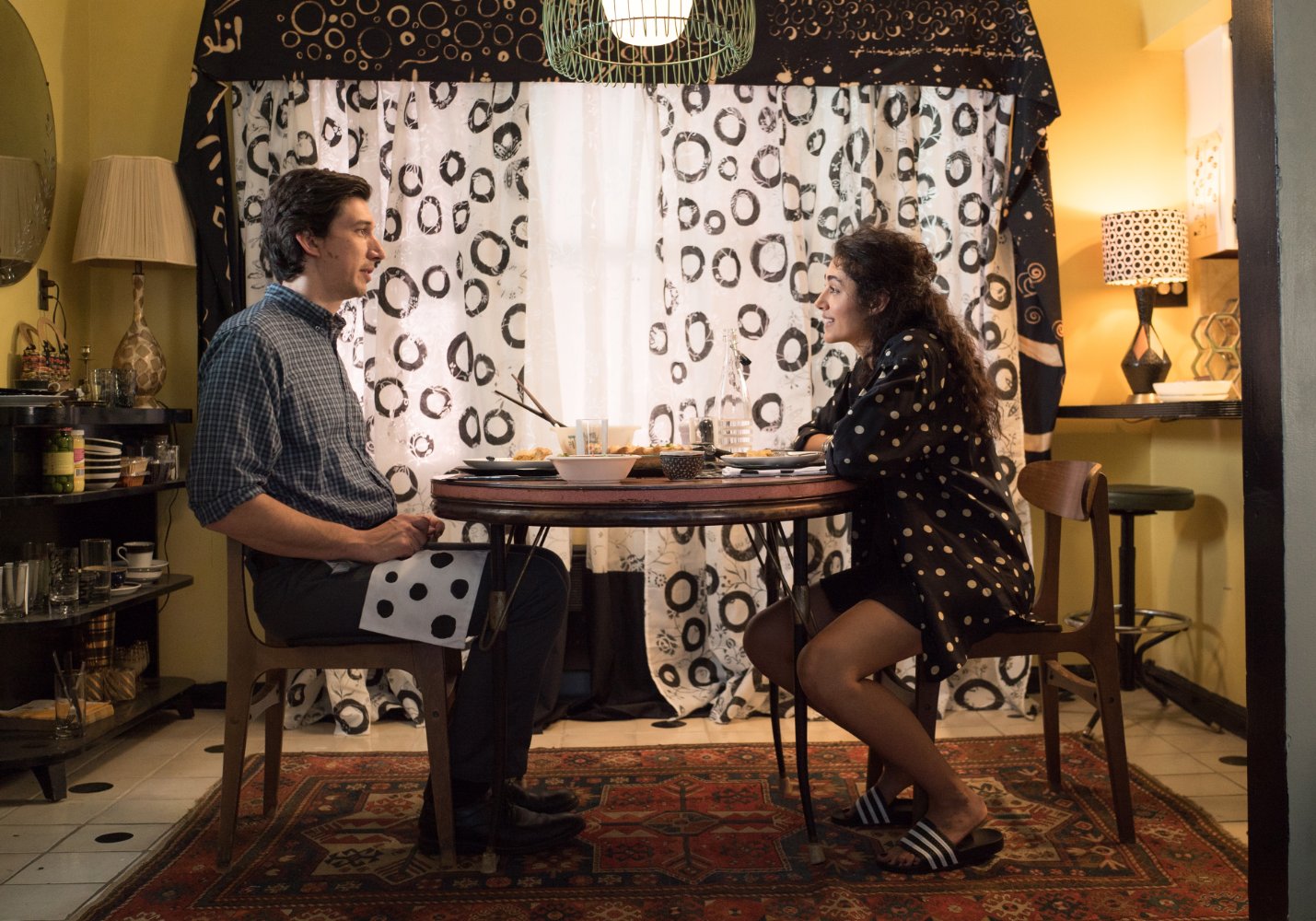 Let the mood of Paterson roll gently over you. We are taken out of the spinning culture of our lives and dropped into the quiet world of Paterson, driver of bus #23 in Paterson, NJ. By movie’s end we sit in stillness thinking about the man we have been watching and that alone is a tribute to the movie.

How does writer/director Jim Jarmusch create Paterson’s world? As he focuses on one week in the bus driver’s life, we learn that this quiet man wakes up each morning at 6:15 while lying peacefully in bed with his sleeping wife Laura (Golshifteh Farahani). Her sleepy smile says both good morning and good-bye to the man she obviously loves.

Then it’s downstairs to a bowl of Cheerios where Paterson’s attention is caught by a box of matches that becomes fodder for the poem he will write in his head as he drives that day. He listens to the chatter of his passengers, acknowledges a fellow bus driver with a toot of his horn, returns to the bus station, and walks home. When he walks his dog after dinner, he stops at a bar for just one beer and a little conversation, his only connection to the outside world. He is a man of silent habit.

Meanwhile, Laura is at home turning their small house into a canvas of black and white abstractions. Throughout her day she paints the floors, walls, curtains, rugs – everything – including all her clothes in bi-colored angles and swirls. Her art is as demanding of attention as Patterson’s is private.

The two are together in the evening and share the small details she brings up to draw him in. When Laura says she had a dream about having twins, Paterson’s first thought is, “one for each of us.” When he starts noticing twins on his drives, we know they are going into his poetry – one for him, one for her. And that’s their chemistry. In two lives free of bedeviling distractions, they pursue their separate artistic passions. While Laura sees everything in terms of black and white design, Paterson sees everything around him in terms of his poetry.

In answer to writer/director Jarmusch, actor Adam Driver has created a man whose poems emerge from the details he absorbs on his bus drives. When he returns home to the woman he loves, he makes no comment on the extraordinary geometry she has made of their house. That’s hers, not his. And that’s their way.

In Adam Driver, Jim Jarmusch found the perfect messenger for the character and atmosphere he had imagined. We watch a silent bus driver isolated in creative design as he absorbs the smallest details of life around him. At the end of the day, he remains quiet even in the chaos of Laura’s abstractions. Director Jarmusch’s hopes are beautifully realized in Paterson the poet, and we reenter the outside world knowing we have seen something that was dear to its writer/director.