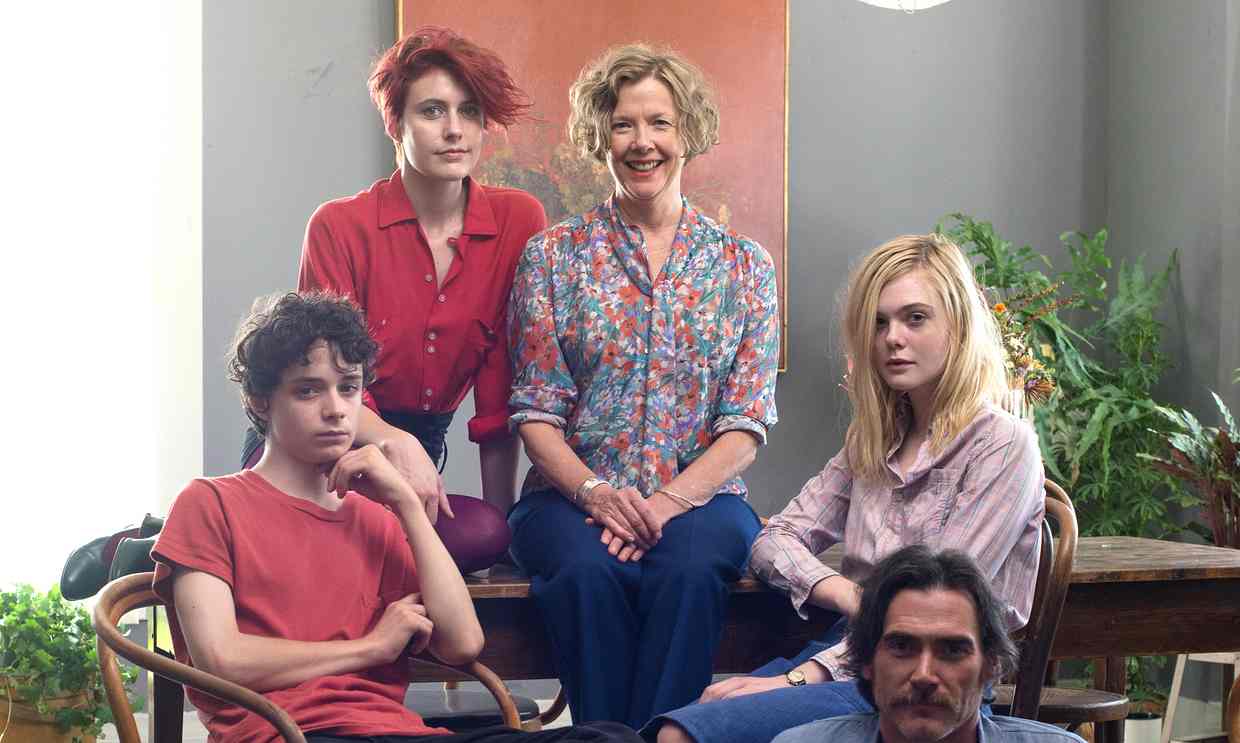 When you decide to see 20th Century Women, don’t look for a story. You will find instead an unconnected series of anecdotes in the lives of three women and one young boy passing from childhood into his teenage years. There are no villains here, just five characters searching for their identities in the 1970s. If the lack of narrative creates confusion, be assured the actors deliver interesting people.

Dorothea (Annette Benning) is the single mother of Jamie (Lucas Jade Zumann) who has moved from boy to teen while being befriended by two young women who rent rooms from his mother. That would be Abbie (Greta Gerwig) and Julie (Elle Fanning). Dorothea looks to them for help in raising her son. The only adult male in the picture is the ever present William (Billly Crudup) who is comfortable with all of them.

The movie unfurls in the 1970s when Californians roll around in a culture that celebrates personal freedom. It is hard at any age to figure out who we are in a culture that asks and expects nothing of us. Easier by far in one that has rules that make the choice of submission or rebellion a simpler one. Dorothea looks to the two boarders to help with Jamie, and whenever she is shocked by Abbie and Julia’s behavior, she soaks it up and moves on. Dorothea rolls with all the revelations and remains just as confused about life’s expectations as they are.

Flame haired Abbie is experimenting with everything as fast as she can find things to try. She searches for answers through music, clothing, and over the top behavior. Julia, just the opposite of her housemate, retreats. She looks more conventional but is emotionally at sea. Jamie loves his mom but, in her guilt at not having a father for him, she injects influences that confuse him as he grows. All are loyal to Dorothea who offers no guidelines.

The question for all: “Who am I?” Each actor builds a character focused on that question and each does it well. That focus falls eventually on Jamie and Dorothea – a sweet teenager and his confused mother. Lucas Jade Zumann is thoroughly winning as Jamie, the teenager with the best intentions who tries, against his nature, to grow up fast with little advice from anyone. The results of his timid step into wild waters evoke only our sympathy.

Annette Benning makes Dorothea a mother drowning in confusion while giving little guidance to anyone. Hers is a household running without leadership. At 55 in 1979, she is adrift in a time before cultural change asked and answered the questions women had about roles and identity. Even in the atmosphere of California cool, Dorothea is emotionally alone in a state of the same befuddlement as the rest of her household. Can an appealing cast carry the day when not one of them has been able to make life choices? That’s for you to decide.