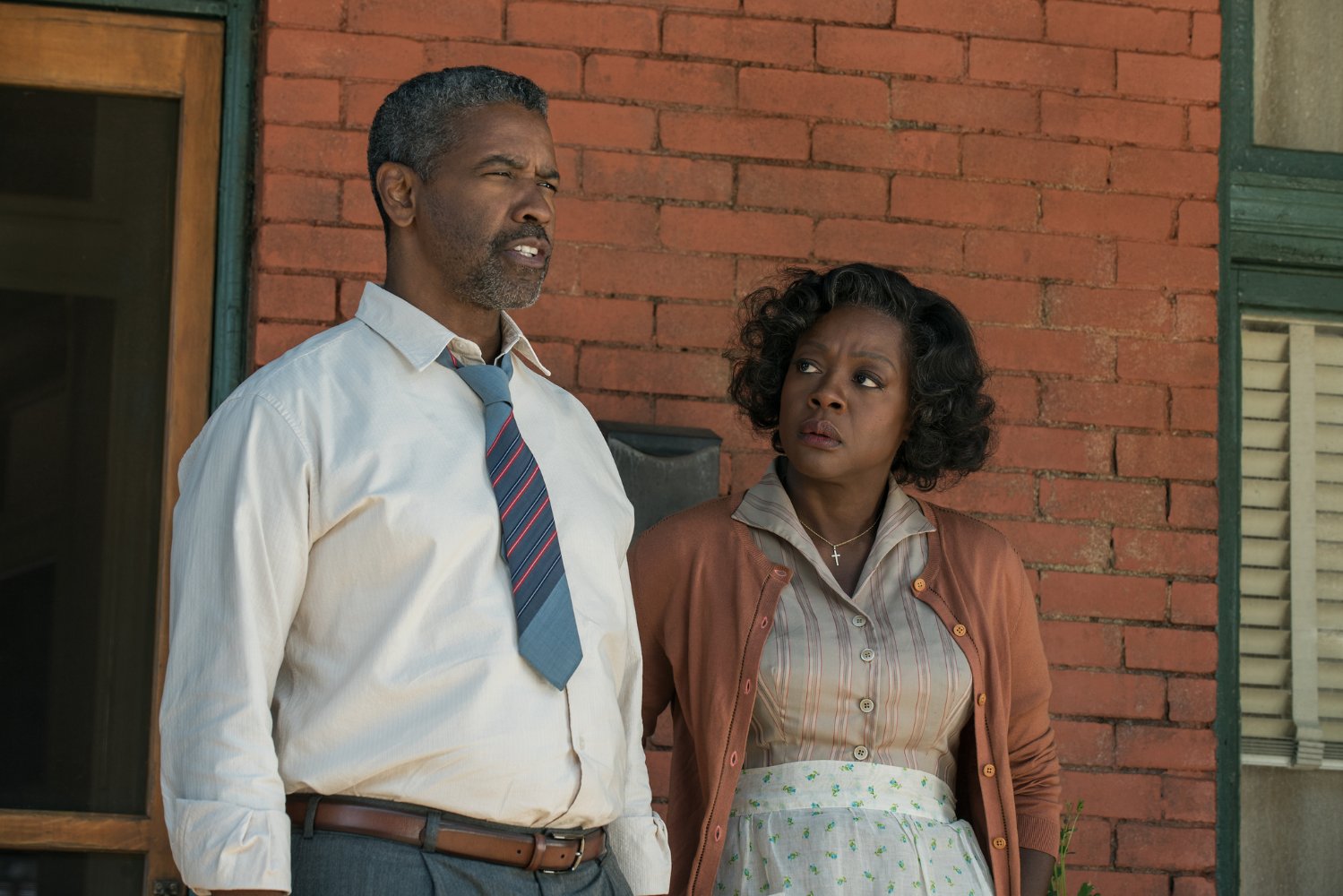 Denzel Washington directed and stars in Fences, August Wilson’s powerhouse story that leaves audiences in a state of appreciative exhaustion. From beginning to end, the script unleashes a mood of intensity that would be damaged instantly by any weak performance. There is not one of those here.

The opening scenes establish Troy (Denzel Washington) as a talkative garbage collector who double teams the trash route with his friend Bono (Stephen Henderson). Troy comes home to his wife Rose (Viola Davis) where most of the film unfolds in his backyard. Because there are so few scenic interruptions to August Wilson’s dialogue, the audience focuses entirely on the strong performers.

Denzel Washington’s Troy is a man wrapped in deep personal pride and aggressive instincts born of life within the parameters of segregation. Whoever is with him at a given moment becomes a listener because this man doesn’t discuss anything. He lectures, comments, and issues orders. He leaves no holes in his outer personality for penetration by friend or foe. This is a man who refuses ever to be hurt again.

Troy has been married to Rose (Viola Davis) for eighteen years and together they have one son who lives at home and one by an earlier woman of Troy’s who comes home only when he needs money. Rose wins our admiration and our concern as she creates her own reality within the confines set by Troy. They laugh together and live within his rules. When the confines shatter, she loses the reality she has built and with it, herself. Viola Davis conveys all this in a shattering performance.

Credit Jovan Adepo with creating Cory, the son who suffers repeatedly from his father’s inability – and refusal – to connect with him emotionally. Cory is derailed from his successful path through school by his father’s refusal of either emotional or financial support when he disagrees with the choices the boy is making. Rooted as he is in past racial history,Troy simply can’t grasp the new path Cory has found through cultural change.

The principals in Troy’s life – his truck partner, his wife, his son – are fine, strong human beings and yet all of them must operate within the dictates of this towering man who sucks in all the air around them. And when Troy succumbs to a life twist he can’t resist, his family must adjust. He continues to insist on the still dominant and confining rules of segregation that he has always known.

Struck in the face, we realize that August Wilson is showing us again the iron limitations around being black in 1953 eight decades after the Civil War ended slavery. The rules of living for this family were still made of solid iron. The saddest part is that Troy Maxson couldn’t understand that his son Cory was leading them all into a new culture that was still unrecognizable to his family. Denzel Washington makes the foul, silent culture of the ‘50s jump alive.