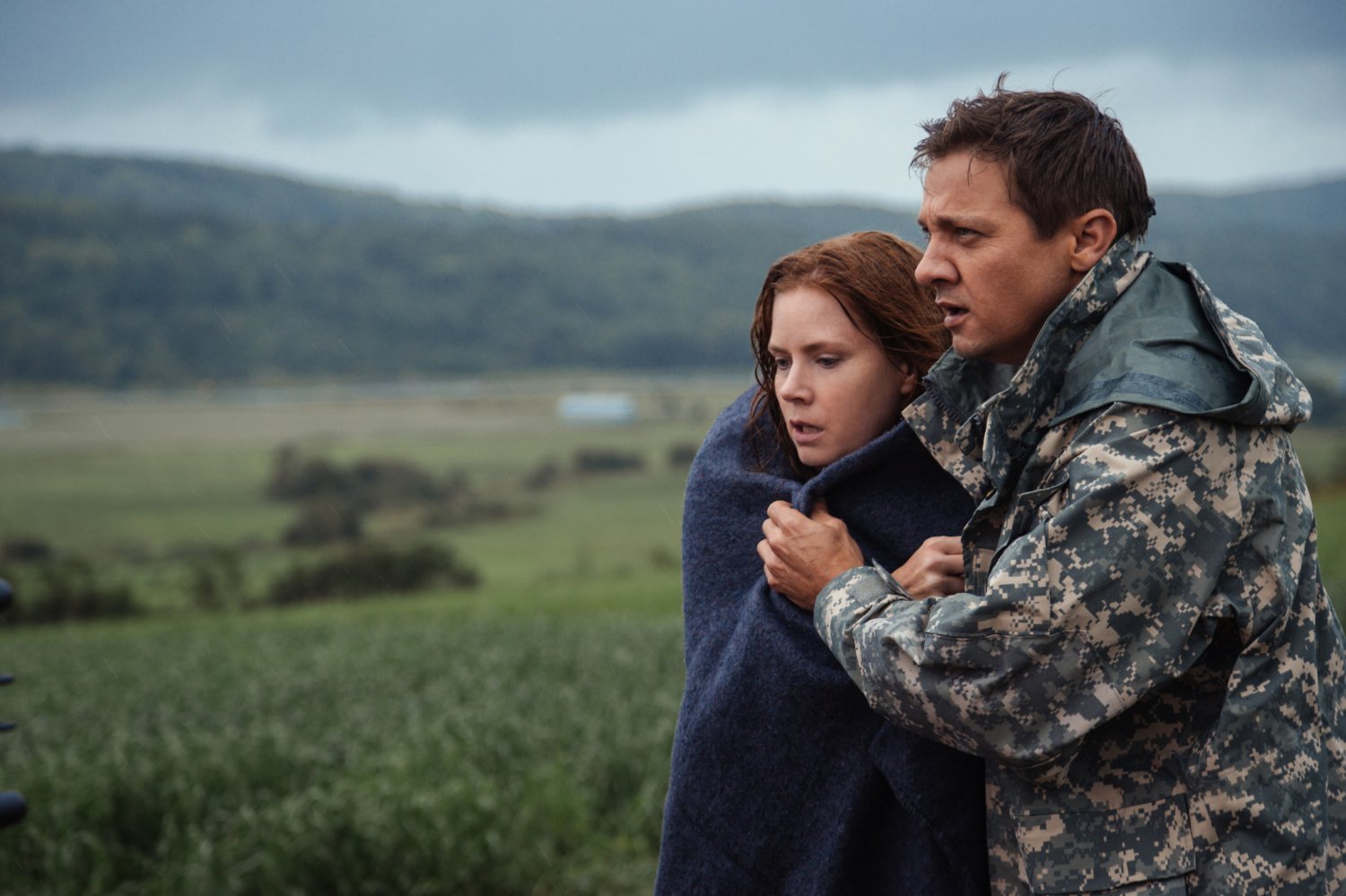 Arrival. What could be less likely than a cerebral thriller about space aliens? Is there such a thing? Ted Chiang wrote a story; Eric Heisserer did the screenplay, and Denis Villeneuve directed. Yes, it features space aliens but instead of the expected battles in the sky against monstrous beings, the story focuses on Dr. Louise Banks (Amy Adams), an accomplished, respected linguist in the academic world.

Twelve space pods have landed in various parts of our world, and the world is scared. Ignoring the temptation to become a blockbuster cliché, Amy Adams plays Dr. Banks as the serious professor determined to approach the aliens peacefully. She and Ian Donnelly (Jeremy Renner) are summoned by Colonel Weber (Forest Whitaker) to use her language skills to discover whether the spacemen have come for peace or war.

As the movie cuts frequently to newsreels of a country hunkering down in fear and preparing for battle, Banks is determined to discover motivation before the politicians assume deadly intentions. When she succeeds in coaxing the aliens to come closer and they respond, we’re hooked. Credit the filmmakers with extraordinary inventiveness in creating the aliens and their language as art forms instead of monstrous images. This is something different, and it is good.

Although most space movies unfold in the world of the impossible, this one hits different chords because recent scientific advances are already planted in our heads. A recent PBS documentary about the possibility of visitors from other planets said the probability is high for visits within five years. That surreal possibility injects a morsel of reality that makes the arrival a symbol for global interaction and quiet negotiating rather than military strength and tests of will.

In the early scenes, Director Villeneuve made sure we knew the degree of Dr. Banks’ experience with languages and Amy Adams never undercuts the image of the serious linguist in any way. She creates a grand study of an expert challenged beyond her field with nothing less than the safety of the world at stake. For probably the first time, an audience is actually at the shoulder of a subtle, intelligent actor as she explores contact with an alien culture. Nothing happens on screen to undercut the feeling that we will one day be edging up to this situation in real life. This is a space fantasy with one root planted deeply in the ground.

This movie is a grand combination of fun, curiosity, and adventure that plants a whole new attitude about space stories. Some very inventive minds put it together and it would be a shame to skip it as I almost did when I thought it would be another monster bashing explosion in the sky.

The creators of this film have made a plea for understanding that global communication, not global war, will one day be our essential tool. Let’s hope an Amy Adams is on hand to help us.