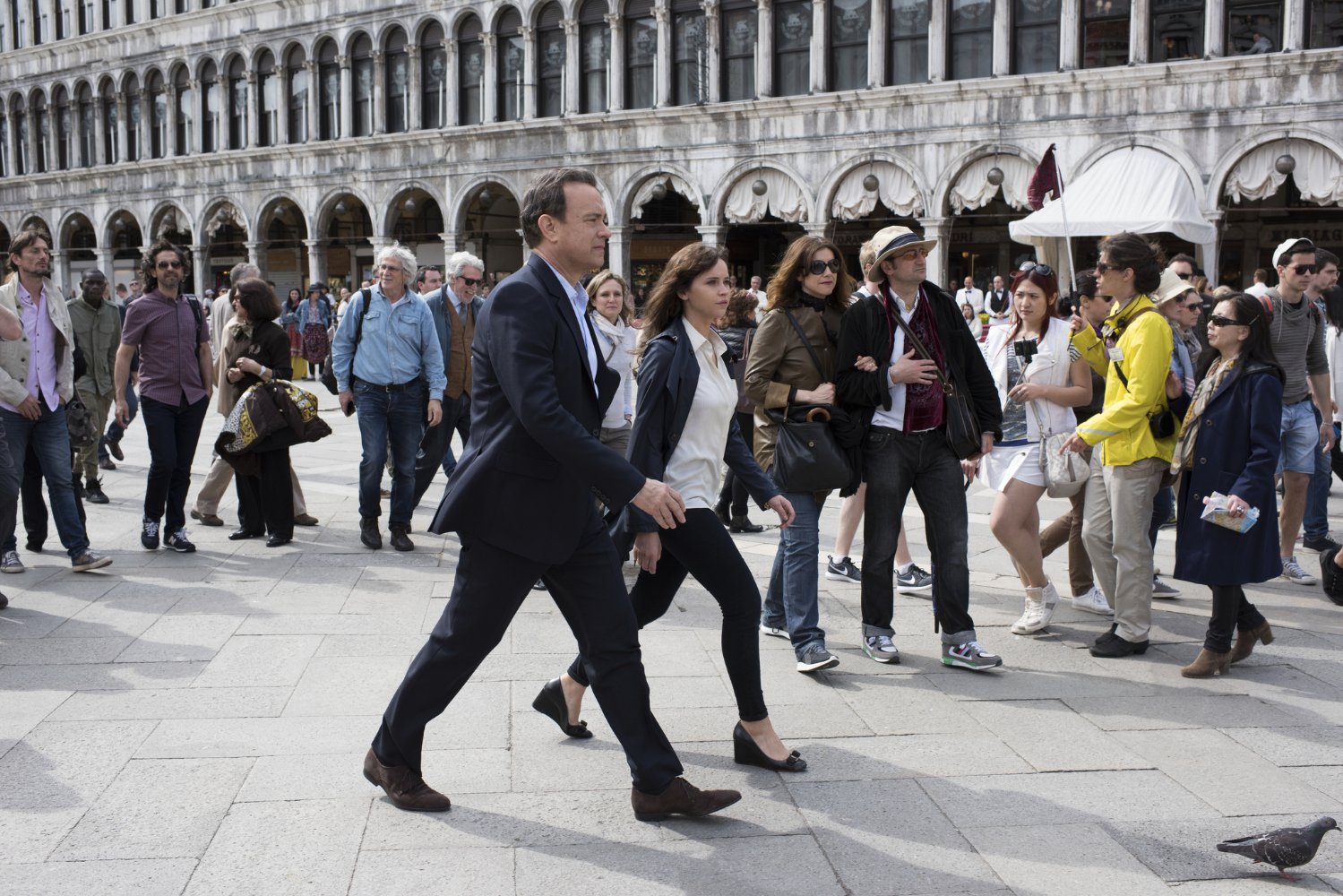 No one will go to Ron Howard’s Inferno expecting the best, but the promise of Tom Hanks racing through Italy, Hungary, and Turkey is, for many, irresistible. As Harvard art historian Robert Langdon, he is the All-American guy trying to set things right at a moment in history when humanity is the disease and inferno is the cure.

Professor Langdon (Tom Hanks) regains consciousness in a hospital in Florence with no idea of how he sustained a serious head wound. He and his doctor, Sienna Brooks (Felicity Jones), are forced to flee suddenly by the appearance of uniformed assassin Vayentha (Ana Ularu). After they learn that nutcase Bertrand Zobrist (Ben Foster) has decided to solve the overcrowding of the planet by killing half the world’s population with a plague, the pair sets out to find the poisonous vial. They race through Europe following clues that Langdon translates from Dante’s Inferno. They have 24 hours to destroy the vial and save the world.

As preposterous as this sounds, there is fun aplenty in watching the professor and Dr. Brooks pursue the clues in a race against time through the beauty of the art that holds all the secrets. The clues to the location of the vial are confusing. Best solution: relax and enjoy the race through Florence, Venice, and Istanbul on every imaginable manner of transportation in order to save the world.

Watch a preposterous two hour run on bikes, motorcycles, cars, planes, and trains through European crowds to a properly scary score. After dismounting from crushed vehicles, they run at a fast clip through beautiful art collections. Will they find the plague in time? Will Dante’s prophecy be fulfilled? Could Tom Hanks lose?

The filming and lighting are subtle and beautiful, the art tour terrific; the plot and its machinations are absolutely ludicrous. But wait. Aren’t movies based on popular novels supposed to be the equivalent of junk food at McDonalds? And when you build all this around Tom Hanks and Felicity Jones with a gang of bad guys played by good actors, things can’t be all bad. Add an especially warm performance by Sidse Babett Knudsen as head of the World Health Organization and what you have is a good plate of junk food. In a welcome invitation, Knudsen delivers the promise of a next movie in the series.

Suggestion: if you sink into it, it’s fun, if you analyze it, it’s ridiculous. In spite of the nearly universal belief in any Tom Hanks character, he’s vulnerable here surrounded as he is by a cast of good actors who join in creating the deadly story.

We are treated to the explosive end of the Hollywood tradition that women in movies must look pretty but can’t do anything. These women are gorgeous and very capable of dispatching any male enemy they see as a threat. Good music, great scenery, silly story, many surprises – a nice interruption in your busy life.