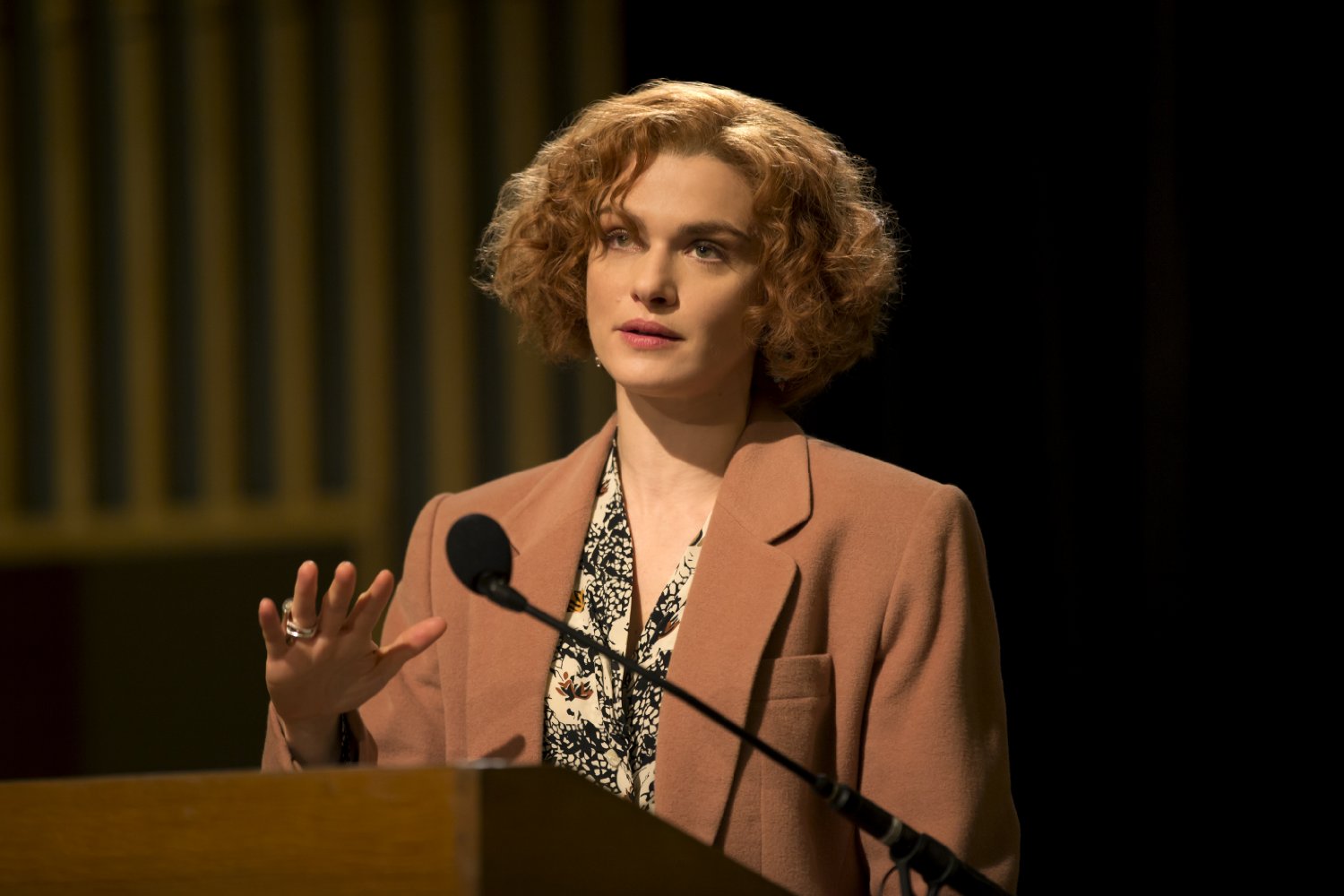 Denial is a nearly flawless movie made by a team of British filmmakers who have been honored individually in the past with an Oscar, a Cannes Award, an Emmy and other nominations. They know what they’re doing and together they have created a movie that is written and acted with great complexity. This true story is likely to stay with you long after you leave the theater.

In reality and on screen, Deborah Lipstadt (Rachel Weisz) is a professor at Emory University in Atlanta. She has written a book, History on Trial: My Day in Court with a Holocaust Denier. As the movie opens, she has been sued by British writer David Irving (Timothy Spall) who has built his life and career on trying to convince the world that the Holocaust never happened, that there were no gas chambers at Auschwitz.

If that seems to be an easy win for Lipstadt, remember that while in America we are innocent until proven guilty, in Britain we are guilty until proven innocent. As Deborah Lipstadt’s British legal team takes on the job of actually proving the Holocaust did happen, the collective talent of this British film group assumes the challenge of having to prove something the world has believed for more than seventy years.

Based on Lipstadt’s book, British playwright David Hare’s complex screenplay reflects the demands of British law while we in the audience are increasingly absorbed by trying to understand the strategy of her legal team. There isn’t a moment when we know what is coming next. This is a legal thriller with high stakes.

In Tom Wilkinson’s hands, defense lawyer Rampton becomes a riveting study of a man who knows he must master all the detail if he is to win. His lawyer is brilliant, manipulative, and secretive inside and out of court. Credit Andrew Scott with a fine portrait of solicitor Anthony Julius who steers Lipstadt through the legal process that demands she remain silent.

The wondrous Timothy Spall builds the repulsive Holocaust denier with such skill that we understand why the law suit is the challenge it is. Spall literally becomes David Irving, the Nazi sympathizer, the relentless historian who says the gas chambers were a myth. He generates our hatred with masterful skill.

Rachel Weisz, who builds the explosive American who knows her stuff, is a marvelous study as she is silenced by her lawyers when she wants to preach from the witness box. As she begins to understand the complexity of their plan, she holds back. Hers is a performance that moves slowly from determination to be heard to acceptance, to understanding – and she does it all beautifully.

Whatever you may know about the Holocaust, you are likely to be immersed in suspense as the movie unfolds. Flawless writing, acting, and directing combine to silence us from beginning to end. The British have shown us how to stun an audience with a brutal piece of history. .