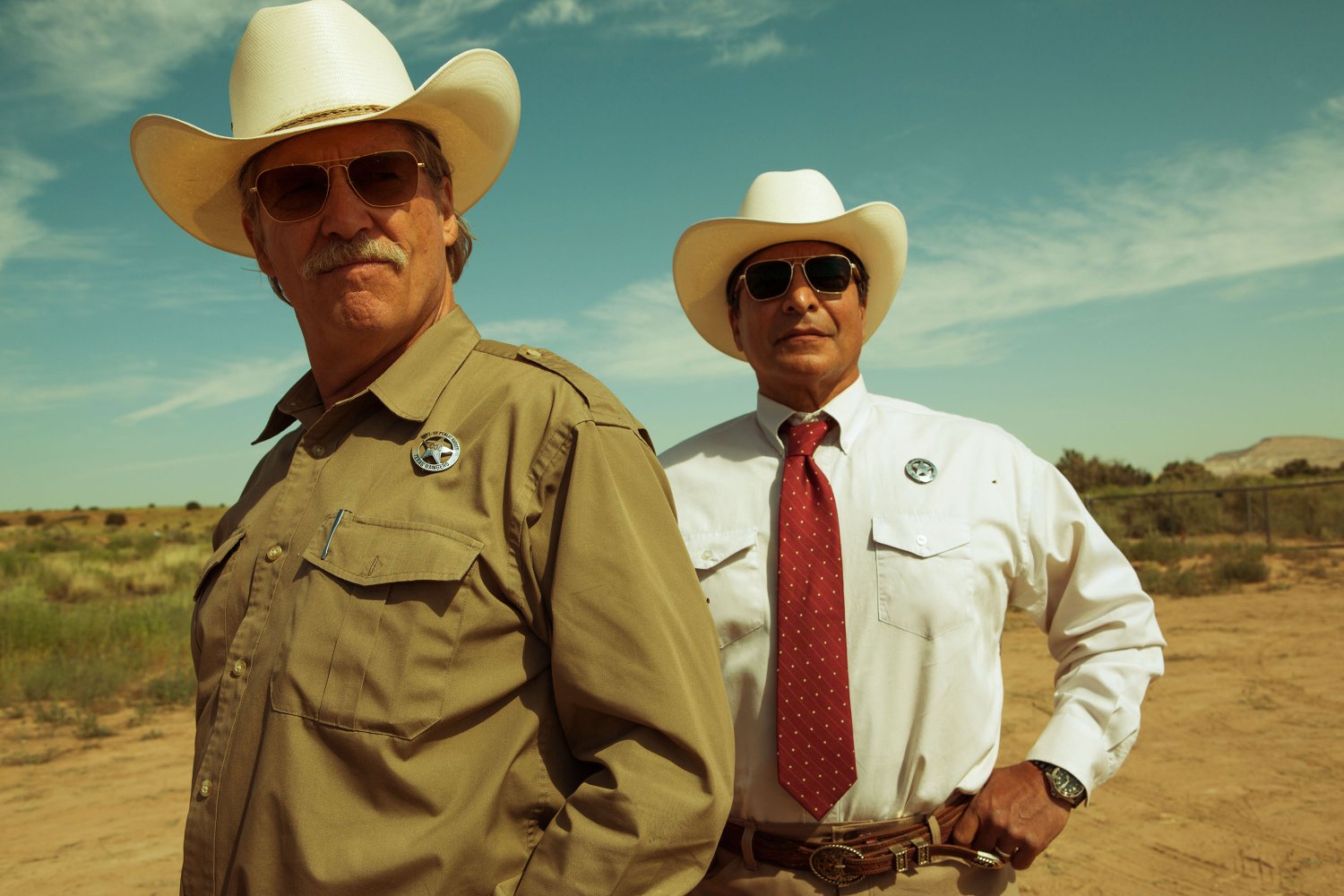 Hell or High Water snuck quietly into theaters with little fanfare and some of the best acting of this or any year. Don’t miss it. This is a Western that transcends the good guy/bad guy formula with absorbing character portraits. Set in a West Texas town during recession times, stores are closed and farms are being taken by banks for unpaid loans they shouldn’t have made in the first place.

Watch the relationships – between two brothers, between two lawmen, between the head lawman and one brother. Each character is drawn in subtle layers by a uniformly fine group of actors. Director David MacKenzie and writer Taylor Sheridan have wrapped their tale in contemporary violence, but this is far from the old fashioned good guy/bad guy story.

Ex-con Tanner Howard (Ben Foster) and his brother Toby (Chris Pine) are trying to save the family farm after their mother dies. To make the payments owed under threat of foreclosure, they rob the banks for just the amount of money they owe, no more. Watch the brothers break the law, one with gusto, the other with reluctance. Their bond is firm, whatever lies ahead.

When one robbery goes wrong, they are chased by Ranger Marcus Hamilton (Jeff Bridges) and his Comanche teammate (Gil Birmingham). The aging Marcus and his Indian partner exchange affectionate racist taunts as Marcus quietly makes a plan to outwit the robber brothers.

Understanding the significance of the new oil rigs sprouting everywhere, Toby is determined to hold the farm for his sons. Lawman Marcus is determined to catch the pair before he slides into unwelcome retirement.

The odd part of all this is that we find ourselves rooting for both sides while time and again the movie surprises us with new twists. The relationships that develop among these characters are subtle, unexpected, and very moving. We are wonderfully absorbed because every one of them seems to have grown literally out of the rock solid West Texas soil.

Credit Jeff Bridges and Chris Pine with creating an extraordinary and unexpected connection between the Ranger and the reluctant bank robber brother. Their performances are delivered in an understated display of slow motion beauty. Equally good as the bombastic, con man brother, Ben Foster makes sure we understand the thrill that propels him. Unrepentant, he loves being a bad guy.

Beautiful camera work captures vast country bisected by long ruler-straight roads that roll through flat fields toward the curve of the earth. The barren desolation of the place is overwhelming.

The vast emptiness is spotted here and there with the rusted water tanks and crumbling houses of a plentiful past dotted now with experimental oil drills. But the real draw here is that in an otherwise violent story, Ben Foster, Chris Pine, and Jeff Bridges create characters who move us greatly. And so and at last, the Westerns we used to love are back but with a fine 21st century twist: these cowboys are real people.