One Loser, One Winner
An Illusion Review by Joan Ellis 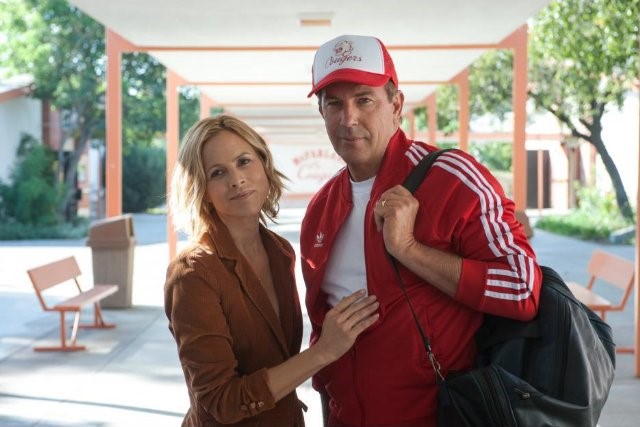 Focus is an ordinary movie filmed in glossy excess. If it can be said that the movie is saved from the ordinary, that credit goes to Will Smith and Margot Robbie who are front and center most of the time and manage to win our affection.

Nicky (Will Smith) is a con man. Jess (Margot Robbie) is his lover and student in all things criminal. Nicky makes his money fleecing people in ball parks and race tracks (both horse and car) with convoluted gambling schemes. He also provides the perfect training ground for Jess while she learns the trade by stealing watches and wallets with an ingenious light touch.

Nicky swindles a bunch of accomplished lowlifes at the parks. Gerald McRaney is a menacing tough guy, BD Wong an impish gambler with deep pockets. These rich crooks are the avenue to the luxury boxes for Nicky and Jess and anyone in the audience who wants to see the high and low sides of horse racing, Formula One, and football at the Superdome.

Though deception is the theme of this movie, the deceptions between Nicky and Jess far outshine the ordinary heists inflicted by the gamblers. It’s a slick ride through an ugly world.

McFarland, USA is a real sleeper. Tagged as “a Disney sports movie,” it’s that and much more. Critics are tripping over themselves to avoid being accused of liking anything sentimental. Wrong. This is good movie rooted in a true story.

Jim White (Kevin Costner) is a coach newly fired for his short fuse temper. The only school that will hire him is McFarland, a very poor California town whose Mexican American residents scratch a living from agriculture. Jim, his wife and two daughters move there and start cleaning up the mess of their new small, run down house. As Jim watches the schoolboys running everywhere during their tightly packed days of work in the fields and at school, he decides to train the boys for cross country.

Subjecting them to grueling practices, he takes the unknowns all the way to the state finals. So it’s a sentimental premise, but hear this: Not one person in the cast delivers a sentimental performance. What lifts the movie is Director Nick Caro’s fine direction of an excellent cast. Instead of overacting, we see enthusiasm. Instead of emotional predictability, we see complex people reacting to challenges.

Carolos Pratts and Valente Rodriguez deliver fine performances as student and principal. Kevin Costner makes Jim White believable as a good if flawed man who sees what building the cross country team can do for the futures of his students. Maria Bello turns in a wonderfully quiet but deep performance as Cheryl White. Together Costner and Bello create a many shaded portrait of a couple who lose home and career and manage, in middle age, to build something unexpectedly strong without a whit of sentimentality. Don’t skip this one.