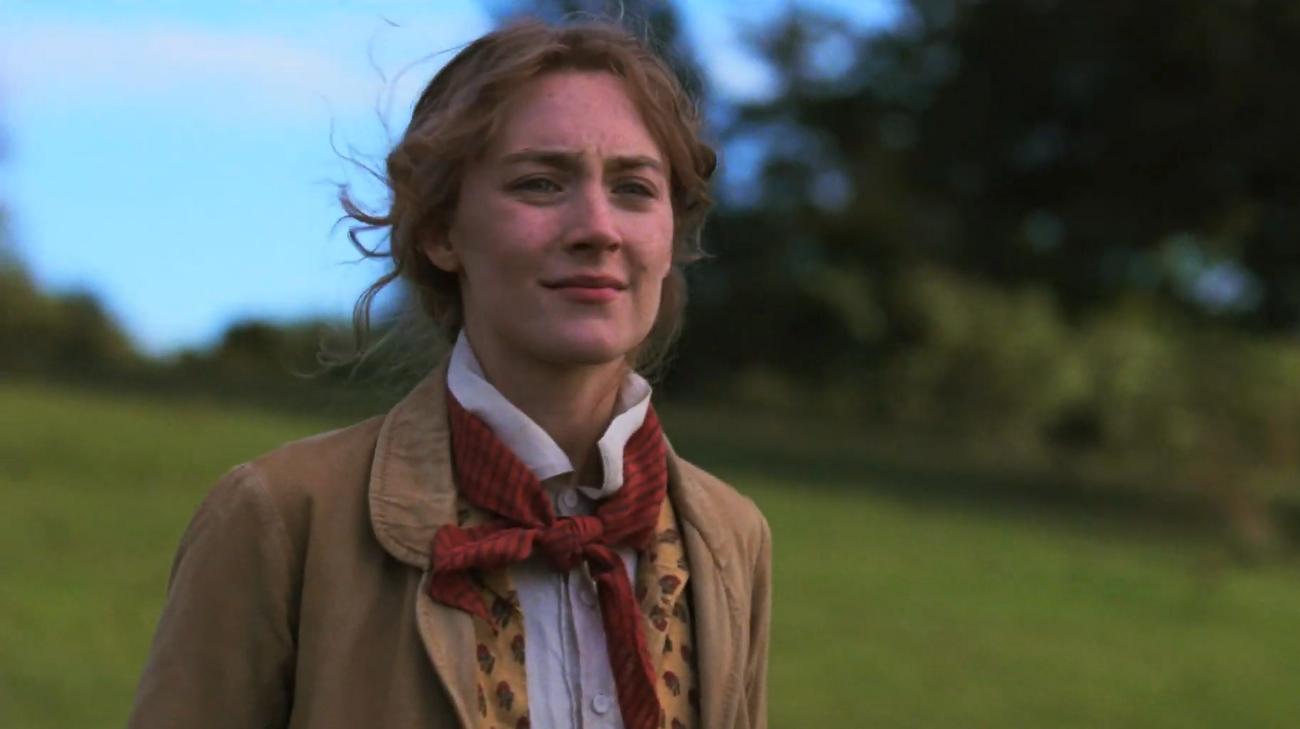 If you are thinking of skipping Little Women, think again. It has been read in Louisa May Alcott’s book and seen in movies by all ages ever since it came out in 1868. Now, as a gift to all of us, Greta Gerwig has assembled and directed a superb cast in a new version that is packing theaters. It is both a tribute to the book and a salute to families of any era. Just go.

This story may have been written five decades ago but director Gerwig has dropped it into the present as she develops the sisters who are both intelligent and emotional in their search for their futures. We care about every member of this family she paints.

Saoirse Ronan creates Jo in a way so affecting that she could be a portrait of any strong woman who knows exactly what she wants. Jo is the one born to write and we are absorbed by how she thinks and what she does. When she confronts her publisher and stands up for herself, she becomes a woman who could ring true in any era. Saoirse Ronan’s creation of Jo is riveting. She draws us in and we sit in a theater audience that is rooting for her all the way. We can feel it. The entire audience has been pulled into the story and that is just where they want to be.

There isn’t one weak casting spot in the whole film. Saoirse Ronan, Emma Watson, Florence Pugh, Elza Scanlen, and the men in smaller roles who want to marry them are winners. Even Meryl Streep contributes a fine small part. Laura Dern creates the fascinating non-judgmental mother who eventually shows us her own inner torment. She has raised four girls who are growing into fine intelligent women, all with inner drives that propel them to the goals they are choosing in the culture of their time. Now she can turn to herself.

Jo is the writer forever; Meg and Amy want to marry good men and have families; Beth, the youngest, is a talented piano player who watches her older sisters carefully for lessons in how to grow up. We feel great admiration for Louisa May Alcott. When she wrote the book in 1868, she created a tale for her generation. What an accomplishment to have written a story that has drawn readers for a full half century.

And now, in 2020 as movie lovers pack theaters, we credit both Alcott’s book and Greta Gerwig’s movie as crowds love it once more. Four teenage sisters living with their mother in Concord, Massachusetts in 1868 have been recreated in a way that enriches rather than lessens the original. There is no weakness in any of the women or the men. Each of these accomplished actors absorbed the inner emotions created by both the original author and today’s recreator. Alcott’s book became universal and Greta Gerwig’s movie is becoming just that in 2020.