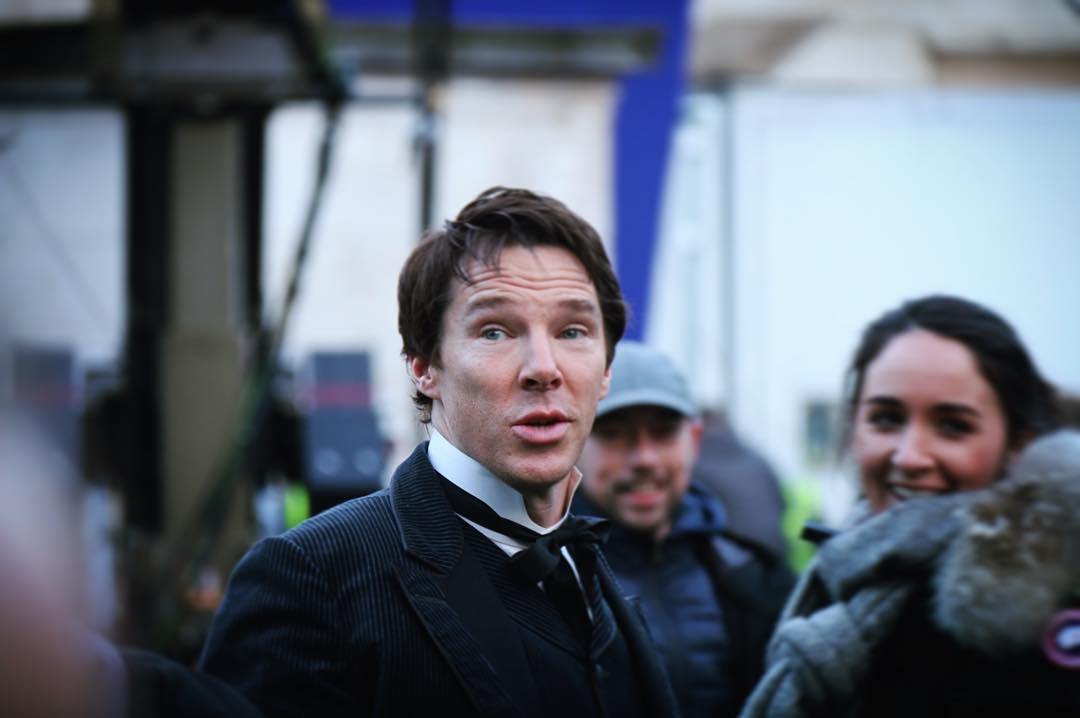 Here’s how the studio describes The Current War: Directors’ Cut: “The dramatic story of the cutthroat race between electricity titans Thomas Edison and George Westinghouse to determine whose electrical system would power the modern world.” So off I went with pleasure to see the history of what changed the world as nothing else ever has. What I saw is no such thing, but let’s start at the beginning.

Actor Benedict Cumberbatch has created Thomas Edison a man whose mind is rooted full time in his creative/competitive mode. Nothing wrong with that for a man who changed the world, but was Thomas Edison really as eccentric as actor Cumberbatch has made him? Is it possible the actor wanted to jazz up a history story in an effort to be creative? Perhaps, but the story itself is anything but dull.

Our history was hit with two inventors at the same time. Edison insisted that George Westinghouse’s AC current was dangerous while his own DC was safe. It’s fascinating to watch America gain the use of time after dark. Absorbing also to watch those tall poles holding the wires that to this day deface our roads and our country. Another surprise unfolds. It seems impossible that Edison’s invention came less than a century and a half ago to turn us into a world that could function after dark. Some negativists called it “a hobby for the rich.”

One of the great strengths here is that the film conveys strongly the reality of a world that lived in darkness after dusk until the late 1800s. Candles lit the evenings of the world and this movie conveys the atmosphere of life lived by that light alone. In every season, as dusk approached, the daily lives of everyone on earth changed to darkness. All human activity was limited to what could be done in candlelight.

Surrounded by fine performances by Tom Hall as Edison’s assistant, Michael Shannon as Westinghouse, and Nicholas Hoult as Nikolai Tesla, Benedict Cumberbatch’s Edison is an angry man who creates all the commotion around himself. The invention that changed the world takes second place in this movie to Edison’s creation of a juvenile competition.

If we manage to bypass that personal exaggeration, the rest of the movie is fascinating. The strength here lies with director Alfonso Gomez-Rejon and writer Michael Mitnick who have imagined so well the atmosphere as the world first lit up in spots and then spread. Wherever electricity came, culture changed overnight. In just the century-plus since Edison, Westinghouse, and Tesla, we live in a world where darkness limits nothing. The power of the invention changed the world in a blink.

In the shadow of such achievement, is it rude to ask why some genius hasn’t figured out how to do away with the telephone poles that ruin the beauty of our landscapes? Those wooden uglies haven’t changed a mite in the century plus since Thomas Edison changed the world.