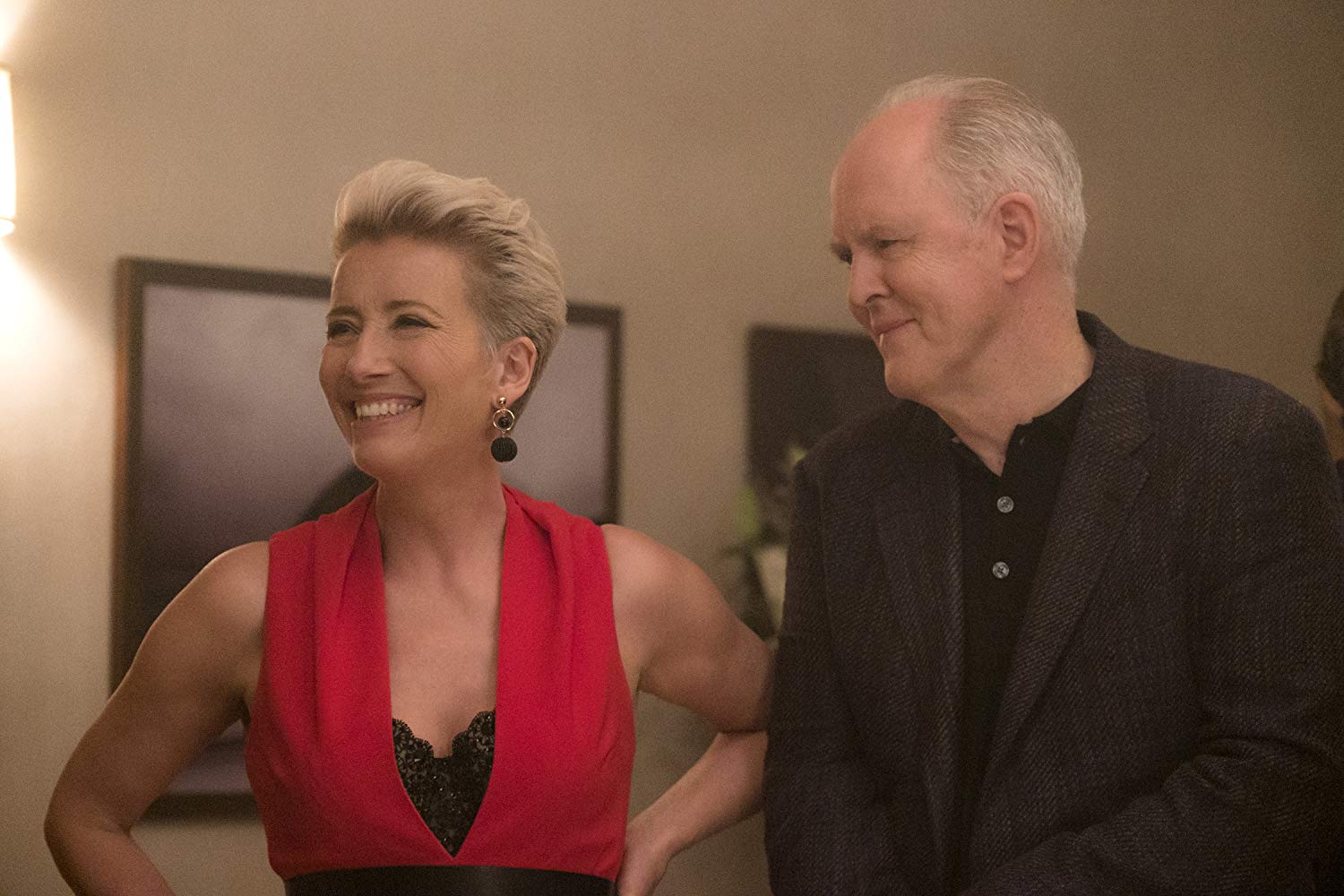 At last, a good one: “Late Night.” Emma Thompson becomes our guide to contemporary workplace politics and she does it in a fast, light comedy that makes fun of it all. Her character, Katherine Newbury, has been the major star of a late-night talk show that has begun to sink after more than a decade in the spotlight. Thompson injects Katherine with a slew of emotions from arrogance to sadness to wounded pride. Suddenly, she is about to be fired for being old-fashioned in the new culture. Her material is dated, and she is old.

As a first rank TV star, Katherine got away with being arrogant off screen as she delivered her demands like gunshots. Now it’s all downhill as her boss and the writers she has ignored turn nasty. Against her better judgement, Katherine hires Molly (Mindy Kaling), an earnest young woman who is both a passionate fan of the show and a product of the culture of the moment. Molly plants the comical seeds of change in the routine of her reluctant boss.

As Katherine sinks emotionally, she goes home at night to Walter, a lovely, gentle husband who never criticizes his powerhouse wife but is there for her always. This is a fine performance by John Lithgow who makes it completely believable that his love and support for his wife remain strong and uncritical even in her downfall.

Though Emma Thompson is the atomic explosion that ignites all the fun, the whole cast works in comic tune with the plot. Mindy Kaling’s Molly lights all the contemporary emotional sparks that make us laugh as the story reflects the mood of today. She fuels the chemistry that turns the nightmare around.

As we watch the turnaround, we realize what we have heard before: that comedy is the toughest of all performing assignments. Katherine, whose successful comedian had been an arrogant success, is still a tough nut as she learns the culture of today, but she opens her character – if not herself – to change. The result? We root for her when she remodels her humor for the next generation.

The strength of this movie is that it is built around one character who is outrageous and smart as she demands loyalty from everyone else. If that sounds grim, it isn’t. Everyone around the star has a stake in her success and they jump on board to help bring her into the future. Today’s comedians must be rooted in the new culture. It’s a time for age to evaporate as a bar to success. This whole comedy is rooted right there and is delivered in a contemporary script by a cast that gets it. It’s a comedy that hits its target.

There aren’t many actors who could carry this off with the humor and grace Emma Thompson wraps around this character. She’s terrific. This is a bright spark in a dull movie season. Grab it.