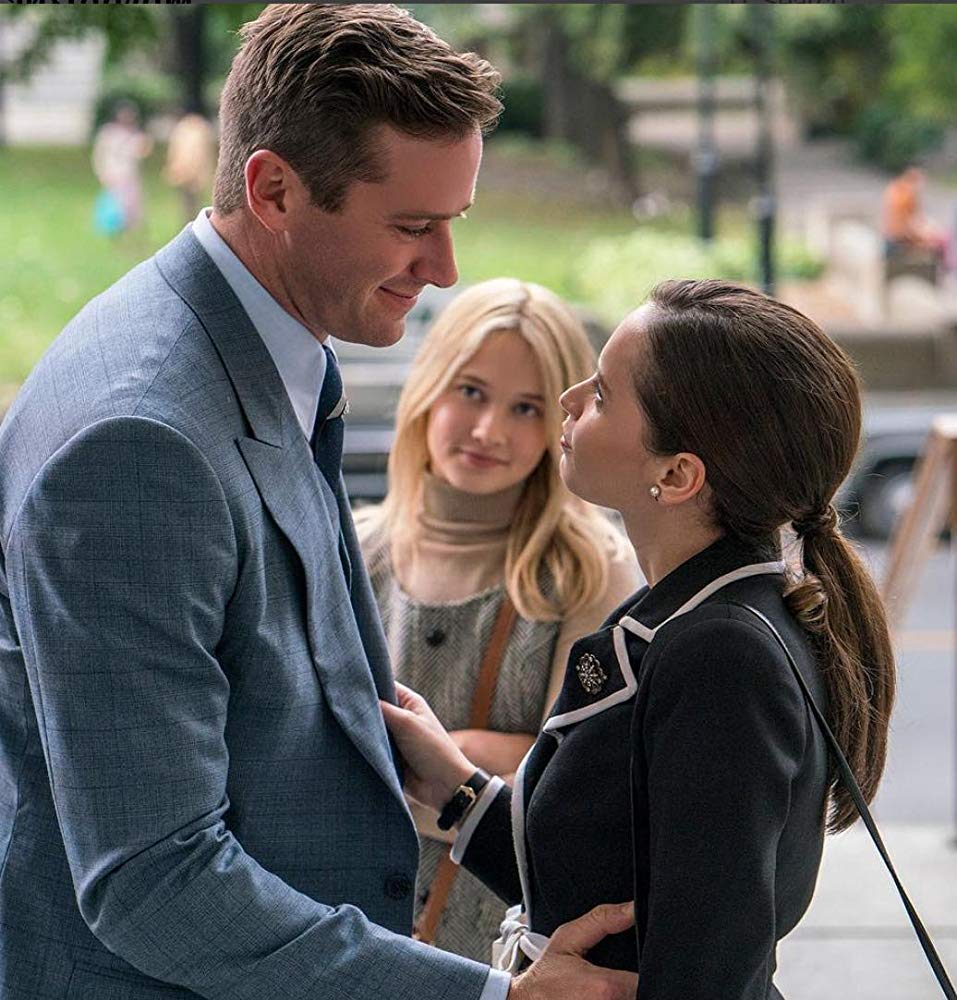 1956. Please let this movie take you back there. On the Basis of Sex is our chance to understand how the freedom women now enjoy is rooted in the early work of Justice Ruth Bader Ginsburg. RBG -the other recent movie about this remarkable woman – deals with her years as a Supreme Court justice. This one tackles her journey through Harvard Law School, marriage, motherhood, and her belief in the rights of women.

In spite of standing first in her class at Harvard, no law firm would hire a woman. Awash in rejection by the existing rules of the male world, she had good support from a strong marriage and her children. She fought to escape the world of bake sales and bridge in a culture that said women were too emotional and fragile to be lawyers. Rejected by every law firm she approached with repeated statements of male superiority, she moved through years of frustration until she broke through the barriers to take on a case at the more tolerant ACLU that men thought could never be won. Her brilliance was submerged for years in a world of scorn.

In the ‘70s, Ginsburg spotted a case that could overturn sexual discrimination and she fought to be the lawyer who used it. At the core was a male, Charles Moritz (Chris Mulkey), who was taking care of his elderly mother and was denied a tax deduction because only women were supposed to be caregivers. Soaked in male derision from all sides, Ginsburg won the case that finally allowed women to become equal competitors on all levels.

This film could easily have become a joke in the wrong hands. That never happens here. Felicity Jones plays Justice Ginsburg with extraordinary wisdom and restraint in the grim battle of one woman fighting the male legal establishment. Encouraged at times, sick at heart at others, but driven by bullet proof determination, Jones never overplays this emotionally demanding role. She is teamed with Armie Hammer who plays her lawyer husband beautifully. Supportive of his wife in all ways, he listens and learns from her while helping her through the legal tangle. He’s far ahead of his time.

The men who play Ginsburg’s opposition are brutally effective as they hurl at her the words and actions of the men of the time. These are tough roles for actors of today. Credit Justin Theroux, Sam Waterson, Jack Reynor, Stephen Root, Caley Spaeny, and Kathy Bates in the strong cast. With a steady hand, director Mimi Leder leads actors and audience through the now impossible thinking of the time.

For anyone who was an adult then, the reality of the ‘50s can tie you in knots long after leaving the theater. You will take this exchange with you: Judge: The word ‘woman’ does not appear even once in the U.S. Constitution. Ruth Bader Ginsburg: Nor does the word ‘freedom’, Your Honor. Once again, the Constitution brought change through words, not weapons.