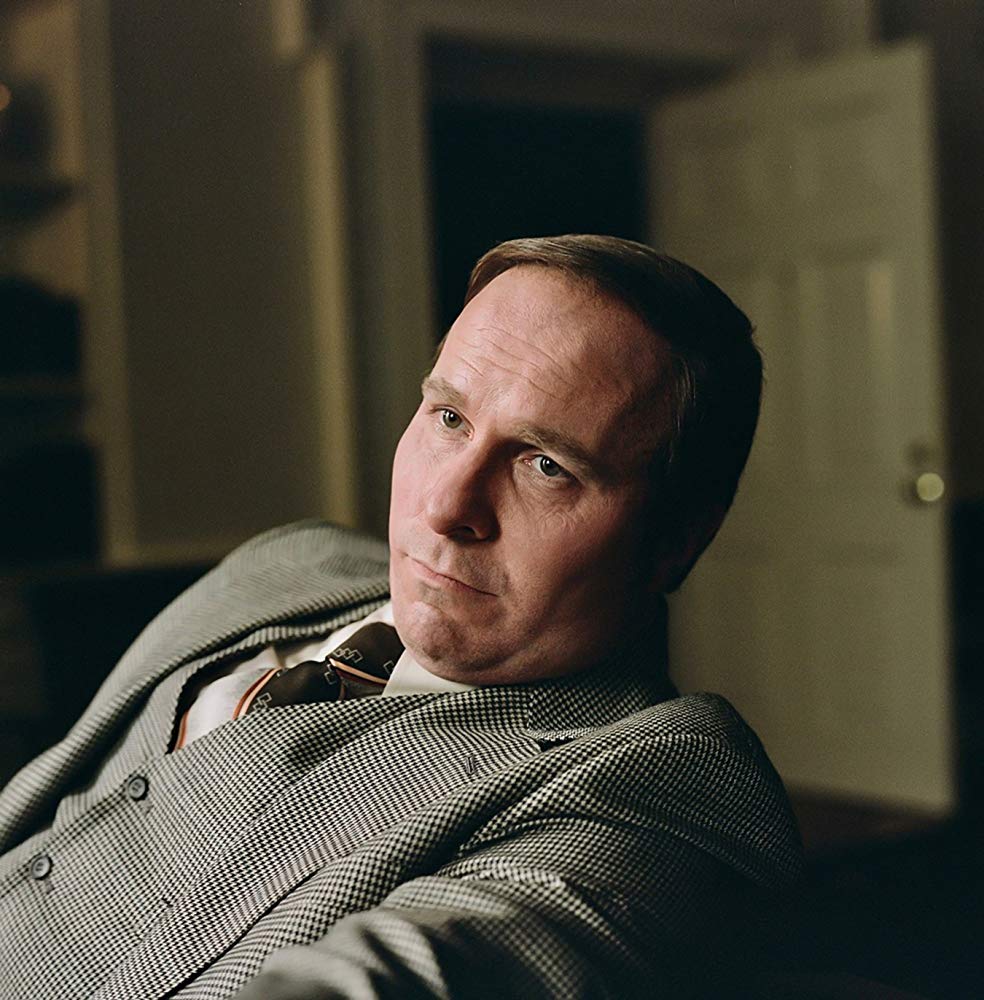 Moviemakers have fallen so in love with the new tools at their disposal that they are using them at a tough cost to the audience: confusion. Vice is a prime example. The political figures of our era are shown at different ages – young here, old there, handsome here, bald and fat there. The scenes shift at bullet speed while we try to sort it all out. That said, this is a movie full of revelations that never came through in the press at the time. The audience at the opening on Christmas Day was thoroughly absorbed as they made their way through the confusion.

The link, of course, is Dick Cheney (Christian Bale) who we meet as a young man who loves to fish in his home state of Wyoming. He is also an irresponsible drunk with no future until he marries the smart and ambitious (for him) Lynne (Amy Adams). From the moment of their marriage this determined woman begins to redesign her new husband. He is to dress right, talk intelligently, and stop drinking – or she will leave. He was tossed out of Yale for drinking.

As he leaves his old self behind, he quietly accepts her as his life coach. We begin to meet the characters who would later become entangled in the George Bush presidency – a disgusting Donald Rumsfeld (Steve Carell), Roger Ailes of Fox News, and a host of others with familiar names from that dark time.

Nixon resigns in scandal, Ford becomes a weak president, the Cheneys return to Wyoming, Reagan becomes president, Cheney has the first of several heart attacks, daughter Mary Cheney (Allison Pill) announces she is gay, Cheney becomes president of Halliburton Oil. If you think it’s easy navigating all this, it isn’t.

The summons from George Bush drops us into the most depressing part of the movie. Actor Sam Rockwell creates Bush as an overwhelming mediocrity and Cheney runs as Bush’s vice president. Halliburton, of course, gives him twice what he expected when he left the company, Bush wins by 537 votes, Scooter Libby becomes chief of staff, a Cheney granddaughter is born. Cheney sets himself up in offices in the Senate, the House, and in CIA, designs the invasion of Iraq, denies climate change, refuses rules against energy companies and assumes massive power when the World Trade Center is destroyed on September 11 th. Under Cheney, the U.S. tortures its prisoners and goes into Iraq and Afghanistan with encouragement from President Bush. Did I forget to mention that Vice President Cheney shot a man by mistake?

Are there any goods in all of this? Yes. Secretary of State Colin Powell struggles to do what is right but later labels his famous speech the most awful moment of his life. Cheney is accepting of his daughter’s lesbianism and loves both his daughters very much. This grim review is a loud howl that documentaries are trying to capture too much history in two-hour movies.