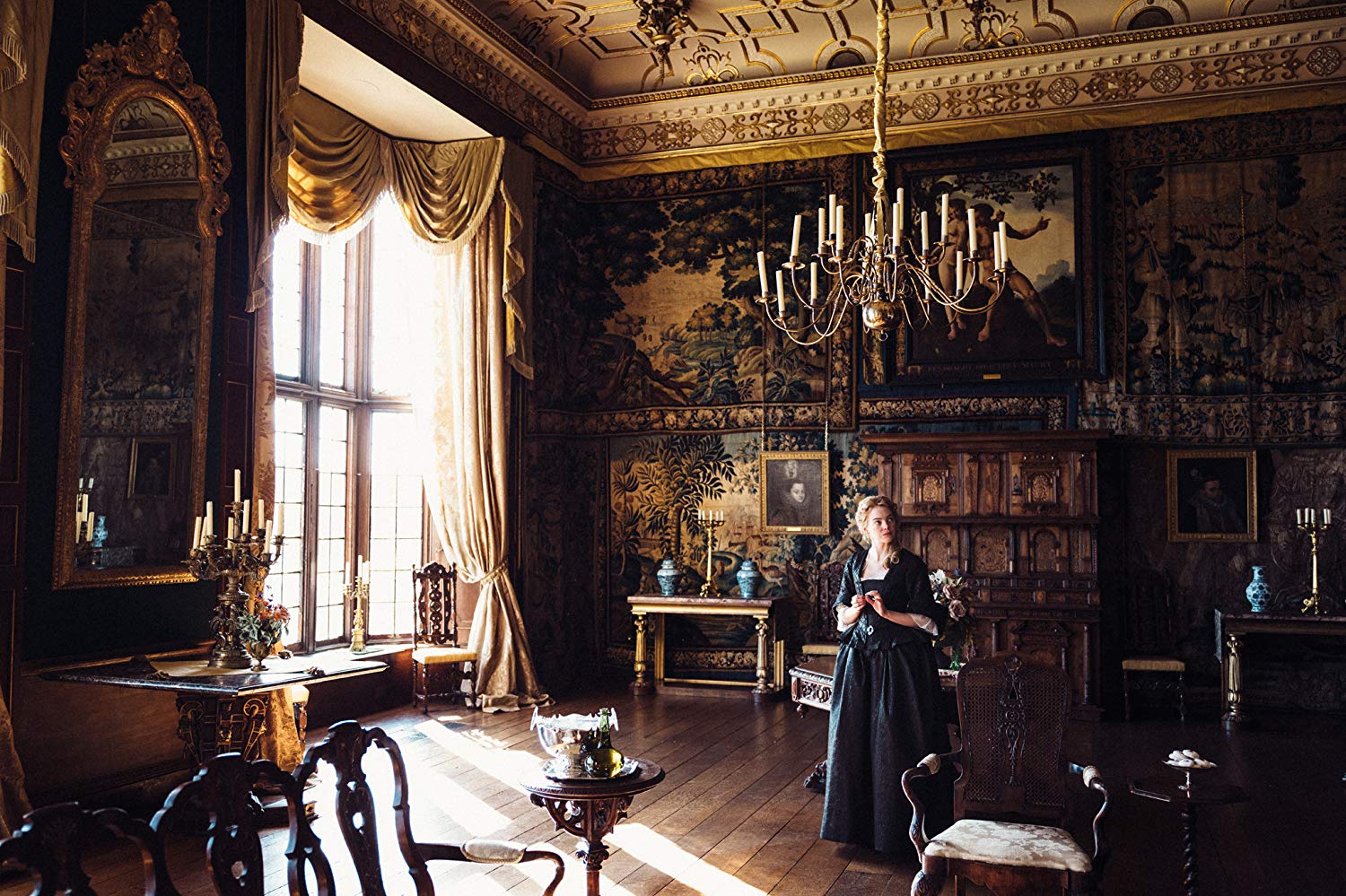 Favourite opened to a number of rave reviews and is in line for Oscar honors. I mention that because I thought the movie was intolerable. Let’s take a look at the positives first.

Set in the 1700s, it is a sight to behold. The castle where Queen Anne rules is especially beautiful, bathed always in the evening warmth of hundreds of candles and in the natural light of daytime. Against this fine background, the acting is predictably exciting. Olivia Colman creates the physically and emotionally unstable Queen Anne with great skill. Rachel Weisz gives us Lady Sarah, tough guardian and keeper of the unpredictable Queen. Abigail (Emma Stone) causes trouble in the palace as she plots her complex return to prominence after her royal family fell from grace into poverty and oblivion.

As the characters are introduced, the audience sits back in happy anticipation of what’s to come. We are watching first-rate competition among three selfish royals as each of them drives her cruelty into both the audience and each other with sharp verbal exchanges. As the drama unfolds, we are absorbed by the value systems of these characters, by the tools they summon to navigate their world. What’s more fun than watching three fine actors create trouble among themselves in the sophisticated language of their day?

And now, the unravelling. Writers Deborah Davis and Tony McNamara, along with director Yorgas Lanthimos, decide to drop our contemporary American culture into their marvelous 18 th century story. They bestow the foul slang and behavior of 2019 America on their three grand actors and it doesn’t work. Instead of humor, the repetition of today’s boring swearwords turns the movie into slapstick. Imagine the humor that might have come from soaking this movie in the slang of the 1700s.

As the swear words and sexual proclivities of 2019 are plugged into the 1700s, the cruel sophistication already created by the sharp witted, selfish competitors is destroyed. Couldn’t the writers have laced it with the outrageousness of the era? It’s refreshing to see a movie about women running their world even when every one of them is entirely self-absorbed. But this movie, promising in so many ways, is set to a terrible score and is immersed in the boring repetition of the four-letter words of our day.

Favourite began with a grand cast and a strong story. Wouldn’t it have been funnier if their collective outrage had been expressed in the dirty slang and cruelty of their time rather than mixing the language of two centuries? If the intent of the filmmakers is to show that two centuries apart, sex still runs everything, that’s dull stuff compared to the superb family fight in the beginning of the movie. We need a script revision so the truly fine actors – Olivia Colman, Emma Stone, and Rachel Weisz – can carry us through the feminine cruelty of the 1700s. The lazy foulmouthery of today doesn’t do them justice.