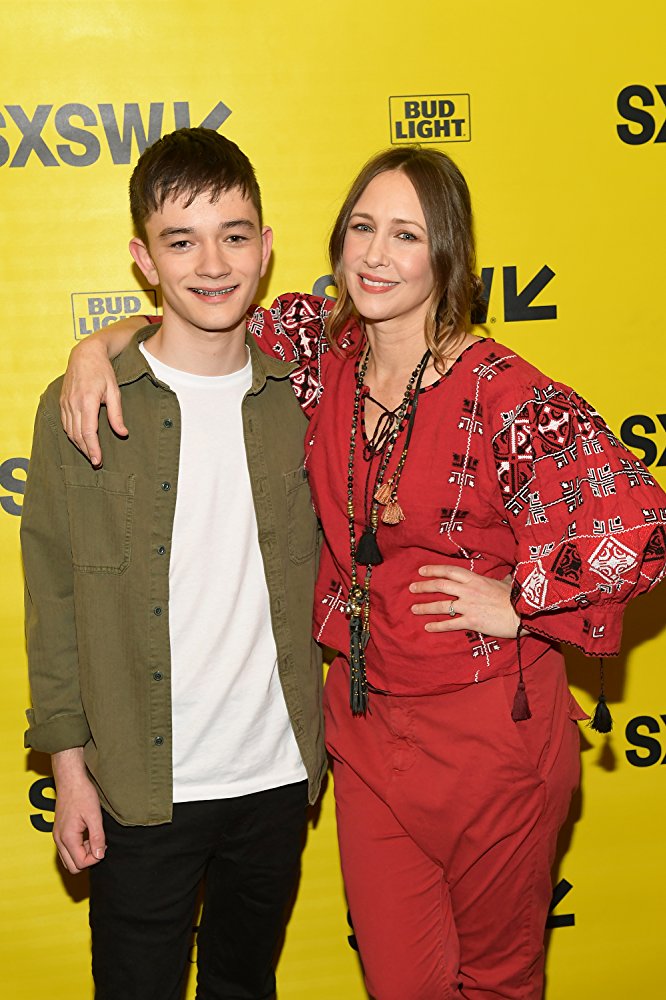 Boundaries is a family story shot through with smiles and a bucket of eccentricity. With lesser actors, this movie could have fallen flat. But the truly good cast makes it jump alive to the point that we roll between feeling sadness and affection.

Laura (Vera Farmiga) is the mother of Henry (Lewis McDougall). They live together in a house full of the dogs Mom acquires whenever she sees one who needs a home. Henry is an isolated student at school because he is an oddball artist who draws family and friends in their naked states and doesn’t mix with other students in any way.

Laura’s father, Jack (Christopher Plummer) has been kicked out of the old folks’ home and arrives to live with Laura and Henry. But Laura, with sore memories of her father, puts him, Jack, and a few favorite dogs in the car to drive south to Los Angeles to deposit him with her sister. The road trip is the gut of the movie and by the time it’s over, we know three generations of this family well.

Christopher Plummer unfolds his bizarre character quietly while using the road trip for his illegal drug deliveries. He enlists grandson Henry in his illegal doings. Oddly, that is perfectly credible because young Lewis McDougall creates Henry in such an original way that everything that unfolds makes perfect sense. He and his oddball grandfather convince us of their eccentricity (to put it politely).

When I asked myself why I was feeling a bit sad for Mom, I began to understand she loves both her father and her son even though she is no match for either of them. Add to that the fact that she cannot turn away from any dog who needs loving. She takes care of all of them.

Vera Farmiga does a fine job of thinking she is delivering her Dad to her sister and pulls us along with a smile as she, in her innocence doesn’t understand what her guys are up to. If any of us had five dogs in the car for that long trip, every one of us would start to come unglued. She creates a fine thoroughly rattled mother.

Christopher Plummer never overacts as the oddball grandfather. He simply creates a quiet, reserved, nut who reveals little of what goes on in his head. In spite of his character’s illegal ways, he makes Grandpa a criminal, but still a slightly lovable one.

It is Lewis McDougall’s Henry who is a genuine original. He lifts us into the world he inhabits as he draws his comic pictures, quietly helps his grandpa, and loves his mom. This is a young actor so right for his zany part that we wonder how on earth he can ever play another character.

Boundaries is an eccentric movie about a family of crazies. Some of you will love it. Others will dismiss it. I left the theater with a nagging curiosity about the personality of director Shana Festa.